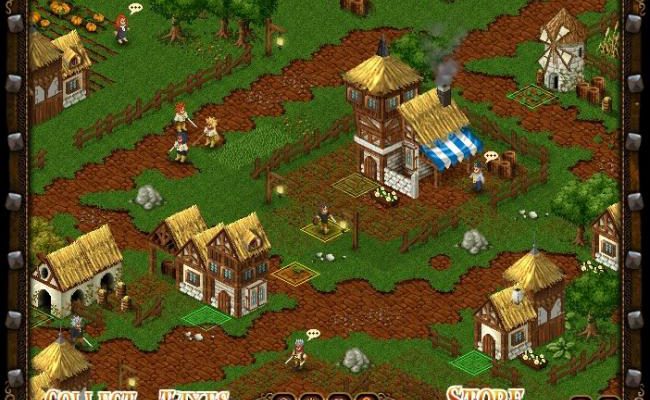 With repetitive quests and a few social features, Knight’s Quest is a disappointing dungeon crawling RPG

Knight’s Quest isn’t the kind of game you usually see on Facebook. It’s a dungeon crawling RPG, though it’s not as brutally difficult as most games in the genre. It’s a more casual take, but it’s also woefully repetitive and severely lacking social features. 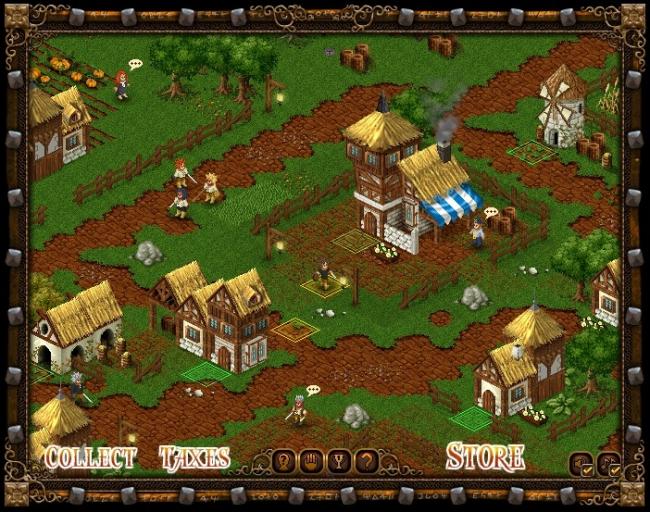 You play as a knight who, like all knights, has his very own village to run. Except you don’t really run it. You can’t add new buildings or decorations, all you can do is assign friends who are also playing the game to live in the various homes around town, which will earn you rent on a periodic basis. And that’s it. It seems like an incredible waste to put you in charge of a town yet not give you any control to improve or customize it.

What you can in town is walk around and talk to folks. Some people will have word bubbles over their heads, which means they have a quest for you. And these quests are where the dungeon crawling comes in to play. Every quest will send you down into underground dungeons, which are populated with monsters and the occasional bit of treasure, to perform a specific deed. Each time you enter the dungeons it’s a different experience, because the levels are procedurally generated. This means that, while the dungeons always look the same, the layout, including the ever important location of the exit, will be different. 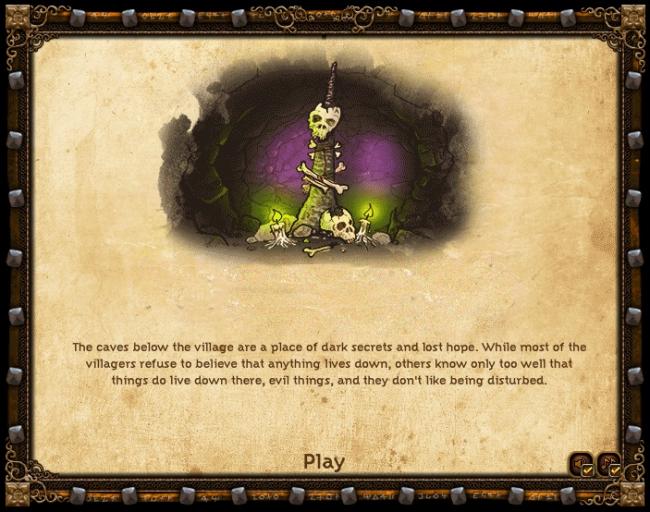 Exploring the dungeons consists largely of combat. Enemies will attack if you get too close and you’ll need to click on them several times to kill them or use an explosive magic spell. It’s simple and there’s really no strategy: you just need to click as quickly as possible. What really drags down the experience is the nature of the quests you’ll undertake. Almost every single one amounts to nothing more than going down and killing a certain number of enemies. Kills 10 spiders. Kill 50 spiders. You’re going to be killing a whole lot of spiders in Knight’s Quest.

Defeating enemies and completing quests will earn you experience, which makes you stronger, and cash, which you can use to buy new gear. You can pick up new swords, armor, and shields, but the options are pretty limited. It won’t take long before you have the best gear available. 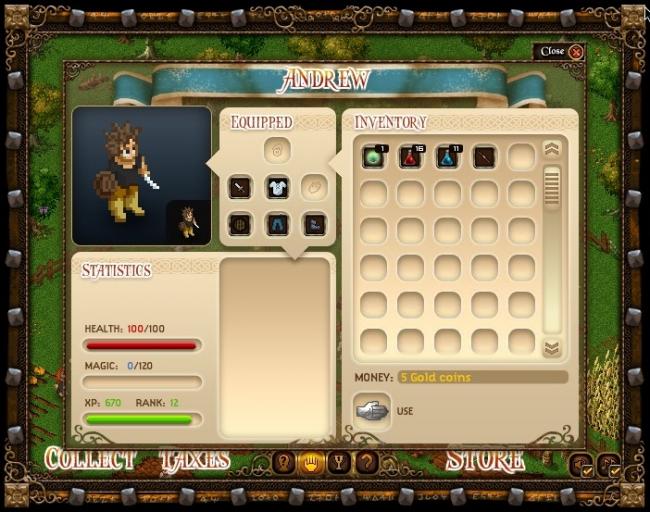 The lack of options and repetitive structure are especially disappointing because Knight’s Quest holds so much potential. It even sports charming, retro-style pixelated art . A fun, easy to pick up dungeon crawler with great social features is something we’d very much to play. But as it stands Knight’s Quest isn’t that game. There’s simply not enough to do in the game, and what is there is frustratingly repetitive. You can only kill so many spiders before getting bored.