Knights of the Sky Review 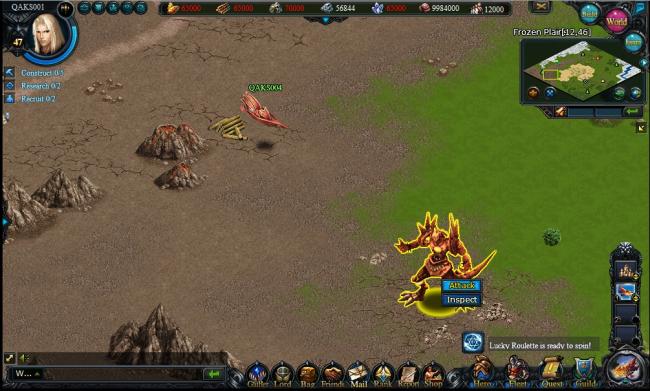 On the website where players can register to play, Atlus describes Knights of the Sky as a free-to-play MMORTS game. That description may not be 100 percent correct, but it is an interesting experiment: a browser-based strategy game with fantasy MMO and RPG elements and a heavy anime influence. It also doesn’t cost anything to try, if any part of the last sentence caught your attention.

The world of Knights of the Sky has a pretty standard set-up, with two factions (the not-very-creatively named Empire and Federation) competing for control. You can pledge allegiance to either side, controlling one of many Lords who soar above the land. That’s meant in a literal sense, too, since the game gets its name from the Lords’ floating cities and airships.

A brief tutorial introduces you to the quest system and eventually hooks you up with a sky castle of your very own. More than just a base of operations, your city has buildings for recruiting troops and organizing armies, plus a separate section of resource-generating areas (a Farm for Food, a Logging Area for Lumber, etc.). All of the structures can be upgraded as long as you have the proper amount of resources on hand.

Resource management is a big part of the game, and appears to be one of the biggest headaches as well. There are five different resources to stock up on, plus Copper coins which essentially act as a sixth. Just about every important task, including upgrading buildings and recruiting troops, costs you some amount of all six, making the system unnecessarily complicated. They’re also not perfectly balanced, as players short on Ingots and Crystals can attest.

Fortunately, the resources accumulate in the background for up to eight hours, and the cooldown timers on building projects tick down even while away from the game. That frees up in-game time for your Lord to get down to the business of questing, which usually means defeating a certain number of specific enemies, attacking a location or gathering items – also taken from the bodies of your defeated enemies.

Your Lord can’t go it alone, so he or she leads troops onto the battlefield. There are infantry, cavalry, and ranged gunners, plus more fanciful types like alchemists, mechanical juggernauts and dragons. Each troop class has its own movement and attacking pattern, kind of like a game of fantasy chess, as well as strengths and weaknesses against different kinds of enemies. The battles are turn-based (though they are very quick turns), which is why I said the description of the game as an RTS isn’t entirely accurate. 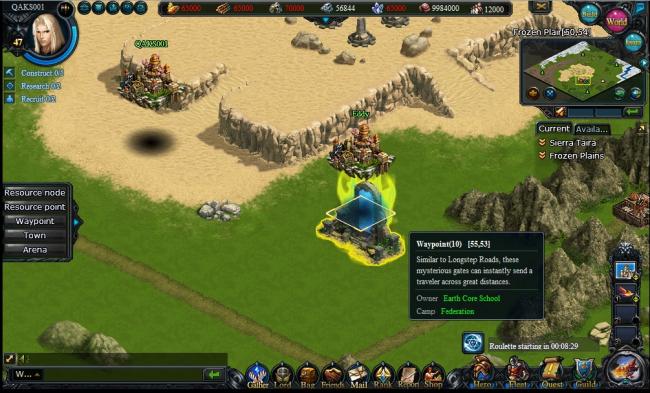 Since Lords can only command one kind of troop at a time, Heroes can be recruited to lead other groups and give your army more tactical flexibility. Both Lords and Heroes can equip special weapons, armor and other gear to give them various boosts, and they can eventually learn magic as well. Turning in quests grants experience to your Lord, but winning battles also earns XP for your Heroes allowing them to also level up in time.

The visuals on the battlegrounds and the world map are pretty basic, but NPC interactions and the character screens contain very detailed anime-style artwork. Conversations also contain the same kinds of innuendo and puns that you find in many anime series, which probably shouldn’t come as a surprise since Atlus is a Japanese developer.

The social features don’t rival those in a full-fledged MMO, but they’re pretty impressive considering we’re talking about a game you play in your browser. There’s a chat window with separate World, Faction and Guild channels. Heck, the fact that there are Guilds, period, is remarkable. 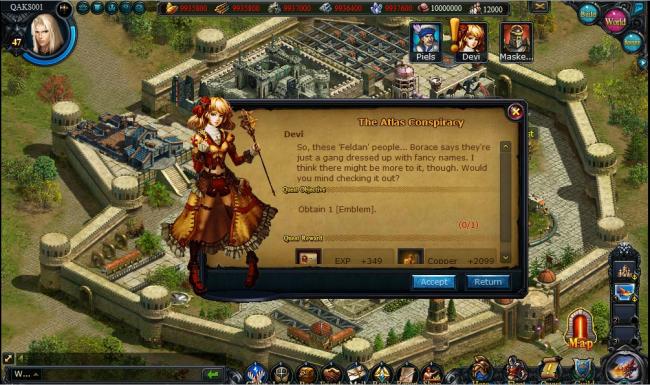 So far the community appears to be largely friendly and helpful, which is a good thing, because Knights of the Sky has a pretty steep learning curve. You won’t learn everything you need to know in the tutorial, and there just isn’t the forum or fan site volume a bigger budget game would have. That leaves trial and error and asking other players as two important tools, so don’t be afraid to use the world chat for help.

Atlus makes its money via a cash store where you purchase Crowns for use in the game. Many players deride this type of freemium system as “pay to win,” but most of the items you can purchase with Crowns are either cosmetic or aids to speed up resource gathering and the like, so this doesn’t feel like a problem area at the moment.

If Knights in the Sky could be summed up in one word, it would probably be “ambitious.” There’s a lot going on here for a free game you play in your browser, and the time commitment needed to learn how to really play it might scare off some casual gamers. Fans of Japanese RPGs and strategy games will definitely want to at least test it out, and it’s worth keeping an eye on to see how it develops from here.