Knights of the Crystal Review 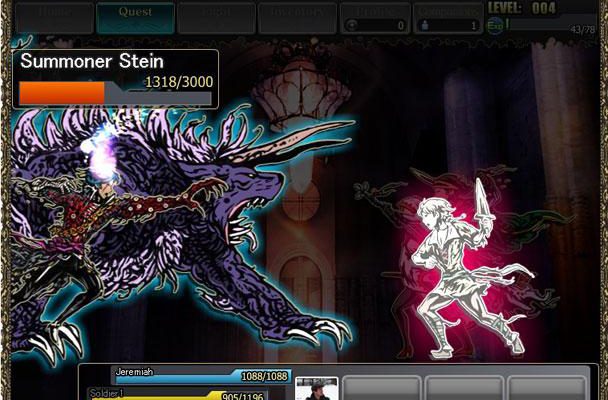 For a Square Enix title, Knights of the Crystals disappoints as an RPG.

I want to say that Knights of the Crystals is Final Fantasy for Facebook. I want to say that Square Enix has scrapped the overused Mafia Wars model of Facebook RPGs and bettered the platform with a crisp, new formula. Above all, I want to say that this is the Facebook RPG that we’ve all been waiting for. Sadly, I can’t. While Knights of the Crystals glimmers in several spots, its basic playset springs from the same mission system that new Facebook developers have borrowed to the point of abuse, and thus we’re left with a merely good game that masquerades as a masterpiece.

Ah, you say, but the characters were designed by the famed Ryoma Ito! Yes, it’s true that Ito’s work adds a certain visual flair to Knights that’s absent in many games of its ilk, and the comfortably familiar visual style does much to win over veterans of the Final Fantasy: Tactics series such as myself. But excellent artwork isn’t quite enough to distinguish Knights of the Crystals from its many cousins. Still, bosses have artwork that approaches the proper level of Final Fantasy awesomeness (beginning as early as the opening boss fight against a Behemoth), and with each character drawn in a type of perpetual battle stance, the conflicts visually resemble the appearance of the earliest Final Fantasy games. 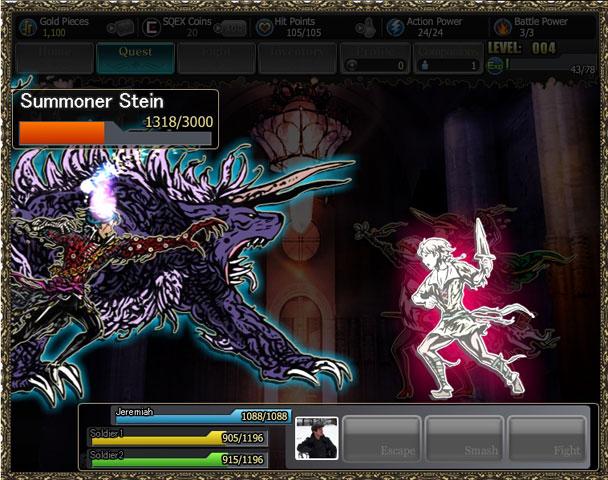 Fortunately, it’s not really just a resemblance. In the actual boss battles, you’ll fight your opponent with a small party using something approaching the series’ familiar turn-based combat with either your friends or NPC characters as fellow combatants. Best of all, you can even use some of the abilities your friends picked up while leveling their own characters when you have them in a party, and battles often require some skill since you’ll need to heal after certain blows. It’s easily the game’s most welcome nod to the series’ conventions, but it’s a pity that there’s not more of it. Even the player-versus-player option basically just amounts to a click, and sound, and a result based on stats and equipment. And thanks to the game’s tiresomely plodding mission progression, the boss battles themselves are few and far between, and from what we’ve seen, none of the standard missions can be interrupted by a surprise battle in the tradition of most Final Fantasy games.

Indeed, these missions are where Knights of the Crystals sags the most. Not only are they uninspired copies of Mafia War’s click-and-repeat missions, but thanks to their high energy costs and a slow energy regeneration rate, they’ll make up the bulk of your time in Knights of the Crystals. Even more tragic, the story itself is remarkably unmemorable for a series so known for its engaging storylines (Final Fantasy VII, for instance, is widely regarded as one of the finest game stories created so far), and the individual missions simply say things like “Defend the goblins atop the ice bridge.” Even character development is something of a disappointment since any armor or weapons you receive are simply thrown into an inventory stash. 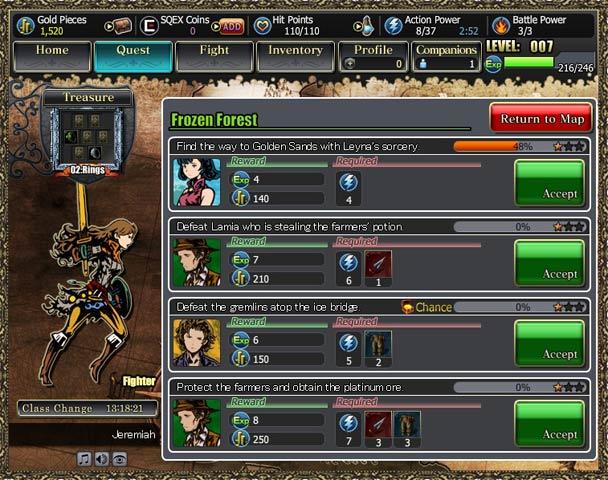 As a result, one gets the overwhelming feeling that Square Enix jumped into Facebook after hearing that companies like Zynga were making fortunes worth the GDP of some countries and simply sought to capitalize. Here we have little of the loving innovation that usually characterizes the company’s work; in fact, with basic gameplay that strongly mirrors that of Castle Age, it seems that Square Enix apparently took the curious route of mimicking popular Facebook games that were obviously inspired by its own creations. All throughout the game are annoying ads for items that can be purchased with the cleverly named “Square Enix Coins,” as if Square Enix failed to discover that such items are best bought when the player is so engaged that they simply MUST have them. 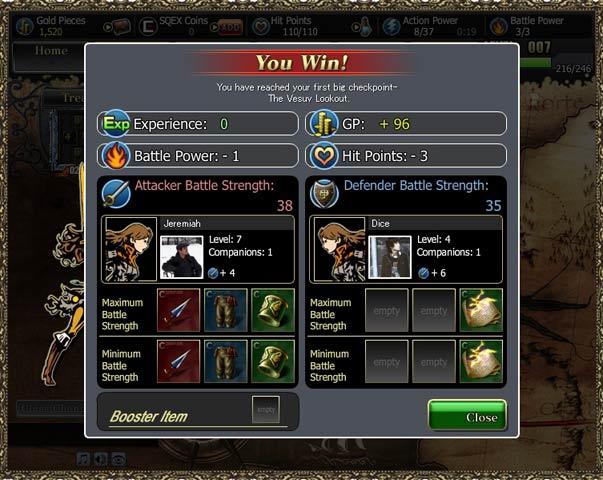 Knights of the Crystals never calls itself Final Fantasy, but with familiar creatures and even a logo taken straight from Square Enix’s flagship franchise, it’s hard to think of it as anything but. Long-time fans of the series will even chuckle at the use of “Crystal” in the title. But for such a gaming powerhouse as Square Enix, Knights of the Crystal is a tremendous disappointment. It only toys with the turn- based combat mechanic that could have distinguished it from so many other Facebook RPGs, and it spends most of its time borrowing heavily from other, better Facebook games. While it’s not a terrible game, most social gamers will find their time better spent elsewhere.