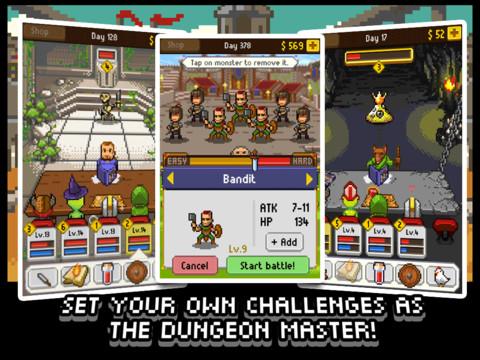 The pen is mightier

Ever wish there was a mobile RPG about the pen-and-paper role-playing games all of us good nerds enjoyed growing up? I’m not talking about an adaptation, but a game that’s actually about those classics. If that sounds too meta to be true, you need to spend some time with Knights of Pen & Paper by Behold Studios, a game that manages to celebrate and skewer many conventions at the same time.

Like any good fantasy role-playing session, your Knights of Pen & Paper saga begins with a couple of players, a GM, and a table. Your party of adventurers can eventually grow to include five characters, but you’ll get underway with just two – presumably waiting for the others to get home from school or work. You’ll get to pick from a dozen different archetypes like the Jock, Nerd, Pizza Guy and even Grandma, each with their own unique bonuses, to take on one of six classic RPG classes.

Once the character selection is out of the way, the GM will set the scene for your first quest, which is to escape a tower where your party is being held prisoner. There’s no hand-holding here, but it’s not too hard to figure out the turn-based combat system as you defeat the prison guards. Every character and enemy acts in order of initiative, with a row of icons appearing at the bottom of the screen when it’s a party member’s turn. Oh, and your warriors never physically leave their seats while fighting. Game about a game and all.

You’ll also quickly learn that since you control the GM, you can set the difficulty for each fight by choosing what kind of monsters you’ll face. Each location has its own set to pick from, and while a boss battle or random encounter while traveling will occasionally take the decision out of your hands, most of the time the risk/reward ratio is up to you. The higher the challenge, the more gold and XP you’ll get for winning.

Gold is important, as you’ll need it not just to visit the Enchanter and Blacksmith in friendly towns to buy better items, but also for getting around. Though your adventures begin in the appropriately named Default Village, you’ll soon find yourself hunting for items, rescuing NPCs and slaying monsters for people in various locations, provided you’ve got enough coin to get there. Proving that money is power, gold can also resurrect the dead, though a complete party wipe can be undone for free so long as you don’t mind being transported to the nearest town and losing all XP you’ve earned at your characters’ current levels. 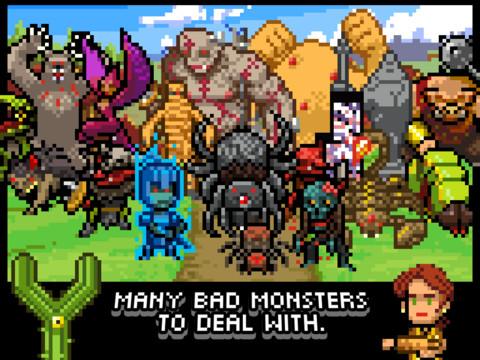 All of the action is depicted in glorious eight-bit style for the proper retro feel. Despite this limitation, the Behold team managed to program in things like clouds moving through the sky and flags blowing in the wind. It probably goes without saying that the soundtrack also calls to mind RPGs of the past. In any case, you don’t exactly need a retina display to enjoy this game to the fullest.

The developers also make it clear that Knights of Pen & Paper has its tongue firmly in its cheek. Players whine about the difficulty of some battles and scold each other for not staying in character. The pop culture references are numerous and easy to spot. You can even defeat the developers in the game (and then use them as archetypes going forward) and upgrade the table, snacks and room décor to earn more bonuses for your party. It doesn’t get more meta than that.

The initial campaign has areas for characters up to level 40, which should keep you adventuring for a while. An arena mode can be unlocked for 200 gold, with additional content hinted at after that. You can buy more gold for real money if you somehow run short, though that’s an expense on top of the initial cost of the game. 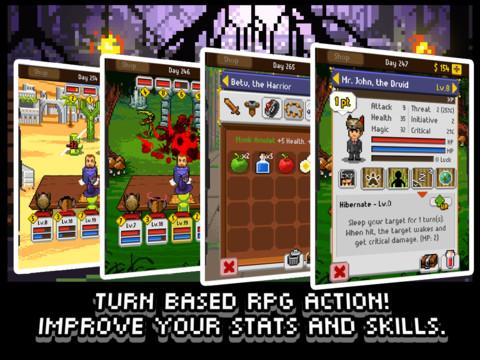 Still, that’s money well spent if this sounds like your kind of nostalgia trip and you’ve got an iOS or Android device. Behold has plans to bring Knights of Pen & Paper to PC too, so this particular walk down memory lane should be available to an even larger group of players in the near future. As Martha Stewart might say if she was into D&D in her younger days, that’s a good thing dungeon master.

The Wizard of Oz Review