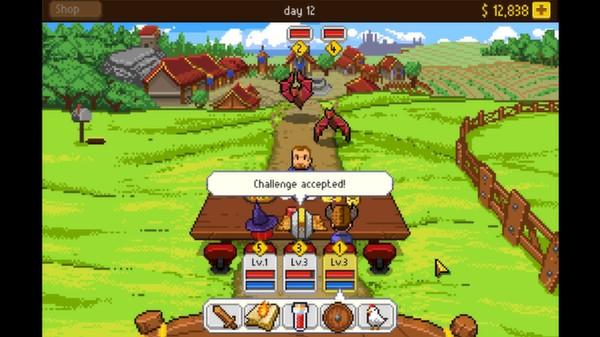 Isn’t everything better with a +1 in tow?

When you’ve got an already awesome retro RPG, there’s only one thing to do to make it even more awesome: make it +1, naturally. Okay, sure, a +3 game would be even better, but let’s not get greedy. Knights of Pen & Paper: +1 Edition brings the same charm and adventure of the original release to PC, Mac, iOS and Android, allowing even more people to get in on the fun.

When last we left our intrepid group of role-players, they were defeating the Black Mage and saving the Pen and Paper world – and possibly the “real” world as well. If you’ve already played through that campaign, you can relive it in the +1 Edition, but there’s a whole lot of additional content on top of it.

As it turns out, the Black Mage was only the beginning. There are even greater dangers lurking beyond, and the story from the first game that had so much fun poking holes in the fourth wall now threatens to knock it down completely. Without venturing too far into spoiler territory, just know that you’ll be dealing with extra-dimensional invasions, monsters near the game master’s house, and a friendly but mysterious man named Nabe Gewell (zero points for figuring out who he’s supposed to be).

Several dungeons are also welcome additions, as they serve the dual purposes of testing your party and taking you back down memory lane. Each dungeon room brings with it a random encounter roll by the game master, which could result in a trap, a monster fight, a healing aura or treasure. I played a lot of D&D as a young lad, and this definitely took me back. 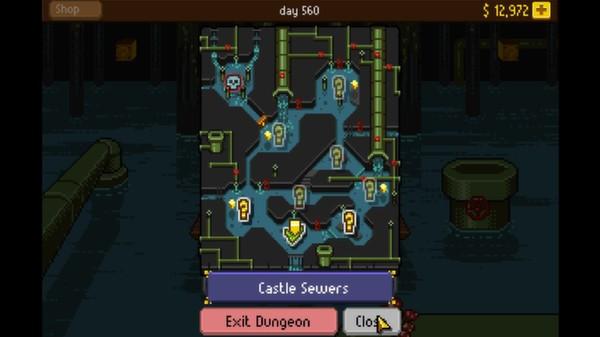 The final dungeon is especially challenging, which is why it pays to experiment with different combinations of character classes. The new tavern comes in handy here, allowing you to stash characters away for later retrieval. For me, this meant placing the Knight on hold for a bit so I could explore the Necromancer and Shaman, two unlockable classes with interesting and powerful abilities.

All told, the amount of new content is significant. As a frame of reference, I finished the initial campaign and most but not all of the side quests in 477 in-game days. It took me almost 500 additional days to tackle the new quests and dungeons, and you can expect to get even more playtime out of it than that if you want to level up additional characters. The only real downside is that some grinding will probably be required if you go that route. 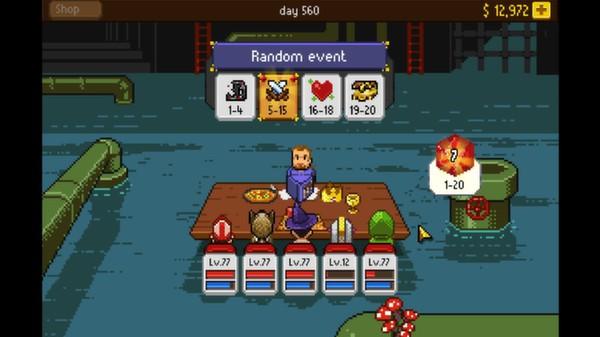 The Deluxe Edition sold on Steam even has an answer to that predicament thanks to the Farm Village, which – as you might expect from creators who play with genre conventions like the folks at Beyond Studios – is for farming experience. Additional goodies include a Yellow Wizard bonus character, four sci-fi-themed items for the role-playing room, and a treasure chest with 800 gold. It’s enough to make you seriously consider paying the few extra bucks for the upgrade.

Of course, if you already purchased the original Knights of Pen & Paper for iOS, then congrats, because you got bumped up to the +1 Edition for free. If you’re only catching up with this title now, you probably owe it to yourself to take the latest version for a spin. It’s a treat for anyone with love for old school fantasy RPGs of either the tabletop or video game variety, and an even tastier one now.