Home / Reviews / Knights of Pen And Paper II Review: Are You In on the Joke?

Knights of Pen And Paper II Review: Are You In on the Joke? 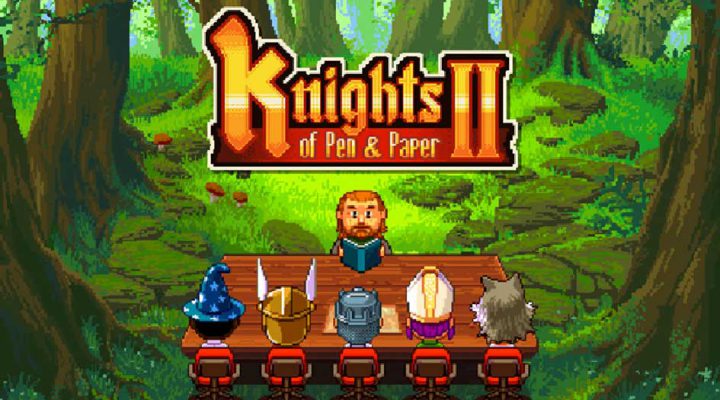 A similar mix of classic RPG play with parody of the same that worked well before.

Graphics and audio upgraded from 8-bit retro to 16-bit retro.

Additions to the gameplay add just the rignt amount of extra thinking.

Humor not as broad or inclusive as the first game's.

Crafting system nice but largely falls by the wayside.

Sequels are said to be hard, and if you don’t think so, the Wachowskis would like a word with you. Also Joss Whedon, George Lucas and many others.

It’s just as true in mobile games as it is in movies, particularly when the game in question has a unique voice and a new developer is in the mix for the follow-up. Knights of Pen and Paper II tries hard to recapture the magic of its predecessor by simultaneously reveling in and poking fun at RPG tropes, but while there’s still plenty to admire, it’s not quite as engrossing as the original.

We’ll start with the story, because that was a huge part of the appeal of the first Knights of Pen and Paper. This one starts with a bit of inside baseball for fans of tabletop role-playing games, as there’s a powerful clash of editions for the game within the game that threatens the inhabitants of Paperos. The Paper Knight wants to convert everyone to the rules he favors, and he seems too powerful for anyone to stop. This, of course, is A Big Deal (trademark application filed) for real life pen and paper RPGs, so it’s working on the same level as some of the storytelling from the original game. 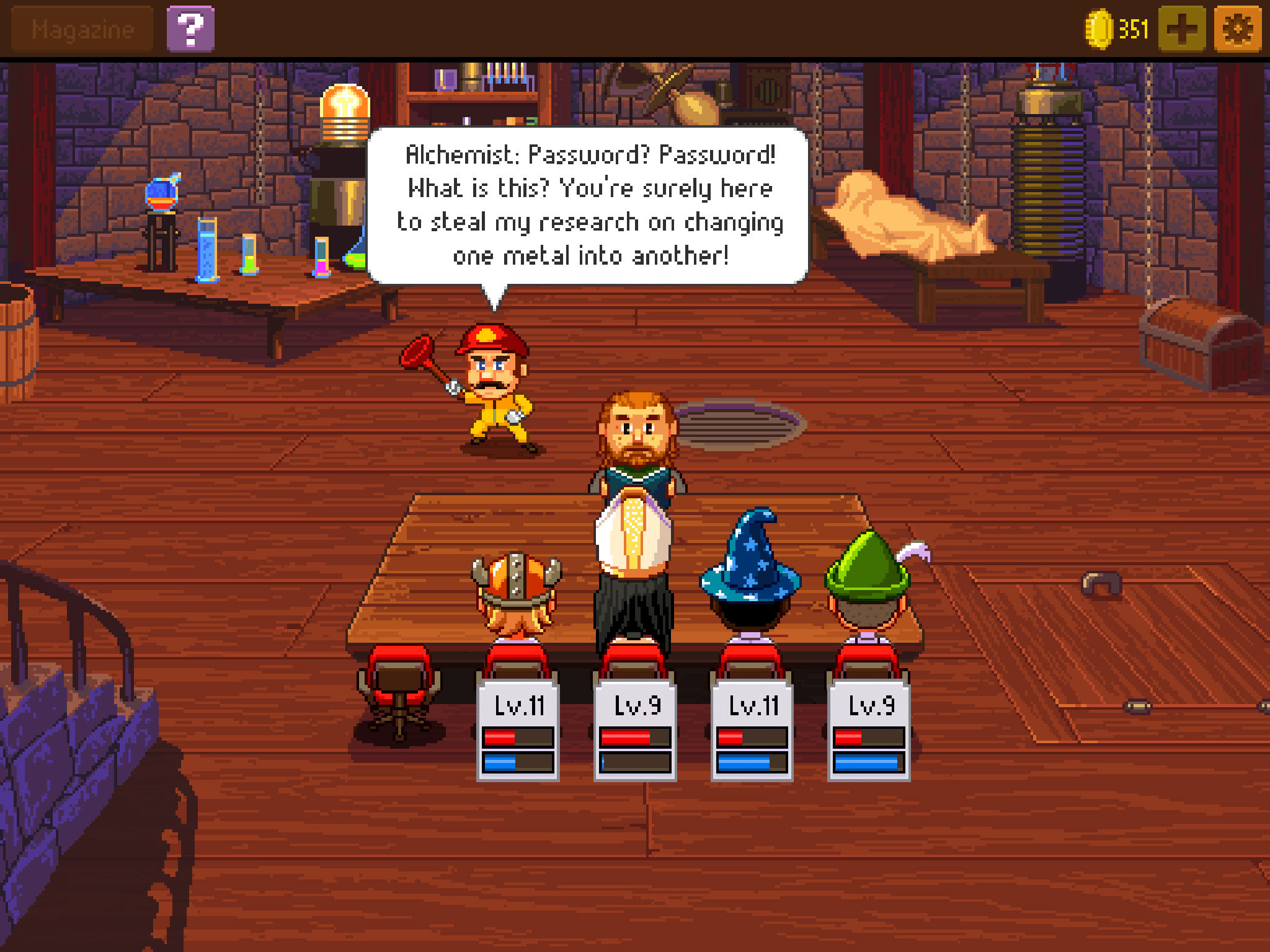 The difference is that last time out, Behold Studios gently played with the Fourth Wall for a while before toppling it, while KYY Games pretty much demolishes the concept right from the start. You’re always aware that the game is really about games, which makes the plot twist toward the end not that much of a surprise. Heck, if you played the first Knights and Pen and Paper and don’t see how this game is going to turn out before the end, that’s on you.

And while there’s still a mix of pop culture references and topical humor to go with jokes about gaming and gamers, there isn’t as much of the former this time around. I will say that what did make it in is still funny, plus there are moments when you have to make decisions that can affect the way some of these encounters play out. 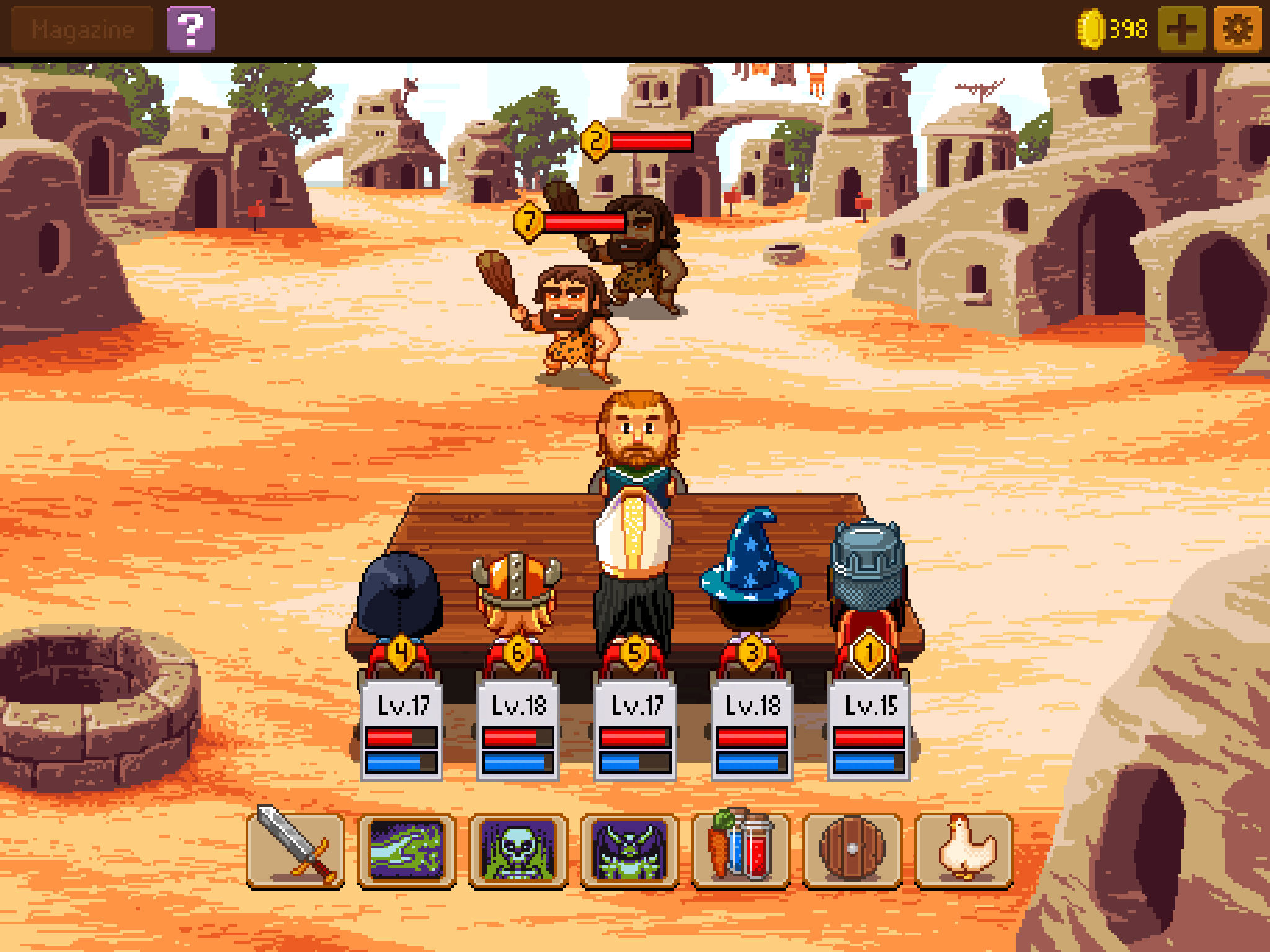 Gameplay has also been spruced up while remaining within the same basic framework as before. Combat is turn-based and follows an initiative system that you can manipulate a bit, but not control. New this time around are positioning — you need certain skills and spells to hit enemies in the back row, or else you’ll need to clear out the front row first — and attributes for your characters that affect saving throws made against certain conditions. These new additions make you think a little more during tougher battles without upsetting the entire apple cart, plus the UI has been nicely updated to make it easier to exercise your extra options.

A more robust crafting system is also included, improving the previous game’s method of simply gathering enough grindstones to level up the blacksmith until he could reliably make what you wanted (itself the subject of an in-game joke, because of course it is). That’s nice, but you can beat the game without ever needing to craft anything cool, so it almost seems unnecessary.

Part of the conceit is that the game relies on a 16-bit feel instead of 8-bit, drawing on a different era of nostalgia for the graphics and soundtrack. Both are suitably attractive, and are among the best things KYY Games bring to the table. So, too, are the text descriptions of different rooms in the dungeons, instantly transporting you back to an era when you had enough time to play actual pen and paper RPGs — and if you still do, congrats to you, sir or madam. You are winning life.

If you’ve somehow never played the first game and are in the wheelhouse for the inside jokes that Knights of Pen and Paper II relies on so heavily, you’re likely going to find it a creative and clever revelation. For people like me who were spellbound by the previous entry in this series, it’s fun enough to be worth the time to play through, even if it’s not going to give you the glazed-over stare of someone who’s fallen in love. In other words, it gave me the same feeling I had when I saw Avengers: Age of Ultron.

Sequels, it turns out, really are hard.