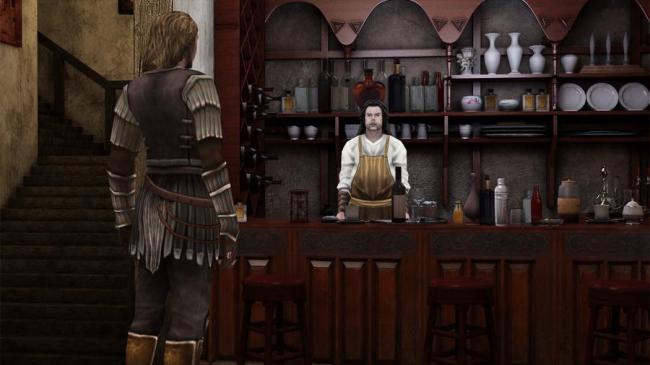 Medieval point-and-click trilogy gets off to a shaky start.

The first episode in a new series is very important. It sets the stage for the games that will follow and, if it’s good, will likely entice players to continue playing the subsequent episodes. The first episode of Knights in Shining Armor doesn’t do this. In fact, calling it an episode is even a bit of a stretch. This is easily the shortest adventure game I’ve ever played, so short that it’s hard to tell what the game is even about.

Knights in Shining Armor begins with two people talking, which is something you should get used to. Virtually the entire game is comprised of listening to people blather on endlessly. In the opening, this blather is relegated to two men. With no introduction whatsoever, you’ll hear the two discuss various subjects, which, due to the lack of an introduction, are completely meaningless. But eventually you’ll learn that one of them is Prince Rupert, who’s the protagonist. He’s in an inn in a strange land searching for his wife. I think. In spite of all the dialog, what’s actually happening in the game is never made clear.

You’ll talk to a few characters, get a map and a compass (to help guide you around in future episodes, presumably), but you’ll never once leave the comfort of the tiny inn that the game takes place in. You don’t get to really learn anything about any of the characters in such a short period of time, aside from the fact that Rupert is kind of a jerk who thinks quite highly of himself. The excessive dialog is neither interesting nor entertaining, providing little incentive for you to actually care what’s going on.

The game plays out like a traditional point-and-click adventure game. You’ll control Rupert from a third-person perspective, and your cursor will turn gold whenever it floats over an object or person you can interact with. You’ll collect a few items–though you won’t be using them very much–and these can be combined in order to perform certain actions. There’s also a grand total of one puzzle in the game: a relatively simple sliding block puzzle. You could likely finish the entire game in around an hour. 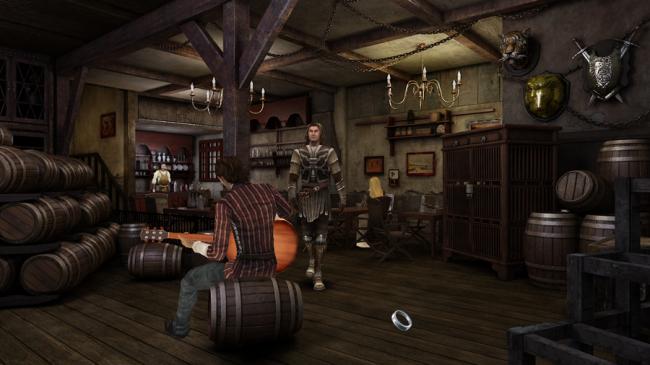 Knights in Shining Armor also both looks and sounds bad. The characters are lifeless and ugly and they animated very poorly. Worst still, their faces feature no expression at all, so when two characters are talking it’s virtually impossible to tell who’s saying what. And while the voice acting isn’t as terrible as the dialog, it’s definitely of poor quality. Many of the characters sound as if they’re talking via a bad Skype connection.

Really, Knights in Shining Armor feels more like an introduction of a full game than a complete episode. You learn virtually nothing about the story and do so little in terms of actual gameplay that it’s hard to even consider this a full game. And it doesn’t help that it features some terrible production values as well. This may be the start of an interesting new series, but this first episode certainly doesn’t instill much hope.