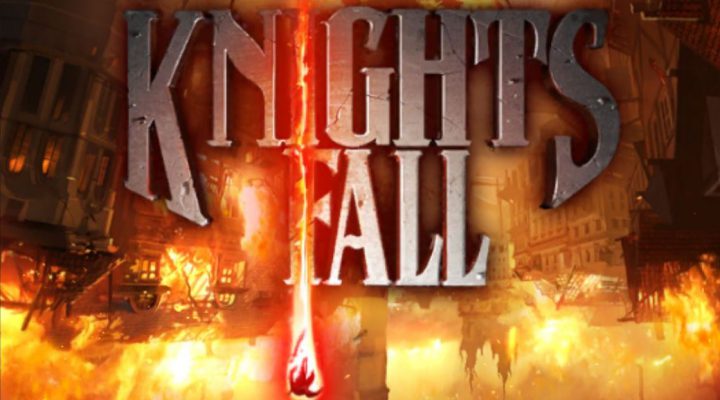 Multiple game modes to unlock if you find yourself having fun.

Too often lacks the control you'd like to have.

Story not particularly original or memorable.

If we’ve learned anything from mobile games over the past few years, it’s that you can combine just about any two genres or gameplay concepts in a single title. The bigger question is simple: should you? Knights Fall mashes up the seemingly incompatible worlds of fantasy RPGs and pinball, and unfortunately, it doesn’t come up with a definitive answer.

To be clear, it’s only one aspect of pinball that the team at Carbon Eyed works with, and it’s putting the ball into play with the proper touch. For you youngsters out there, that used to mean how hard you pulled back on the spring launcher; here it’s controlled by a slider along the right side of the screen that allows for true one-touch play.

The big an obvious difference is that (for reasons never made clear in the game’s narrative) instead of hurling metal balls at targets, you’re actually launching your troops into action. Maybe they are reluctant fighters and need some extra motivation before rushing into battle? Whatever the case might be, you start the flow of soldiers using a button in the lower-right corner, and then they stream forth constantly, directed by how you position the slider. 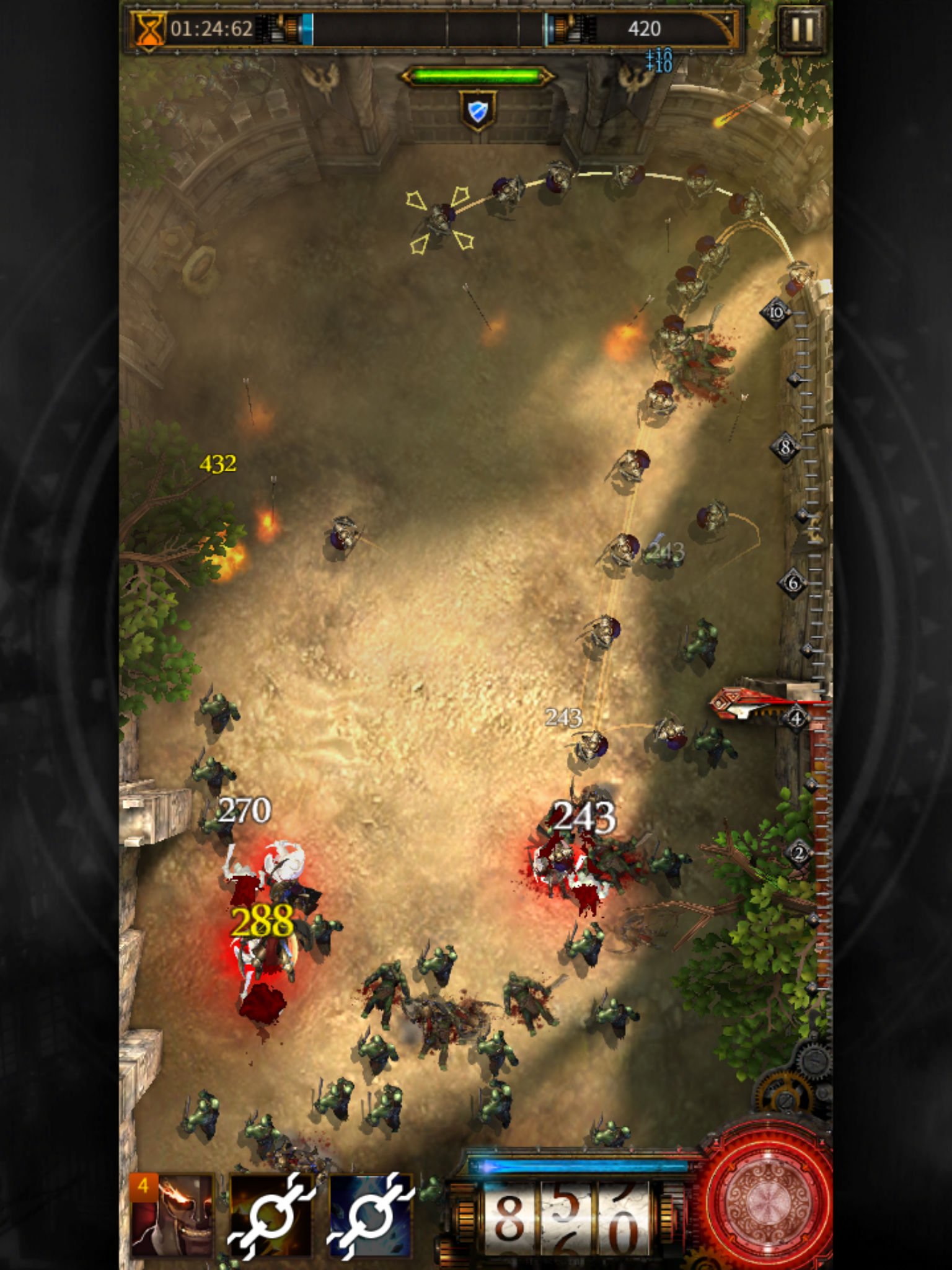 Knights Fall actually makes use of this unusual setup in some clever ways. Some levels are more like puzzles, where you need to guide your troops to a specific point by making precise shots and either avoiding or smashing through obstacles. Other times, you’ll have to defend a point at the top of the screen from attacking forces or win boss battles against large enemies like Orc Tanks. In almost every case, you have a limited number of troops to fire before you fail a level, so there’s some urgency to everything that you do. 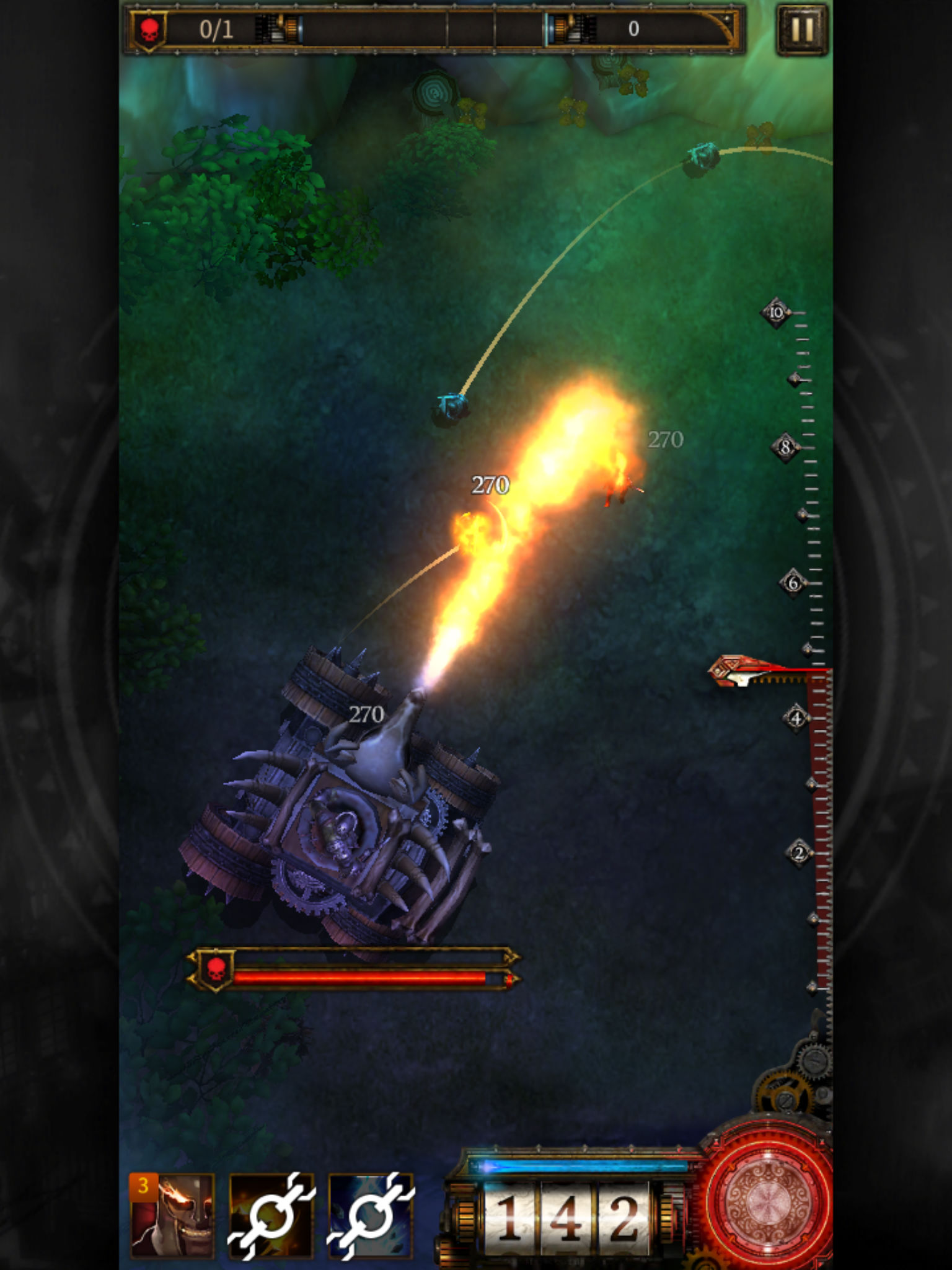 Eventually, you end up with multiple tools at your disposal to accomplish these tasks, including special abilities like Rage (which increases your soldiers’ attack power for a brief time) and Explosion (exactly what it sounds like), as well as the ability to speed up the flow of troops by holding down the launch button. Time also slows to a crawl any time you move the slider, so you can modify where your soldiers are being aimed. That said, there are many, many times in the course of play where you feel kind of helpless and moving the slider doesn’t have the effect you’d expect. The end result is that the action often feels more random than you’d like.

The RPG elements are also not as pronounced as one would be led to believe. There’s definitely a story going on, what with a human empire and Orcs invading, and you can collect and level up Heroes to help your side of the conflict (that’d be the humans, in case you were wondering). But it all just kind of runs together and washes over you, and the top-down perspective during gameplay, while appropriate for the pinball mechanic, takes away from the visuals as well.

If you do end up getting drawn in by Knights Fall, it works as a score-chaser and presents additional game modes as you level up. It just doesn’t seem to have much magic inherent in its noble attempt to combine pinball wizards with the fantasy variety, meaning our query about whether any two things can be thrown together successfully in a mobile game is going to remain unanswered for now.

Resynth Review: Listen To This Puzzle