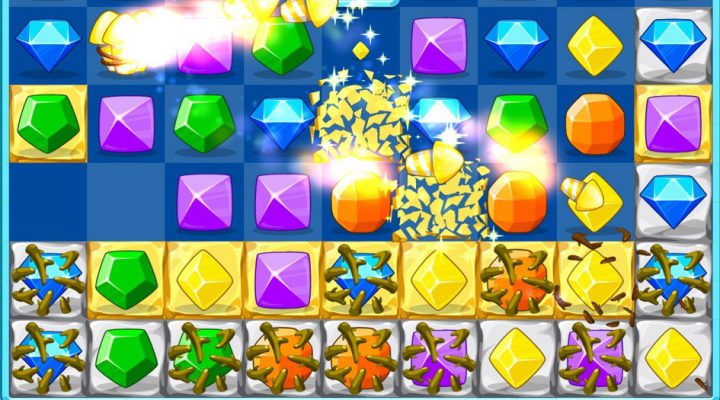 If you do an online search for Ukrainian game developer Playfo, you’ll find their company tagline reads, “Just another game development studio.” Perhaps meant to be funny, this motto ends up being prophetic, since apart from one or two mildly interesting twists, the company’s match-three game Knight Girl is no more than just another match-three game.

Like so many games in the genre, the idea is to match colored gems. (Is there some kind of unwritten law that prevents developers from creating other icons? Enough with the gems already). Playfo at least tries to add context to the gem collection by creating a heroine for us to identify with—a buxom blonde in an incongruous suit of armor. This generically-named “knight girl” teaches you how to play by working her way through a handful of faux fencing matches, then as knights are known to do, sets out questing. Along the way she meets various people who need help finishing tasks, and that’s the game’s fictional excuse for gameplay. 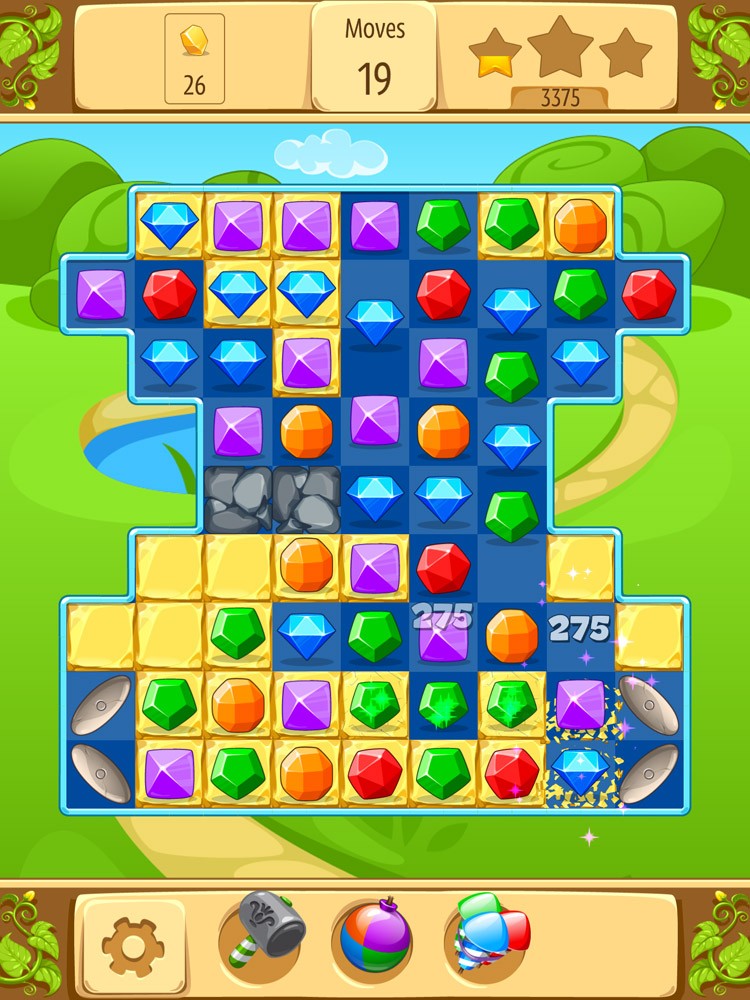 Though the idea of narrative is good, what’s added here doesn’t make much sense. Sure, knights are supposed to help those in need, but since when do they forgo heroic deeds to harvest produce or gather a merchant’s scattered wares? Knight Girl doesn’t do many knightly things, and apparently is more interested in grunt work than greatness. This feels like such a lost opportunity, since the match-three mechanic could have been used to much more dynamic, adventuresome ends.

Ignoring the concept/gameplay mismatch, Knight Girl is reasonably, if not memorably, entertaining. It starts very easy and becomes more challenging around level twenty. Along with gems, it contains all the usual elements: powerups that rocket through rows and columns, explode large rectangular areas, and or flit around the board eliminating gems of a single color. It also provides the usual obstacles in the form of stones and silver/gold cells that have to be matched repeatedly to be removed. All this is basically “business as usual” in the world of match-three, but it’s modified a bit by the addition of static reflectors. 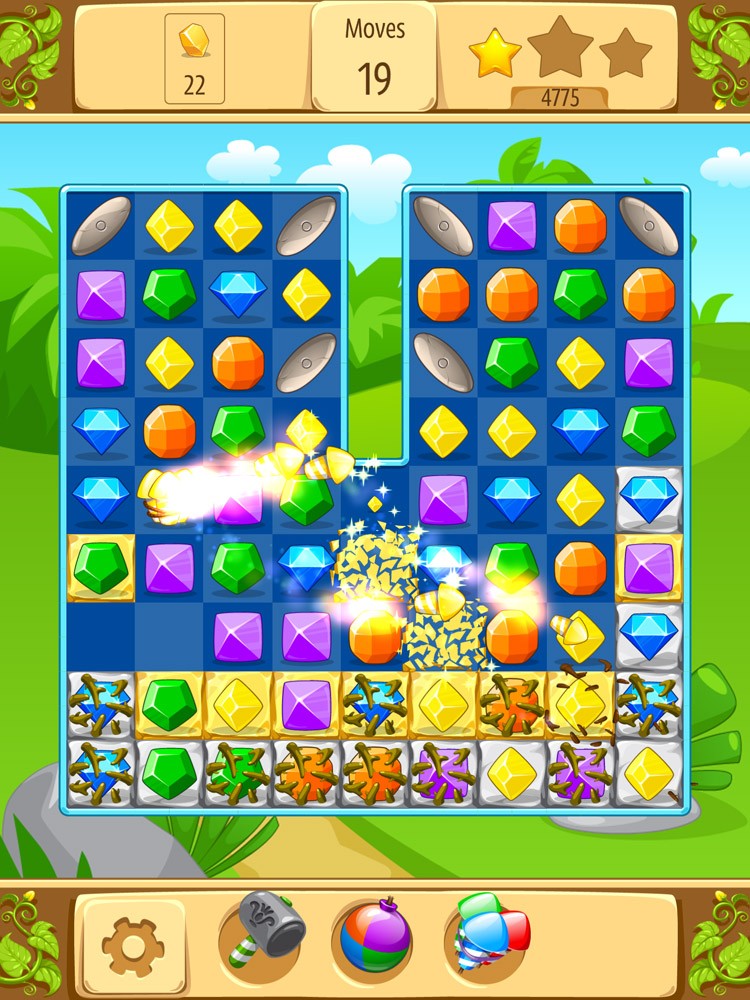 As the name indicates, reflectors are used to reflect certain powerups around the board. Although they can’t be matched, they can be rotated so that when powerups bounce off, the direction they travel is controlled. Reflectors serve to add a much-needed layer of strategy and make tricky board configurations significantly easier. If you can’t get the hang of reflectors though, you can wait a little and try again (life-recharge time is fairly short) or buy powerups with real money or free in-game currency (gathered by opting into the game’s social media components).

From a sound and vision standpoint, Knight Girl acquits itself admirably. The heroine, backgrounds and supporting characters are attractive, and visual effects are simple but appropriate. Playfo also did a good job casting the voice of Knight Girl. She’s youthful and girlish without being irritating, and she’s backed by a catchy musical score that would work perfectly in the background at a Renaissance Faire.

Knight Girl is a good-looking, professionally made game that’s not bad, but not particularly interesting. It offers a decent (if unimaginative) challenge, a semi-strategic twist through the addition of reflectors, and a fast recharge. It misses the mark though, when it comes to marrying context and gameplay, and its lack of innovation ultimately makes it “just another match-three.”