By Simon Reed | 3 weeks ago 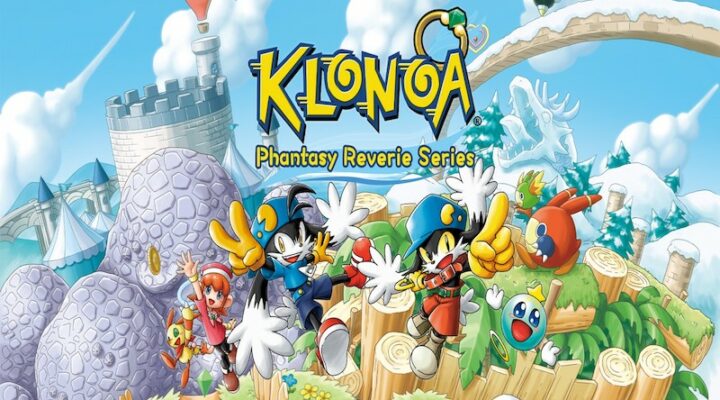 There was a lot of excitement surrounding Klonoa Phantasy Reverie Series coming to the Switch. The Klonoa series is one that’s often considered to have been dealt a bad hand, never gaining the attention it supposedly deserved.

Sadly this Switch collection – which puts together remasters of the Playstation One’s Klonoa: Door to Phantomile and the PS2’s Klonoa 2: Lunatea’s Veil – is not the best way to convince anyone of the series’s supposed greatness. In all honesty we were slightly underwhelmed.

They’re both 2D platformers, but you go through 3D environments on a set plane – with occasional multiple paths to choose from. This is in all aid of plots that are quite frankly tediously told, with maddeningly overlong cutscenes considering the simplicity of the game themselves.

You’ll often bump into characters who have very little interesting to say either, with dialogue that’s often teeth grindingly dire. There’s also far too much hand holding with every early step seemingly followed by a pointless tutorial segment.

There’s an enjoyable core mechanic where you grab enemies and use them for various means – one allows you to jump higher for instance, and you can also shoot them at one another.

This is a simple mechanic, but it’s one that’s used in a range of interesting ways. As mentioned there are multiple paths when you’re working your what stages too, adding a welcome adventurous wrinkle of variation to a recognisable formula. Unfortunately the port work here isn’t acceptable, with the frame rate often chugging badly – shocking considering the age of the titles and the innate simplicity of the gameplay.

It makes these games clunky to play in a way we wouldn’t expect considering the asking price. These should be the slickest and the best versions of these two titles yet seen – that they aren’t is shameful.

It’s not as if these are extensive adventures either – Door to Phantomile takes three hours to get through, and Lunatea’s Veil four. At a push. At their core these are perfectly entertaining games, but are bewilderingly poorly presented. If we are to keep receiving ports of older titles on the Switch we should certainly be demanding ones that are put together with a bit more effort than this.