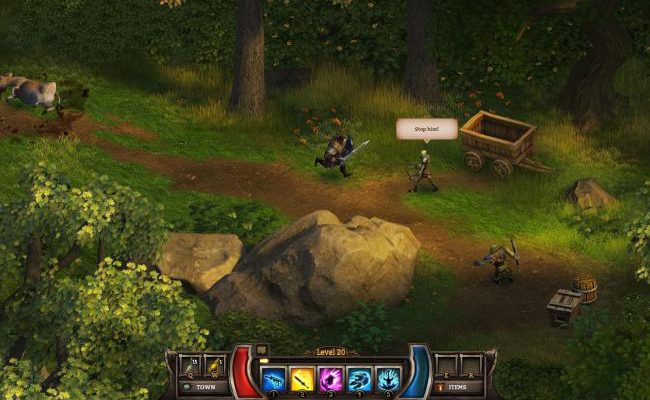 KingsRoad redefines what a browser game can be.

If you look up ‘impossible’ in the dictionary of human behavior, you’re likely to find a blank page (or at the very least, some tear marks where the page used to be).  Despite all the times we’ve collectively agreed something was impossible, human ingenuity has proven the collective wrong and time and time again.  Take flight, for example.  Or climbing Mt. Everest.

When it comes to video games, we hear the word “impossible” all the time.  For example, most conventional gamers, developers, and market watchers would argue that it’s impossible to create a free-to-play browser game that looks as good as a PC download.  They’d be equally as quick to note that it would be impossible to take the dungeon crawling gameplay of titles like Diablo and Torchlight and make it work on a platform like Facebook.

But as always happens, human ingenuity has proven that square pegs can fit in round holes.  Rumble Entertainment’s KingsRoad is a free-to-play dungeon crawler that’s every bit as fun as the games that inspired it.

In case you’re not familiar with the genre, let’s take a moment to get you up to speed.  Players will select from a variety of classes (in the case of KingsRoad, you can choose from Wizard, Knight or Archer) and explore a world of action-RPG combat built on one-button simplicity.  You’ll point the mouse where you want your character to go and click to move (or hold it down for a little more control).  To attack, you’ll just do the same over enemies.  Lather, rinse, repeat.

The challenge comes from balancing this simplicity with a variety of spells, abilities, and items.  You’ll assign different powers to your number row (keys 1-5 in KingsRoad) and bust them out in combat to fell your foes.  Using these powers eats up mana, though, so you’ll want to be strategic about which powers you use and when.

The other element that games like this are known for is an endless stream of items gathered from the corpses of your enemies.  It’s such a big component to these games that my friend calls the whole genre ‘combat shopping.’  “Kill an ogre, a pair of pants pops out,” he says – and he’s right. 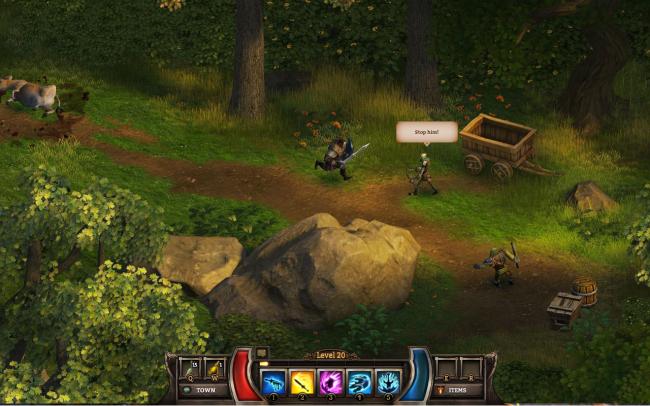 Items that come from corpses range from equipment to potions and foodstuffs.  The equipment is color-coded by its rarity, and offers up a variety of stat boosts.  Getting the best gear on your character round-after-round is what it’s all about in games like this, as is picking the right new powers on a skill tree as you level up.

While everything you’ve read so far applies directly to KingsRoad, it also applies to just about every other game in the genre that you can think of.  So let’s just say this: KingsRoad nails the basics. You don’t need to worry about any of the above being sub-par as a result of the game’s browser-based free-to-play nature.

Of course, being browser-based and free-to-play means there are going to be some elements that are different from KingsRoad‘s inspirations no matter how you slice it.  The question, though, is whether or not those elements in any way hold the experience back, or sink an otherwise excellent product.

We’re pleased to say that they do not. 🙂

Before we cover what the free-to-play elements of KingsRoad are, I think it’s important to acknowledge what they’re not.  KingsRoad has no energy system holding you back. You can play as much as you want and as often as you want.  KingsRoad has no power-heavy item purchases.  You can’t buy an amazing wand, sword, or trinket that’s going to unbalance the experience.  Instead, KingsRoad gives you an experience that you can enjoy endlessly without spending a dime – but with a few worthwhile incentives to consider doing so. 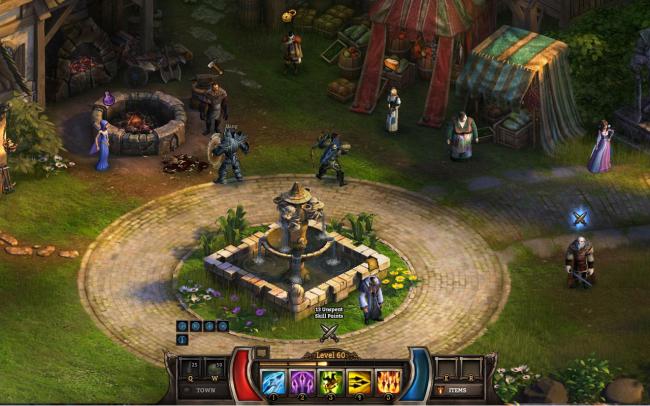 Premium currency is available to help enhance the experience in a number of ways.  Want extra slots in your bag?  Buy’em.  More room in your bank?  Buy it.  Want to unlock skill points earlier than you’d earn them?  You’ll need to pony up.  Premium currency can be earned in-game by completing missions, too, so there’s really no reason to open your wallet unless you’re eager for improvements.  Having said that, you’ll be getting so much loot that a bigger bag will feel pretty essential fairly early on.

And that loot?  It gets even better with friends.

Rumble Entertainment has wisely built in an incentive to keep players playing with others, and for once it takes the idea of ‘social’ gaming beyond annoying your Facebook friends to help you finish building a barn or a Ferris wheel. KingsRoad is an affair that’s really, truly social.  You’ll be able to group up with friends (or just as easily with strangers) to complete missions, and doing so will net you more XP and better loot than it would have solo.  What’s more, you can unlock “heroic” difficulty on all of the game’s missions, and believe me – you’ll want to have other players along for that.

Missions themselves break the game up into bite-sized chunks of 10-15 minutes, making KingsRoad as good a fit for the lunchbreak gamer as it is for the marathon mouse clicker. 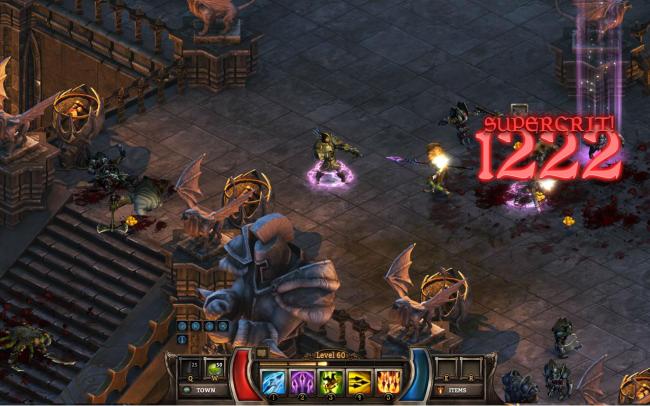 The only other twist that’s associated with the genre’s move with free-to-play is one that might rub some people the wrong way (though personally, I’m enjoying it).  KingsRoad has introduced townsfolk who can create items for you, but they do it on a timer.  So, for example, the baker can turn the apples and bread you collect into apple tarts, but it’s going to take a few hours.  The same goes for the blacksmith, who can take 6 items of the same rarity and forge them into a single item of a higher rarity.

These townsfolks will require upgrades, too, and those take (you guessed it) even more time.  Of course, like any free-to-play offering, time is money.  Shell out some premium gems, and you’ll get what you want when you want it.

As you’ve probably guessed from my gushing, KingsRoad is one hell of a game.  Not only is it brilliant fun on its own merits, but it sets a new bar for what can be expected on Facebook.  Rumble Entertainment has crafted a beautiful dungeon crawler with all of the trimmings, and playing with other players in real time couldn’t be easier or more satisfying.  If you’re a fan of Diablo or Torchlight, KingsRoad is your new addiction, hands down.  Full-fledged gaming has finally come to Facebook.