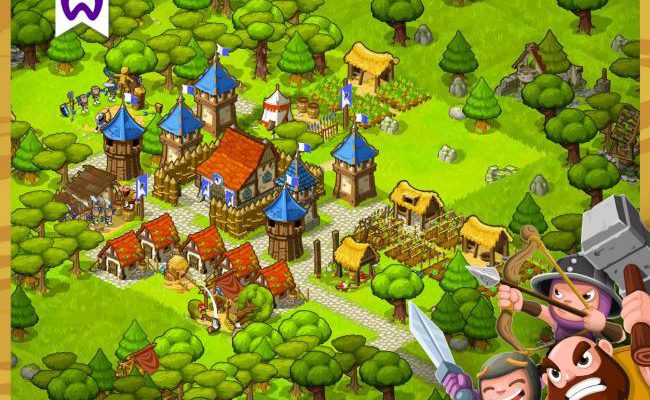 Someone keep that Hammerman away from my pumpkins!

Oh, to be in charge of a vibrant and youthful new kingdom! With a stunning cartoony presentation, slick gameplay mechanics, and a simple and logical resource system, Kingsbridge manages to stand apart as an enjoyable and colorful Facebook strategy game, despite its many core conventions that you’ve probably seen in other kingdoms before.

There’s not much of a story or introduction to Kingsbridge, as you are simply dropped into the game as an unnamed Nobleman, who is now somehow in charge of rebuilding a forest town and ensuring its prosperity. The tutorial is a little abrupt and restrictive, but once you’re allowed some more freedom to explore and find out how things work in the game, it all becomes much better paced. A very thin story begins to unfold through the different quests that arise, and you’ll get to know a few of your more colorful citizens in this regard. At any point in the game, you’ll always have a healthy two or three quests to be working on at once, and every one of them serves a functional purpose to teach you something or explain how you’ll progress through your journey. 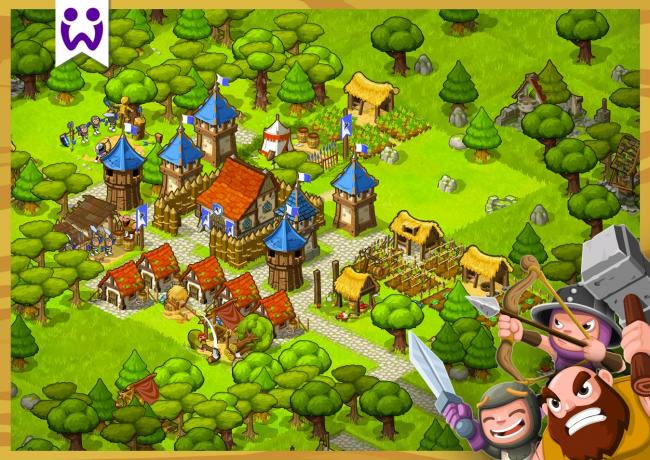 The more quests you complete, the more land deeds you will earn, which enables you to expand your village and clear more land to plant new shops or reinforcement structures. Most of the early quests will involve building new houses, providing the inhabitants with food, and planting seeds in your farms. In addition to making sure that everyone in your population is constantly fed, and that things in general are just running smoothly, your biggest responsibility in the game is to defend your home from legions of oncoming attackers. You do this by planting Archer Towers and other defensive measures to stand strong whenever one of these periodic invasions occurs.

On the other side of battle, you’ll also be doing a lot of invading yourself. Kingsbridge features an expansive world map that is split up into many stages, which you will visit at regular intervals throughout the story to destroy enemy villages. While the gameplay here is limited to choosing how many fighters you wish to send out and where you want to place them on the playing field, it’s still a lot of fun to watch the little tykes cause some serious destruction. You start the game off with a basic cluster of Footmen, but once you progress in the story enough to purchase a Barracks, you’ll be able to unlock more helpful warriors, like the Hammerman, the Crossbowman, and my personal favorite, the Knight. 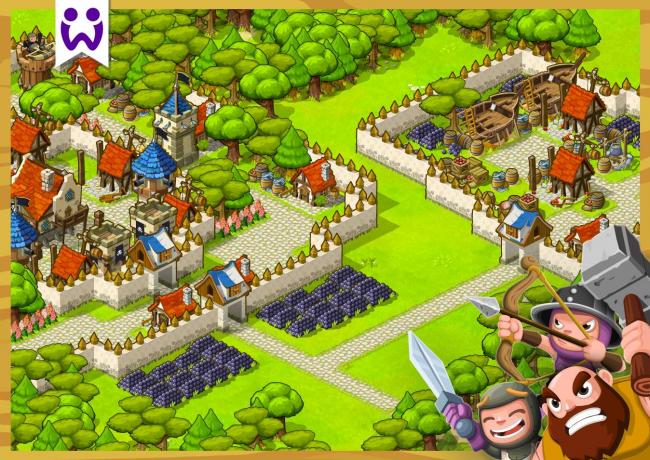 As far as freemium games on Facebook go, Kingsbridge is fairly generous with its wait times and how much it lets you play in any single session. You have your typical energy points, but I didn’t even notice them the entire time that I was playing because they rarely become an issue. What’s great about Kingsbridge is that a lot of the basic resources you’ll need to complete quests (gold, food, timber etc.) can be produced with no restrictions, and with fairly minimal waiting times which are usually all under five minutes. You can also visit your Facebook friends on a daily basis to help them out with chores and earn some additional rewards for yourself. However, this is why it comes as somewhat of a shock the first time you’re hit with a hefty four-hour wait to upgrade your town hall. But still, these limits could always be worse, and at least the game doesn’t make you pay staggering amounts of premium currency in addition to these lengthy wait times (at least not up to the point that I’ve reached in the game).

Even though Kingsbridge can be seen as your typical Facebook strategy/city-building game, there’s just something so fun and endearing about it, and I think a lot of this has to do with the game’s shining presentation. The game’s cartoony graphics are brilliantly bright and equally sharp, and they call to mind the intricate personality of games like Kingdom Rush. Seriously, your little houses – and especially your warriors and residents – are absolutely adorable, and you’ll almost be sad sometimes to have to witness them fall during battle. Everything about the game’s mechanics feels great, from picking up gold and experience stars with your mouse, to even the simplest of actions like chopping down a tree to create more space for houses. 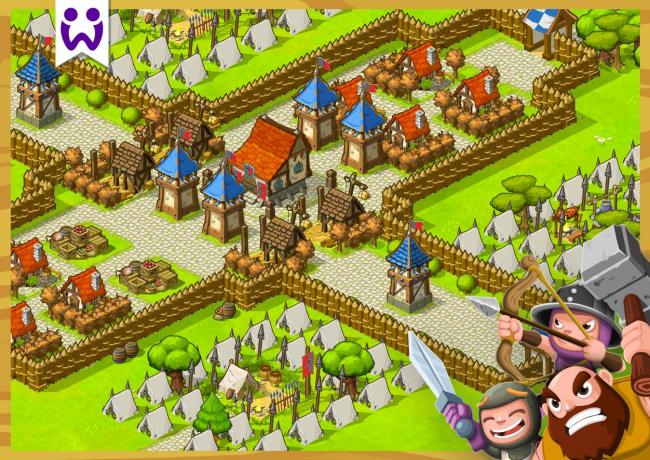 There’s no question that you’ve probably played a game just like Kingsbridge before: but everything that Kingsbridge sets out to achieve, it does so extremely well, and makes for a truly fun and addictive freemium experience throughout. With just the right amount of ongoing quests, the perfect blend of city-building and strategic battling elements, and truly wonderful character designs and animations, this is one game where I wouldn’t mind waiting a few extra minutes for my eye-popping carrots or pumpkins to grow.