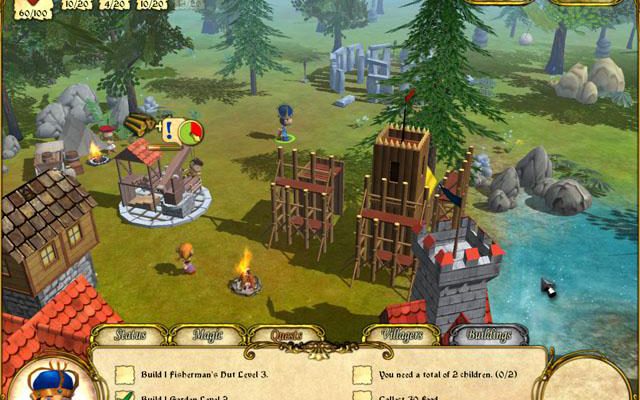 After the king dies and his evil brother usurps the throne, the prince (you) sets out to get his kingdom back and take his rightful place as king in King’s Legacy, a new building/sim game from Cateia Games that borrows heavily from the studio’s previous title Shaman Odyssey.

In fact, King’s Legacy doesn’t just borrow bits here and there from Shaman Odyssey, it basically is Shaman Odyssey – with the same appearance and gameplay and some minor tweaks here and there. Instead of playing a shaman, you’re the prince who travels the countryside helping people and reclaiming his kingdom one village at a time across 24 levels. 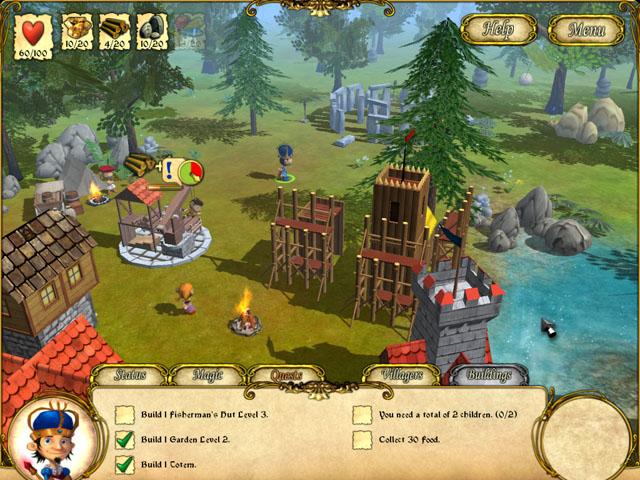 Instead of each level taking place on a tropical island, it’s set in a medieval village surrounded by green space, and invisible walls that prevent you from straying too far away from the village center. To pass each level you’ll have to achieve certain goals, such as building a level 3 cottage, collecting 50 coins, or collecting 35 food. Before you can construct or upgrade a building for the first time, you’ll have to purchase its blueprint.

Like his shaman counterpart in Shaman Odyssey, the king is able to walk around collecting herbs that you can use to brew potions that can help the villagers in some way.

Basically, if you’ve played Shaman Odyssey then King’s Legacy will give you a strong sense of deja vu. However, there are some differences to the game too that are worth mentioning. First and most obviously is the new medieval theme. Instead of your homebase being a shaman’s hut, it’s now a stone tower. You can also build giant forts in the middle of town. Marauding knights will show up to attack your tower, and you must fend them off by casting homemade fireball spells at them.

Speaking of spells, the process of making them is now a little more involved. Spells now call for more complicated ingredients. Instead of just mixing various flowers and mushrooms into a pot, you might first have to crush or heat them up. 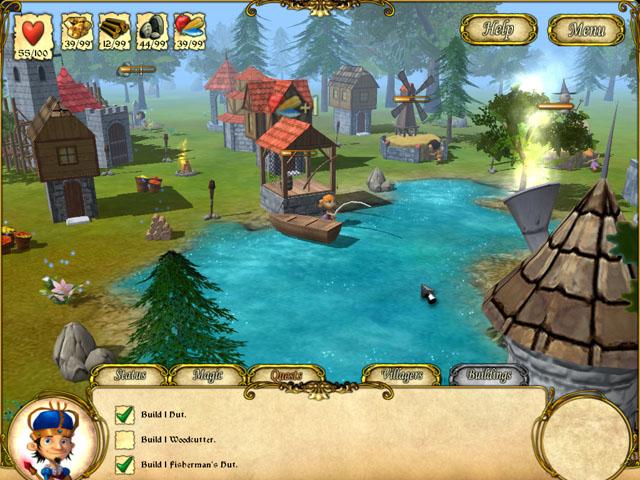 King’s Legacy contains a number of small, subtle improvements over Shaman Odyssey (a less overbearing tutorial, more balanced gameplay, and better text, for example) but the interface is still awkward. You can’t click and drag to see other parts of the screen, and the mouse pointer moves when the king does, making it tricky to click on things when the king is walking.

The graphics are pleasant, and the levels are untimed (save for a handful of special exceptions). The relaxed pace might appeal to a certain type of player. Others should give the trial demo a whirl first to see if King’s Legacy is their cup of tea.