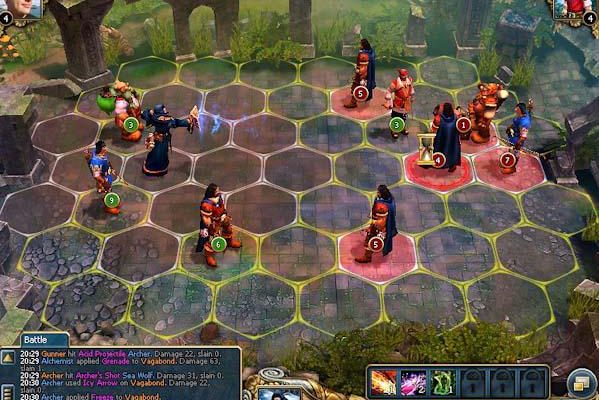 If you’ve found yourself disillusioned by recent ambitious releases such as Civilization World, take heart–King’s Bounty: Legions is a game that proves you can adapt a beloved classic title for Facebook without sacrificing quality. And in this case, it’s tempting to call the Facebook version every bit as good as the original. Here is a game that demands the right level of strategic competence while sporting beautifully rendered character animations and textures. It doesn’t nickel-and-dime you, it offers satisfying battles every time you play, and it never shies from throwing down the gauntlet of challenge.

Hardcore gamers, this may be the game you’ve been waiting for.

King’s Bounty is probably best known as the Russian stepdaddy of Heroes and Might and Magic, although the franchise regained some prestige of its own with 2008’s King’s Bounty: The Legend. Like these titles, Legions uses turned-based strategy to pit a host of units with different strengths and weaknesses against an enemy team on a field of octagonal spaces. Much of the strategy involved springs from learning which type of ally fights best against a certain type of foe, in addition to using your vast collection of spells and abilities to recover from devastating attacks on the battlefield. And unlike most previous attempts at similar gameplay on Facebook, not a single aspect of the deep combat is abstract and the upper levels get quite challenging. Also, unlike the original King’s Bounty games, you can even devote most of your time to player-versus-player battles. (Although, unfortunately, it’s much easier to battle your friends rather than random people). 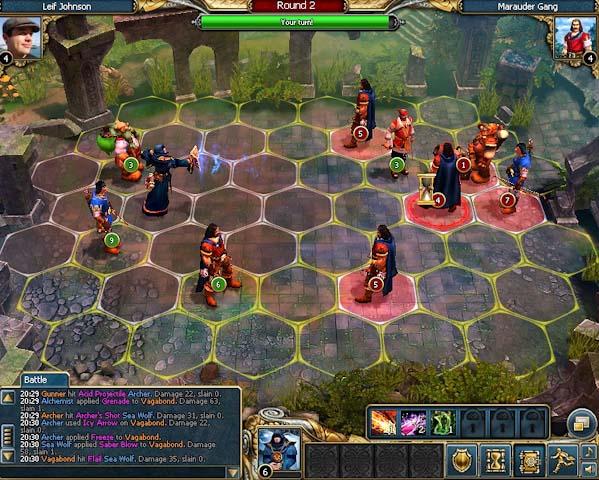 But Legions isn’t entirely about combat: there’s also an enjoyable storyline in the single player campaign that chronicles your rise to fame should you choose to read the quest text. The rather enjoyable tutorial gets the narrative ball rolling, and you’ll feel swept up into the excitement once you move past the starting town and begin exploring the world map. Along the way, you’ll visit different towns and locations that all offer entertaining quests centering on a wide range of differing objectives, along with shops that supply rare fighters or magic spells for your growing army. The result is a social game that rarely feels repetitious; especially when you consider that you’ll often feel the need to adjust your troops between each battle.

As with most social games, King’s Bounty has a stamina bar that limits your gameplay on occasion, but its inclusion never feels obnoxious thanks to the fairly lengthy battles that reward even a casual approach to the game. (In fact, PVP battles don’t require energy.) But the fun doesn’t end when you step away from your computer. Like Civilization World, Legions features a form of asynchronous gameplay that allows you to benefit from the game even when you’re not playing, although the version you’ll find here feels more consistently rewarding. Here, you can send out “patrols” that allow your troops to fight in battles, find items, and pick up gold while you’re sleeping other otherwise occupied. Only hour-long patrols are free, however–you’ll have to pay for longer patrols unless you receive them as drops in game. 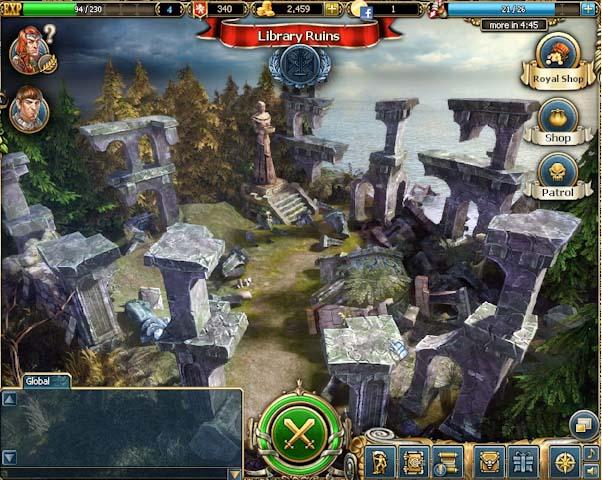 King’s Bounty: Legions should be considered a landmark title in the struggle to make Facebook games as noteworthy as their PC and console counterparts. Its ambition may be a quiet one, but for a platform that has long passed off random encounters based on stats as strategy, Legions feels like the beginning of a bright new era. If there’s a drawback here, it’s only that the microtransactions you’ll find within Legions‘ boundaries are fairly expensive for what they offer, although Legions never makes it impossible to play the game without them. Most players, I’m sure, will find Legions more than worth weeks of their time regardless, and possibly more rewarding than the franchise on which the game is based. And that’s worth a king’s bounty in itself.