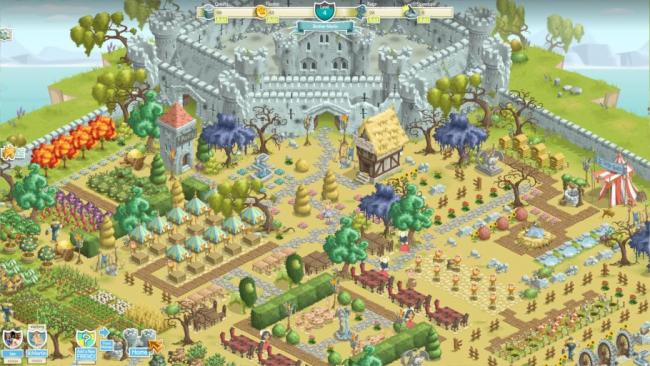 Kingdom Quest may look like CastleVille, but looks can be decieving

If there’s such a thing as a throwback game in a segment of the gaming industry that’s only a few years old, Kingdom Quest is it. Developed by Playdemic and published by Zynga, it’s a fantasy-themed social game that will have you growing, crafting and building like it’s 2011. Yet for everything it does that you’ve seen before, there’s a new twist to help balance out the experience and make it feel fresh.

It’s really interesting that Zynga is involved in Kingdom Quest (not to be confused with the Australian board game or Sunday school program of the same name), because it looks and feels a lot like CastleVille. The not-quite-caricature style of the characters is similar, and the initial tasks you are given to clear out debris, place a few buildings and grow crops are all more than reminiscent of social gaming’s former king of the hill.

The biggest initial difference is a lighter emphasis on narrative. The game tells you in the early stages that a king is counting on you to restore his castle to its former glory, and there are NPCs that arrive at regular intervals to offer quests that help you advance at a faster pace. But it’s fair to say that character interaction is secondary to the gameplay – and if you include the game’s social aspects, it might even be tertiary.

Most of the gameplay revolves around getting your castle’s economy functioning properly. The first stage of that process is to use Farm Plots to produce raw materials. Yes, that means growing crops and trees of various types, but Farm Plots can also be used to house mines or raise animals. Each resource costs a fixed amounts of Groats (a fancy name for coins) to get going and can be harvested after a period of time ranging from several minutes to several hours.

Once you’ve got the ingredients, you can tap the kingdom’s multi-talented Workers to turn them into finished goods. These guys can cook, sew and craft, which no doubt makes them great catches for all the maidens out there. The recipes for finished items initially start out as simple one-ingredient affairs, but get more complex as you go.

The final step is to sell the stuff you’ve made for a profit and start the cycle all over again. For that, you’ve got a limited number of Stalls where the citizens of your kingdom purchase the goods, providing you with a flow of Groats over time. Though the game doesn’t make this very clear, Stalls and Workers need to be placed on your finite number of Castle Plots, forcing you to strike the proper balance between production and sales. 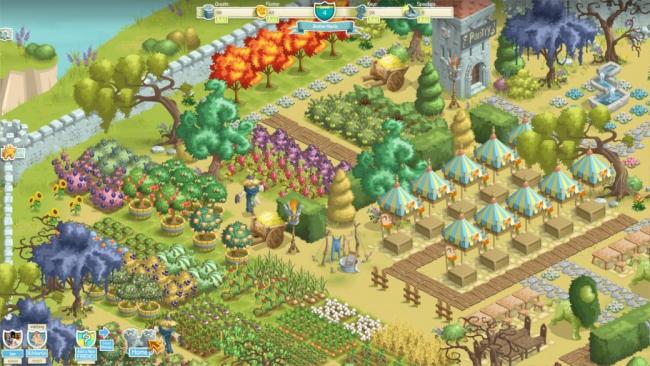 Kingdom Quest unleashes its most pleasant surprise by dispensing with the now ubiquitous concept of Energy. With no constraint on the number of actions you can perform, you’re free to do as much as you want in one session. The growing and production times serve as their own limits, but even these can be worked around with items called Speedups. The premium currency called Florins can also be used to skip past tasks you can’t be bothered to complete.

Pretty much everything you do earns you experience points, and leveling up provides a nice mix of Groats, Plots, Speedups and Keys, which help you unlock even more things to grow and produce. Buying cosmetic items helps on the experience front as well. Still, completed quests yield so much more XP that it feels like you’ve got no choice but to make whatever the quest-givers want. Conform to advance or do your own thing and lag behind, I guess.

Friends can help you on your way, but they’re not essential. You won’t need them for staffing buildings or anything of that nature, so their main purposes are for exchanging gifts and extra resources. There’s even a structure called the Trade Guild specifically to help pass off your unneeded stuff to friends.

Playdemic has plans to keep adding quests, recipes and resources so players have reasons to keep coming back. Without a story as a hook, that’s probably a must. Kingdom Quest is more than just a nostalgia trip into the very recent past, so it’s just a question of whether enough people will give it a try to discover that.