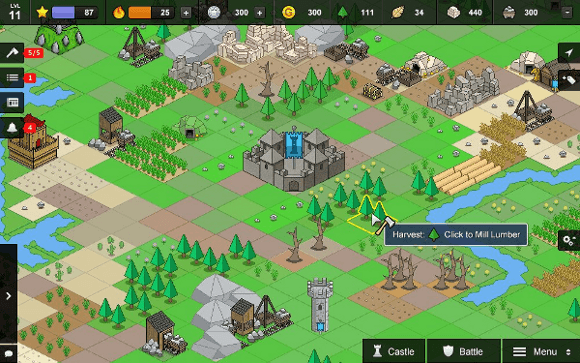 No relation to that one HBO show

Setting aside its mildly amusing title (you might as well call it “Kingdom of Crowns” or “Kingdom of Kings”), the first thing you’ll notice about Kingdom of Thrones is how it looks like it first saw life when strategy video games were first popping up back in the 1980s. In some ways, that’s part of its appeal. Too many contemporary social strategy games try to hide the limitations of their gameplay behind flashy visuals and animations, but Kingdom of Thrones has the guts to toss that fluff aside in favor of creating an engaging and immersive multiplayer experience. And to its credit, it usually works.

At its heart, Kingdom of Thrones is a mid-core strategy game much like any other as it centers on building a fortress and associated buildings and using them to outfit armies and research new technologies. You spend much of the game switching out between the views of your initially meager holdings and the wider world around you where the player combat goes on, and you expand the latter’s view by driving back the clouds that conceal the sprawling world around. Here, too, you that wait times for almost every action, and Kingdom of Thrones uses them so liberally that you’ll likely have a slow start getting started unless you shell out money for premium currency to spend on speed boosts.

A key distinction of Kingdom of Thrones over its competitors is that it’s so easy to understand, and indeed, much of this ease springs from the simplistic visuals mentioned above. It also excels in the way that it lets you manually enact the battles that pop up when you engage other players and or objectives on the map, rather than forcing you to watch your actions unfold via auto attacks. The combat’s not exactly deep, however, and many rounds revolve around using powerful artifacts for buffs or attacks, but compared to many Facebook games, Kingdom of Thrones‘ allows you to approach something of the appeal of a series like Heroes of Might and Magic. 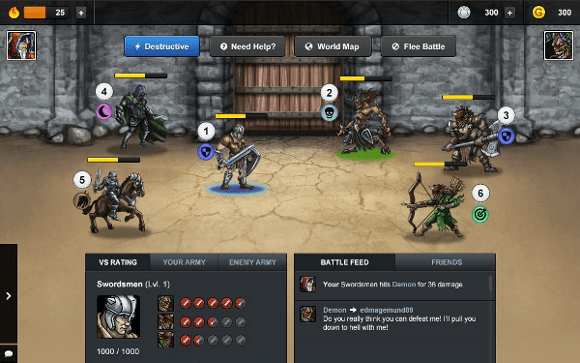 Yet Kingdom of Thrones‘ true strength is its reliance on social elements, resulting in a mid-core strategy game that’s especially fun to play with other players. Those players don’t necessarily have to be your Facebook friends, either, as Kingdom of Thrones supports its own account system that allows for RP-based user names and a chat interface that lends a personal edge to the events unfolding on the map. Want to find out your opponent’s strengths? You can send in spies and scout out their castles. Want to expand your territory by attacking other players’ fortifications? By all means, do it.

Indeed, forgive the outdated visuals, and you may find a Facebook game that captures the general ambiance of George R.R. Martin’s Game of Thrones series better than the official franchise games we’ve seen. (And therein, too, likely lies the origins of that odd little name.) It gets repetitive at times, but it offers many opportunities for exploration and expanding the effectiveness of your strongholds and the abilities of your heroes. Combine those elements with strong social elements, and you’ll find a fantasy strategy that that’s well worth a few hours of your time.