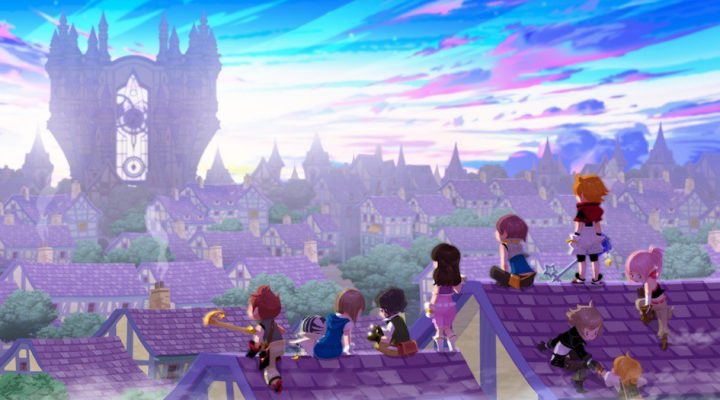 Plenty of nods to classic characters and stories

Lots of upgrading and customization to be had

Some of the story bits and references feel half hearted

Most special quests and events have absurdly high level requirements

Way too easy in general

Even a mobile game lover like myself can’t deny that it’s easy to be cynical when it comes to stuff like Kingdom Hearts Unchained χ. Square Enix has had their ups and down on mobile over the years, with ports of Playstation-era Final Fantasy’s being handled quite well (mostly), and weird little offshoots such as All The Bravest that we’re better off not talking about for long. So naturally I couldn’t help but approach Kingdom Hearts Unchained χ with some trepidation.

Thankfully it’s not bad. Unchained χ is about what I’d expected from a free-to-play mobile offshoot of a console series – although it’s nowhere near as cash-grabby as I’d feared. 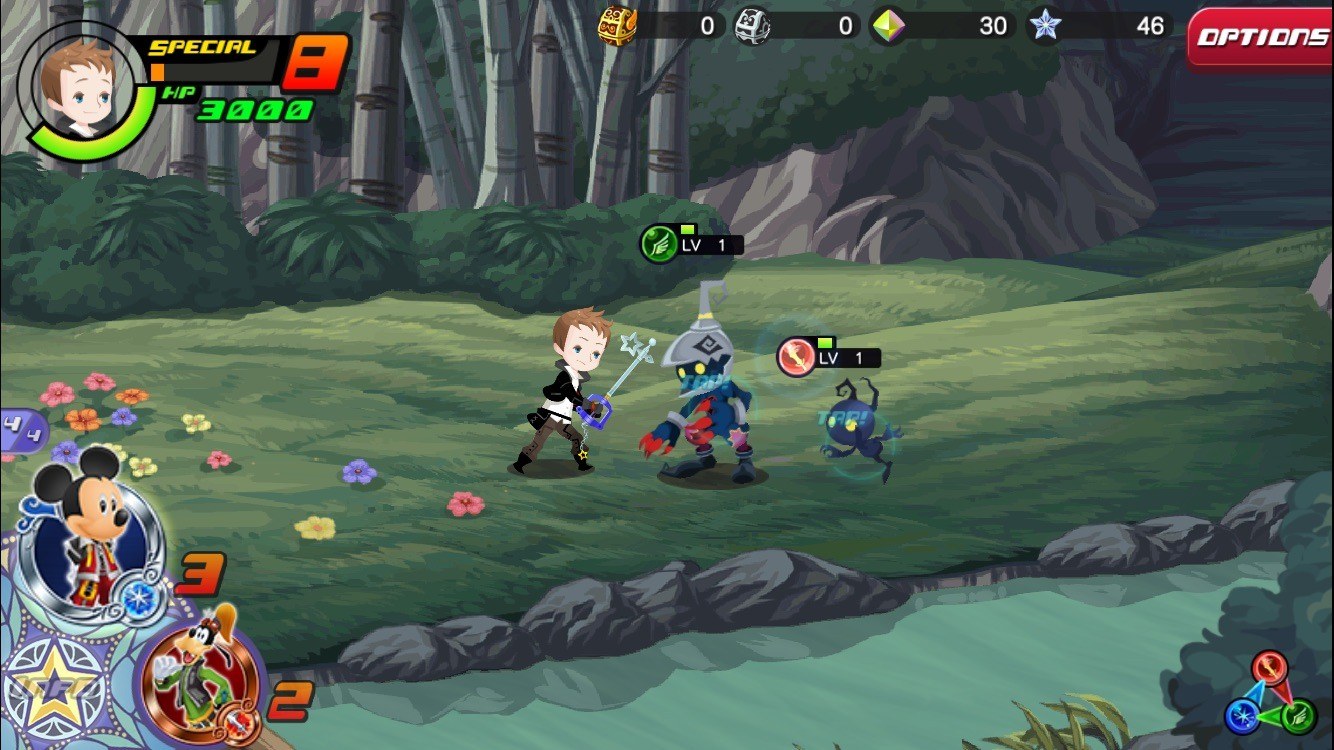 There’s something of a card-like element here, with medals representing different characters (from Disney, Final Fantasy, and Kingdom Hearts itself) that can be slotted into your Keyblades to give you elemental attacks and special abilities. These medals can also be leveled-up to increase their power, or evolved into significantly stronger forms. And, of course, you get to sacrifice the medals you don’t want in order to do it.

Events in Kingdom Hearts Unchained χ take place during the “era of the Lost Masters,” so you won’t be traipsing around Disney-themed worlds with Sora, Donald, and Goofy. Instead you get to make your own character, and traipse around Disney-themed worlds with them. As you’d expect, there are plenty of references to the Disney films the worlds are based on, but they’re hit-and-miss. Mostly miss. Things like wandering through the mines from Snow White and the Seven Dwarves or shrinking down to the size of a bug in order to climb all over plants in Wonderland is cute, but most of the dialog is pretty hammy. In some cases it’s lifted straight from the movies, but lacks the proper context to come off as anything other than the writers checking off a box. 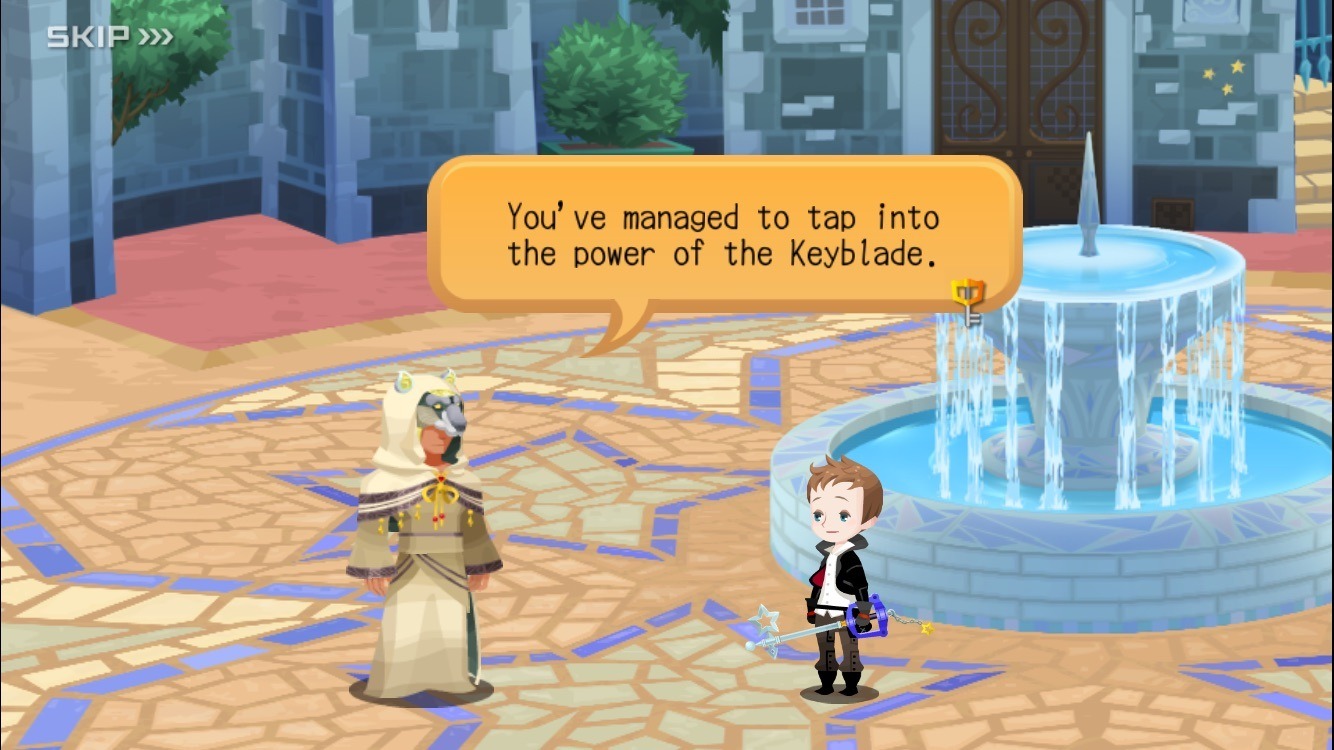 That said, not having to wander around in a group makes the combat enjoyably simple. Just tap to attack a single target, or swipe to attack several at once. Then drag a medal to the center of the screen to trigger a powerful special ability and watch the tiny little health/experience/ability/munny balls explode all over the place. I’m not gonna lie, I kind of really dig the way all the stuff you knock out of enemies goes flying everywhere. You can team up with friends to take on raid bosses (a-la most multiplayer style mobile games), but other than that you’ll be fighting solo.

But that’s okay, because with a little regular upkeep you’ll be a total powerhouse. Maybe a little too much of a powerhouse, honestly. There are a lot of upgrades to chase down, which is great, but with minimal effort I’ve been able to blast through story quests. I’ll admit that it takes more effort, and a little bit of strategizing, in order to complete all three challenges in each quest (i.e. defeat all enemies in one turn, deal X amount of damage with one attack, etc), but simply getting through quests is almost disappointingly easy. 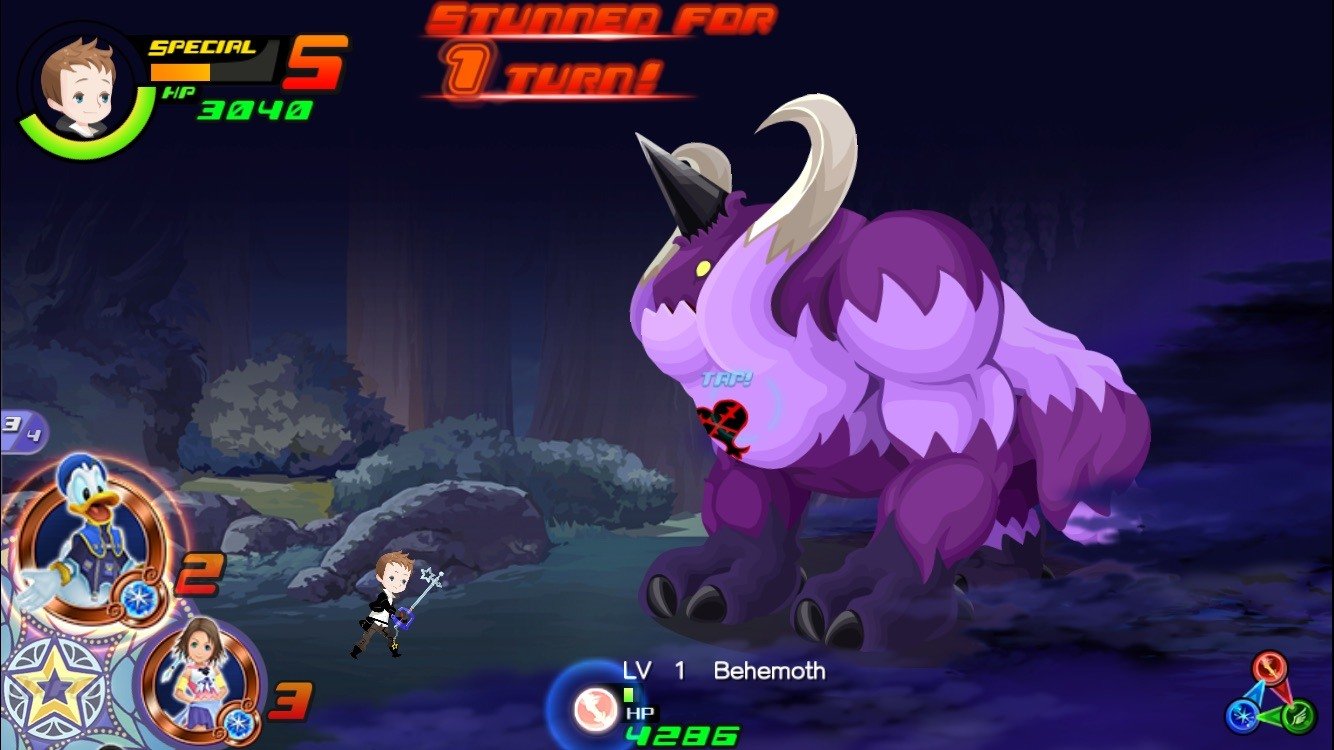 That said, Special quests and Event quests do present more of a challenge. They can also give you some great materials for upgrading, lots of Munny, and so on. The problem here is that you’ll have to grind through the story quests a lot before you’ll stand much of a chance. It is possible to finish one of these quests against significantly higher-level enemies, but you might have to try several times (or spend Jewels – the premium currency – to continue). These quests can also be a bit of a roadblock because they require several more times the AP (stamina/whatever) than the regular story quests.

It’s weird how Kingdom Hearts Unchained χ manages to be both exactly what I expected from a free-to-play mobile spin-off (energy timers, upgradable card-like elements, a lackluster story) and not at all what I expected (tons of customization, few lulls in activity, actually being fun). It certainly doesn’t hold a candle to the console games, but it carries itself surprisingly well as a handheld side story.