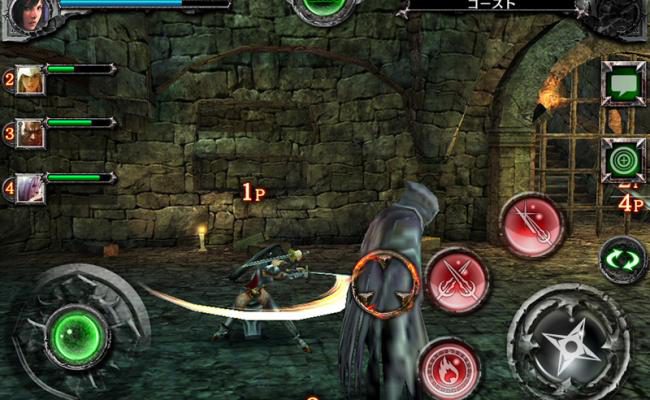 Kingdom Conquest II packs a lot of genres into one game, but fails to excel at any of them

Developers are getting quite good at giving us more in our mobile games, whether its higher production values, deeper gameplay or multiple genres mashed together. That doesn’t always mean that more is better, though, which is why Kingdom Conquest II is so frustrating. Despite its noble attempt to combine an action RPG, a city builder and a card game on your iOS device, the end result is too muddled to call a real success.

The story behind Kingdom Conquest II goes something like this: a while back in the land of Magna, a realm of magic and monsters, there was a conflict called the Millennium War. Presumably it went on for 1,000 years, but it ended suddenly. A king arose, something called a Debris Tower was involved, and a giant eye and a magic ring almost had me calling the Tolkien estate to start some legal action until I realized that the ring was actually an armband. 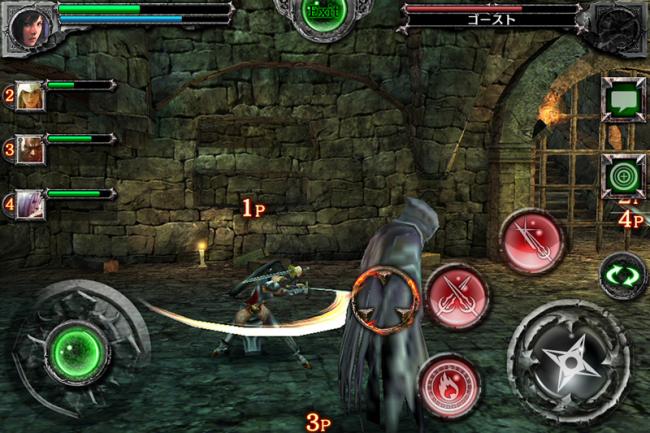 As luck would have it, you may be the successor to the legendary king, but you’ve got to prove your mettle first. Doing so first requires you to decide if you’d like to be a Ninja, a Warrior, a Swordsman, a Mage or a Saint. I picked Ninja only to find out to my chagrin that I was now female. Move along, no customization to see here.

Your class determines how you play through the game’s 3D dungeon crawling stages. They’re nothing you haven’t seen in other mobile games, with a virtual thumbstick moving your hero while buttons unleash attacks and other skills. The controls tend to have you floating around a bit, but there’s an auto-targeting feature that can keep you locked on the nearest monster. The visuals are okay, and there’s no lag or slowdown when teaming with up to three other players. These are strictly seek and destroy missions, by the way, asking you to simply clear out monsters from every level.

When you aren’t down in the dungeons, there’s plenty of work to be done on the home front. You start the game with your very own castle, and a number of other structures can be built to gather and refine resources, increase your kingdom’s population, and so on. Again, this is very similar to other fantasy-themed city builders, with time and building materials serving as your chief constraints. Plenty of quests pop up to guide you on the right path, which is always appreciated. NPCs are on hand to explain them, though the dialogue leaves something to be desired. 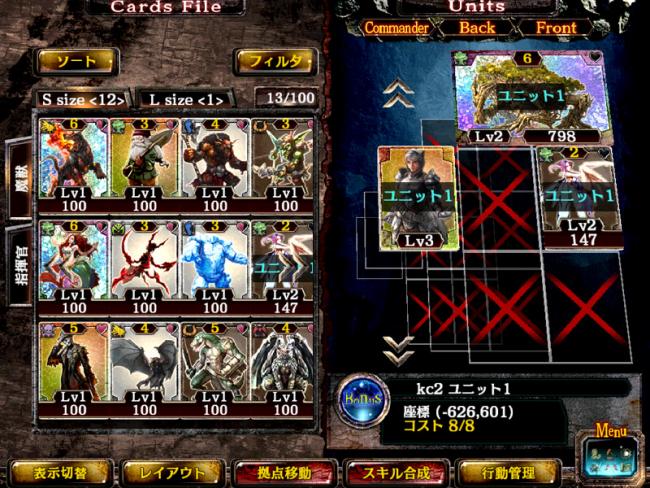 You can also expand your holdings by sending troops out to other parts of the global map, which is where the card game portion of Kingdom Conquest II comes into play. Using commander cards, you can form units of monsters to do battle under your banner. Different commanders have specific formations and bonuses they can use, and monsters can be fused to power each other up. It’s also possible to produce more monsters providing you have the initial card to get you going, though none of these processes are explained very well. Alliances with other players can be formed for mutual protection, and the game is none too subtle about encouraging you to join one – as in every time you log in.

At least the different portions of the game work together in an organic way. Doing the dungeon runs gets you tokens that can be exchanged for card packs, which in turn provide you with monsters. That’s not the problem. The issue is that there are better dungeon crawlers, better city builders and better card games readily available for your mobile device, and simply bolting lesser examples of those genres together doesn’t make for a more entertaining composite.

If you’ve got a short attention span, or you’re down to the last gig of memory on your iPad, Kingdom Conquest II might come in handy with its multiple styles of play under one umbrella. Otherwise, you’re better off just downloading the top single genre games and going with them.