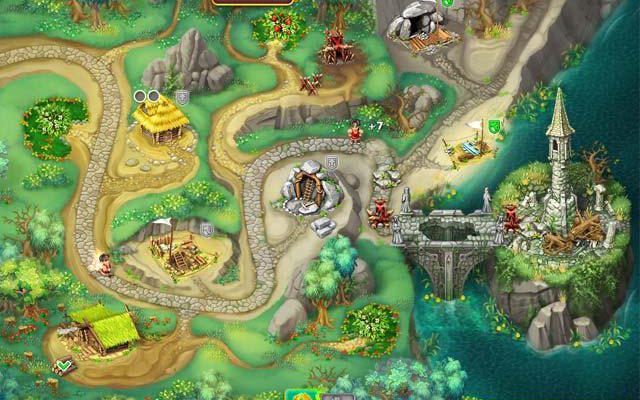 While on a voyage at sea, John Brave’s homeland was destroyed by an evil tyrant bent on total domination. Having overthrown the king and plunged the land into darkness, Brave returns home to find his village and entire kingdom destroyed. Not one to take things lying down, Brave enlists the help of countless rebels and warriors on a quest to reclaim and rebuild his home in Kingdom Chronicles, a time-management game that will seem incredibly familiar to fans of the genre.

Each level in Kingdom Chronicles sees you completing a series of goals, ranging from gathering a certain number of resources (wood, stone, money, food, etc.) to defeating enemies and rebuilding town structures. Your actions are timed, so you’ll need to use all of the upgrades and resources available to you in order to earn the gold medal on each stage.

In one level, you might be asked to rebuild town hall and then use the clerks within town hall to collect taxes from restored cottages, while another level might see you repairing farms and collecting magic crystals to save a damsel in distress from a tower.

Unfortunately, even though the level goals differ, the overall gameplay doesn’t. Each stage brings an assortment of resources lying out in the open for you to collect to get you started, and from there, it’s a step-wise process to finish each goal by prioritizing which structures to build first depending on how many resources you’ll need to actually move on. 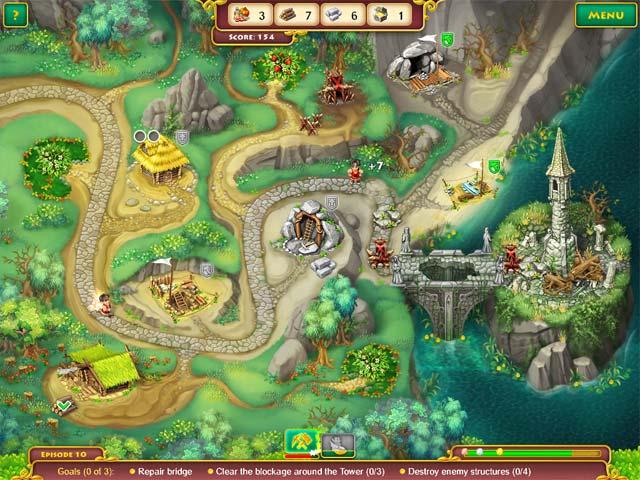 If you’ve played other recently released games like Monument Builders: Titanic and Legends of Atlantis: Exodus (as just two examples), you’ll know exactly what to expect, as the setup is virtually identical, aside from the story and theme.

As you complete sets of levels, your goals become more complex and levels may take longer to complete, as you’ll need to accumulate larger quantities of resources, and can spawn additional warriors and workers to help you out. Even though the levels become more time consuming as you progress, the repetition in each means that the difficulty level remains low throughout, even if you’re concerned with only walking away with the Gold medals on every stage. 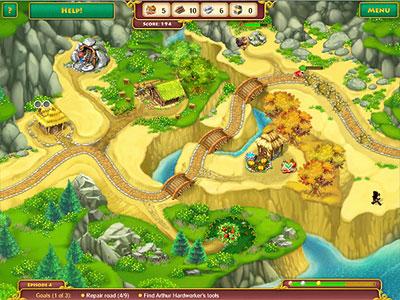 Kingdom Chronicles is a rather relaxing take on the time management genre, and (unlike other games) makes it very difficult to back yourself into a corner where tasks are unable to complete. Instead, you might find yourself faced with larger blockages or obstacles that are impossible to complete without finishing “steps A, B and C” first, without any room for error.

Kingdom Chronicles is an interesting game, with a charming storyline and cute graphics, but also doesn’t do enough to stand out when compared to its competitors. If you’re a huge fan of similar time management games, Kingdom Chronicles offers plenty of gameplay to keep you satisfied for a few hours, but simply isn’t original enough to warrant an instant purchase.