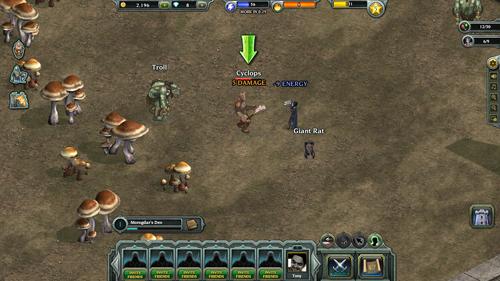 In an age of social gaming, this is one kingdom worth fighting for

If there’s one thing Funzio’s new Kingdom Age isn’t, it’s a new age. This role-playing hybrid for Google+ contains just about every staple from social gaming you can imagine – and it could use a few technical tweaks – but the game still manages to present players with one of the more addictive campaigns currently available online.

Kingdom Age wastes no time throwing you into the fray. You’ll make simple choices regarding the look of your character, and then you’re off to save some unnamed monk. Your appreciative new companion will walk you through the particulars of gameplay, and the pacing of the tutorial is both brisk and comprehensive.

Like many strategy games developed for social platforms, Kingdom Age will have you build and maintain a civilization and army. The game is pretty much broken up into two main components: a campaign that sees your individual character take on foes dungeon-style, and a very basic castle-defense portion where you send out your armies to pillage Google+ rivals. Think about the spilt in earlier Funzio games like Modern War, and you’ll get a decent idea of how things play out here.

However, Kingdom Age does a better job in terms of pacing its gameplay and missions. You’ll be afforded the opportunity to go hands on with the RPG-style battles, but the overall experience is still very casual – very easy to jump in and out of. Missions move along in a sensible progression, and though you’ll occasionally have to wait for energy to refill, there isn’t a lot of heavy grinding involved with leveling up.

You’ll also gain experience through your multiplayer exploits; ie attacking your fellow Google+ players. Unfortunately, this is the one element of Kingdom Age that could have used a bit more time in the oven, so to speak. A few general stats give you a basic idea of what type of challenge you’re up against before launching an assault on one of your rivals, but completing certain missions associated with rival attacks can be, at the very least, cumbersome. 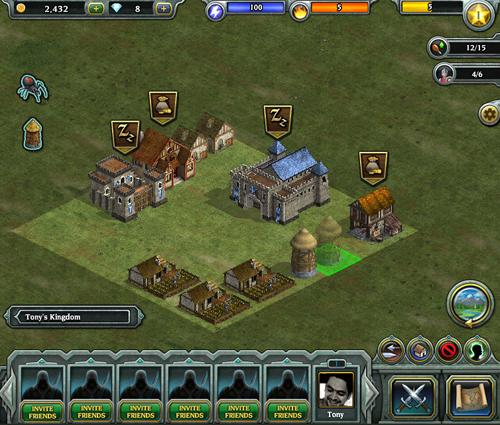 In spite of my disappointment with the competitive multiplayer design, I found the adventure component of Kingdom Age to be quite compelling. The system of income, population management, and simple RPG gameplay are tightly woven together to create an experience that you can really sink your teeth into.

Visually the game has a surprising amount of variety, all based on the sort of Tolkien-esque fantasy trappings some folks (myself included) never seem to tire of. That being said, the actual texture work is pretty bland, and environments are often quite vacant. Character and monster animations, however, look good, and the sound effects and music do a decent job enhancing the adventure.

What it lacks in polish, however, it mostly makes up for with highly entertaining gameplay mechanics. Most of what’s here you’ve likely done before, but it’s still nice to see the formula built around a more traditional fantasy world. In spite of multiplayer features that lack substance, the game’s main adventure is well worth checking out.