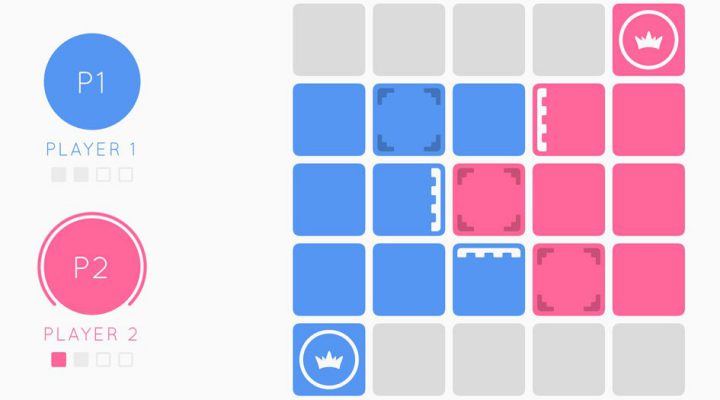 Easy to pick-up-and-play, casual board game.

Can get repetitive very quickly.

Kindo is a super simple board game where players lay down tiles on a 5×5 board with the singular objective of placing a tile on the enemy’s king tile, which is located in the opposite corner of your own.

There are very few rules to learn when it comes to the gameplay, making Kindo extremely accessible to just about everyone.

The main rule is that tiles can only be placed in locations adjacent to other, friendly tiles. By default, players are allowed to place two tiles per turn. As each turn plays out, the board will quickly fill up and a confrontation (a.k.a. invasion) will occur. If an opponent’s tile is next to a friendly tile, the player is allowed to simply tap that tile and make it their own, essentially overrunning the enemy’s territory.

To combat being overrun, players can spend one of their placement moves by fortifying one of their tiles. A fortified tile is immune to being overrun from the direction the fortification is facing. So, for example, if the opponent fortifies the bottom of their tile, I can only take that tile over if I move in on it from above or from the flanks.

Alternatively, if a player completely cuts off a chunk of their opponents tiles from their king, those tiles are captured and converted into friendly tiles. For every “branch” that you cut off from your opponent, you get that many more tile placements in the next turn. On the other hand, if you take over a tile that your opponent has placed in their previous turn, you give them an extra tile placement on their next turn.

These few rules and the ease of play make for a game that is only marginally more complex than Checkers. Because of its ease-of-play and overall compactness, Kindo is a perfect little game for mobile devices. 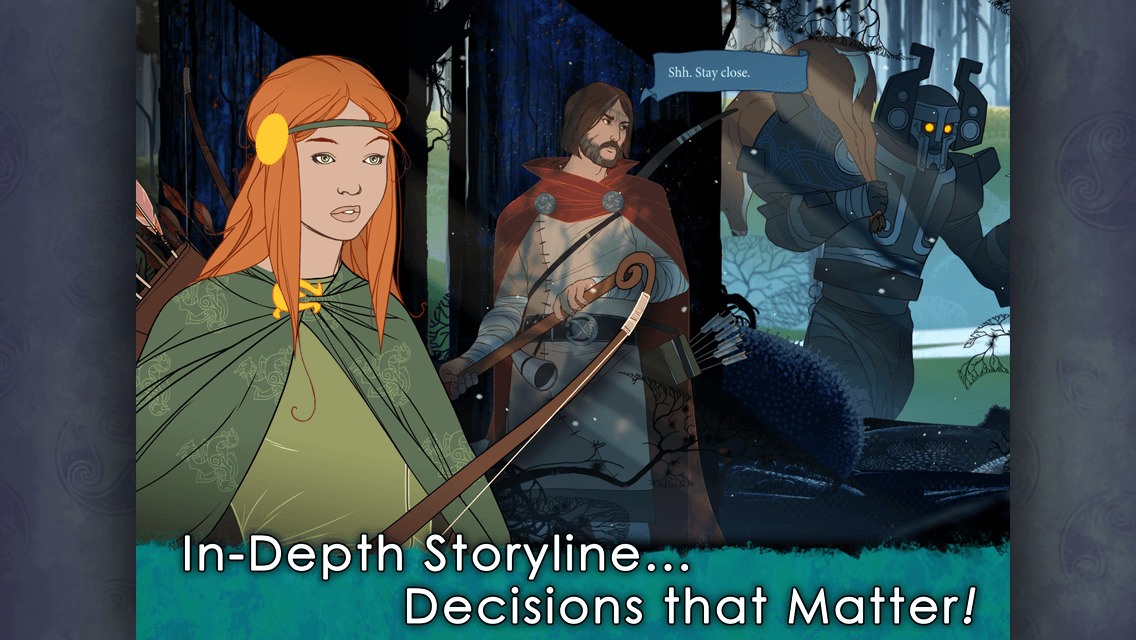 Games played against the A.I. last around 30 seconds (or less if you try your luck with the tougher difficulty settings) and games against other player online are played turn-by-turn so you can have a handful of multiplayer games going at once.

Local multiplayer is also available, but I was unable to try that out. I imagine that game mode functions very similarly to the online multiplayer mode.

While Kindo’s simplicity is great at first, I wasn’t too far into a marathon session before I began to get tired of playing — win or lose. A few rounds later and I was ready to play something else. That’s not a criticism on what it is, really — just in how you should approach it. Like a game of tic-tac-toe, Kindo is best enjoyed sporadically and in small doses or you risk a quick burn-out.