Kim Kardashian: Hollywood Review – Celebrity’s a Farce, and This Game Knows It 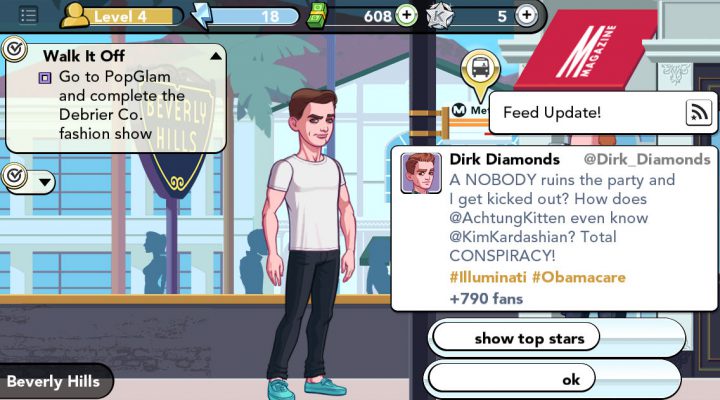 Addresses gay relationships without making them a joke.

Lots of tasks to complete.

Coolest accessories and clothes are behind paywalls.

Though I once had a regular gig writing about celebrities, I no longer keep up with the Kardashians. Sure, I already know she’s an actress, singer, and a socialite – sort of a Hollywood Kim of All Trades. I know she’s married to Kanye West. I know her dress recently almost fell off at some event or another (or so Google tells me). I know the Paparazzi follows her as keenly as vultures follow a staggering wildebeest. I also know there’s no way on God’s neon-lit Earth that Kim would ever become my BFF and help me launch a modelling career (though surely there’s a demand for chubby corgi-shaped models that barely break 5’0″, right? I gotta believe).

But that’s the fun of video games: We’re thrust into wild fantasies where we slay dragons, and ride across the wild west. And, in the case of Kim Kardashian: Hollywood, we can instantly become besties with the starlet and stand in front of cameras for hours without feeling our morals and self-worth deflate. 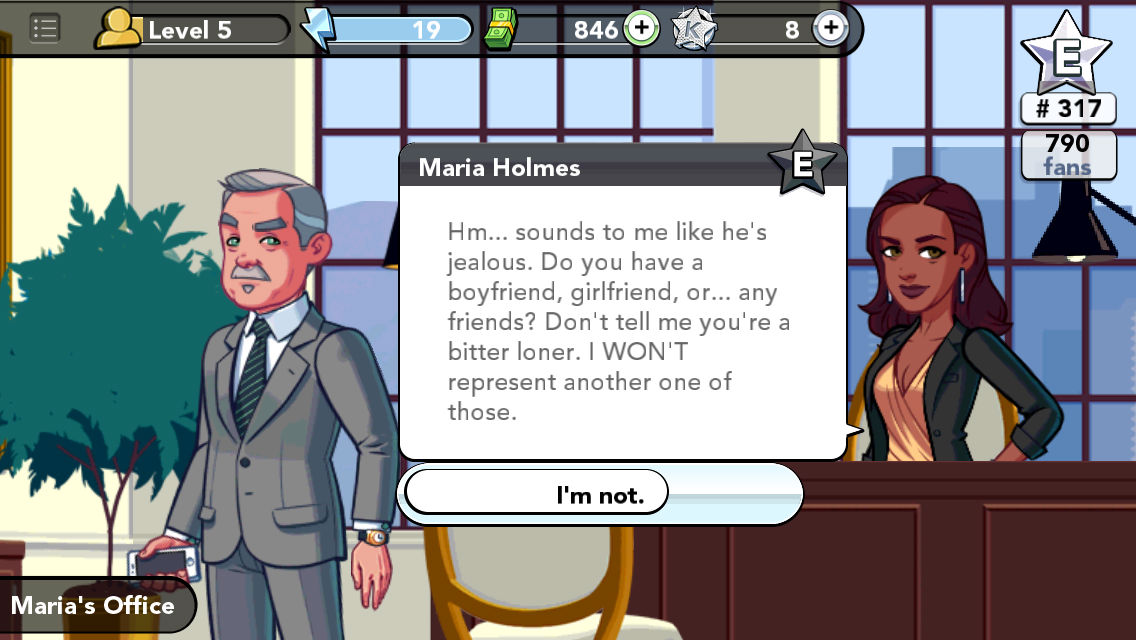 Your new Hollywood career kicks off at the So Chic Boutique, where you’re a lowly shirt-folder. You’re about to close, when suddenly Kim kicks in the door and starts babbling about a fashion emergency. You help her out, and to show her gratitude, she takes you under her wing so you can start a modelling career. Kim Kardashian: Hollywood plays like most games that challenge you to build yourself into a celebrity. You climb the social ladder, attend parties and photo shoots, rub shoulders with celebrities, and collect cool fashions. You basically do whatever’s necessary to rise from an E-list schlub to a shining star worthy of Kim’s company.

In other words, nothing is new under the LA sun in Kim Kardashian: Hollywood. And, as you might expect from a free-to-play game, the best clothes and accessories are bought with the game’s hard currency – stars, in this instance.

Thing is, Kim Kardashian: Hollywood knows its premise is silly and stale, but it’s determined to show you a good time anyway. The character dialogue is often hilarious, and there are scenarios that are, frankly, intriguing. For instance, you have a management team to help you get jobs and deal with your public image. When you inevitably attract a hater, your image manager offers to turn the tables by spreading rumors about him. You can agree – revenge is sweet, after all – or you can take the high road. There’s also the matter of dating. Dating helps you get seen, and it’s healthy for networking as well. You can choose a partner of the opposite sex, or the same sex. Gay dating works the same way as heterosexual dating. There’s no jokes, no fanfare. It’s simply, “Do you want to date a guy or a girl?”

I never thought I’d be able to say homosexual relationships are treated respectfully in a free-to-play mobile game with Kim Kardashian’s face on it, but here we are. Gameplay-wise, Kim Kardashian: Hollywood is strictly old hat, but its self-aware humor makes it worth a play if you’re into celebrity-building games. Word of warning: If you see Kim in real life, don’t wave your mobile phone in her face and scream about how you’re actually best friends. That path only leads to pain, child.