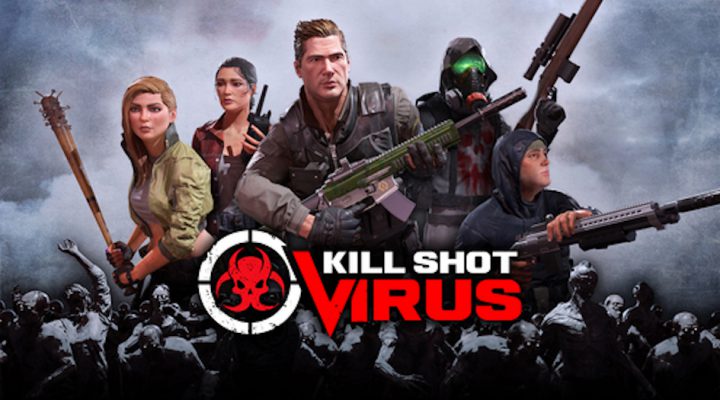 Lots of missions to play through

Ideal for quick bursts of gaming

Lots of grinding after a while

Kill Shot Virus is that game you dip into when you’ve had a bad day and you’re in dire need of some stress relief. It’s not the smartest of shooters, nor the most stylish, but it’ll scratch that zombie shooting itch in no time — even if fans of Kill Shot Bravo might feel like they’ve played this before. Try to steer clear of its many in-app purchases, though. Things could get rather expensive. 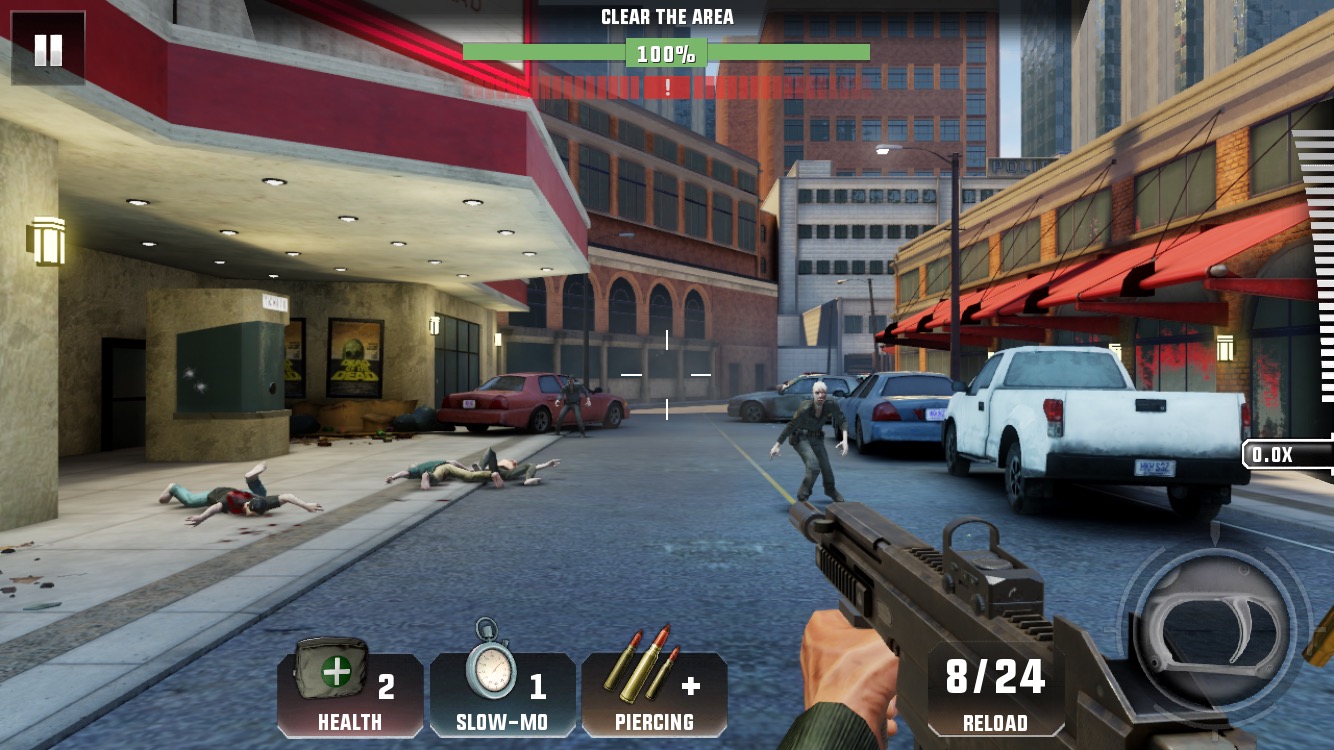 The storyline is nonsensical. Who cares, right? This is all about surviving zombie hordes and getting the best gear possible along the way. It’s kill or be killed at all times. Kill Shot Virus divides your options up by various different mission types. There’s the standard variety where you simply kill x number of zombies to complete a stage, but there’s more going on here. You can also partake in breach missions in which you’re indoors with a shotgun, sniper missions where you defend a few survivors from range, and a special ops mode that has you competing against a particularly tough foe. Such variety is to Kill Shot Virus’s advantage. Sure, the concept might be roughly the same each time, but you end up feeling like you’re progressing differently, and it’s fun to switch it up.

Combat is simply done. You’re on rails for some areas, while others root you to the spot. Fingers to the left manipulate what you’re looking at while fingers to the right help you shoot. There’s 3D touch support, but as is usually the way, it doesn’t add a huge amount to the experience. Some sections have you dealing with a machine gun, requiring careful taps, while the sniper rifle means you have to zoom in before lining up your shot. Each method requires slightly different tactics. It’s a similar tale with the zombies themselves, given some are tougher than others. There’s always the satisfaction of shooting an explosive one, thereby taking out the zombies all around it too. 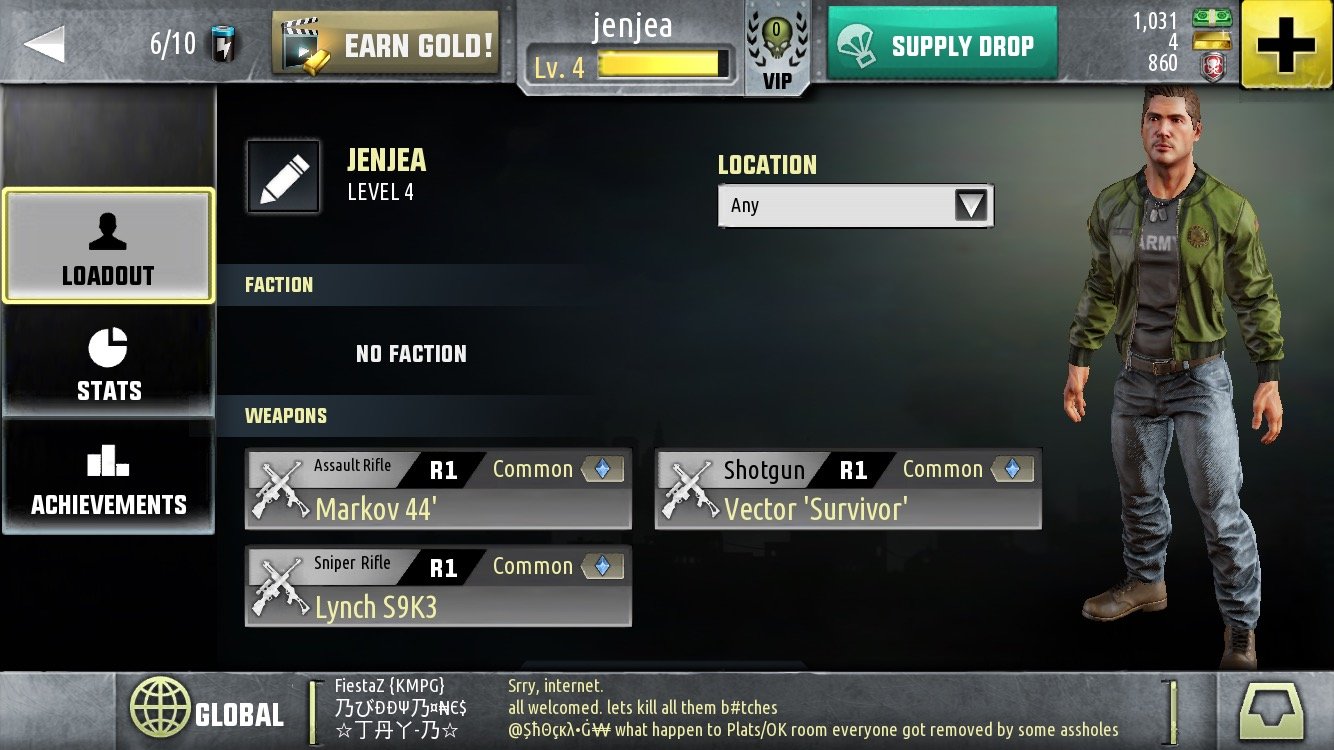 As you play through the missions, you gain money and premium currency in the form of gold. These are used to buy upgrades for your weaponry — something that you’re going to be doing often. The game does a decent job of giving you a heads up on when you need to upgrade your gear, restricting you from partaking in levels that you’re not up to succeeding at. As you play though, you’ll realize just how expensive Kill Shot Virus can become. Grinding is key to unlock some later upgrades, as well as waiting for timers to complete.

On the plus side, by having so many different varieties of levels, there’s usually something for you to do. A series of daily objectives give you additional purpose, as well as the means in which to gain more money. It’s all a fairly delightful amount of trickle feeding. Enough to keep you keen while not feeling too limited in number. 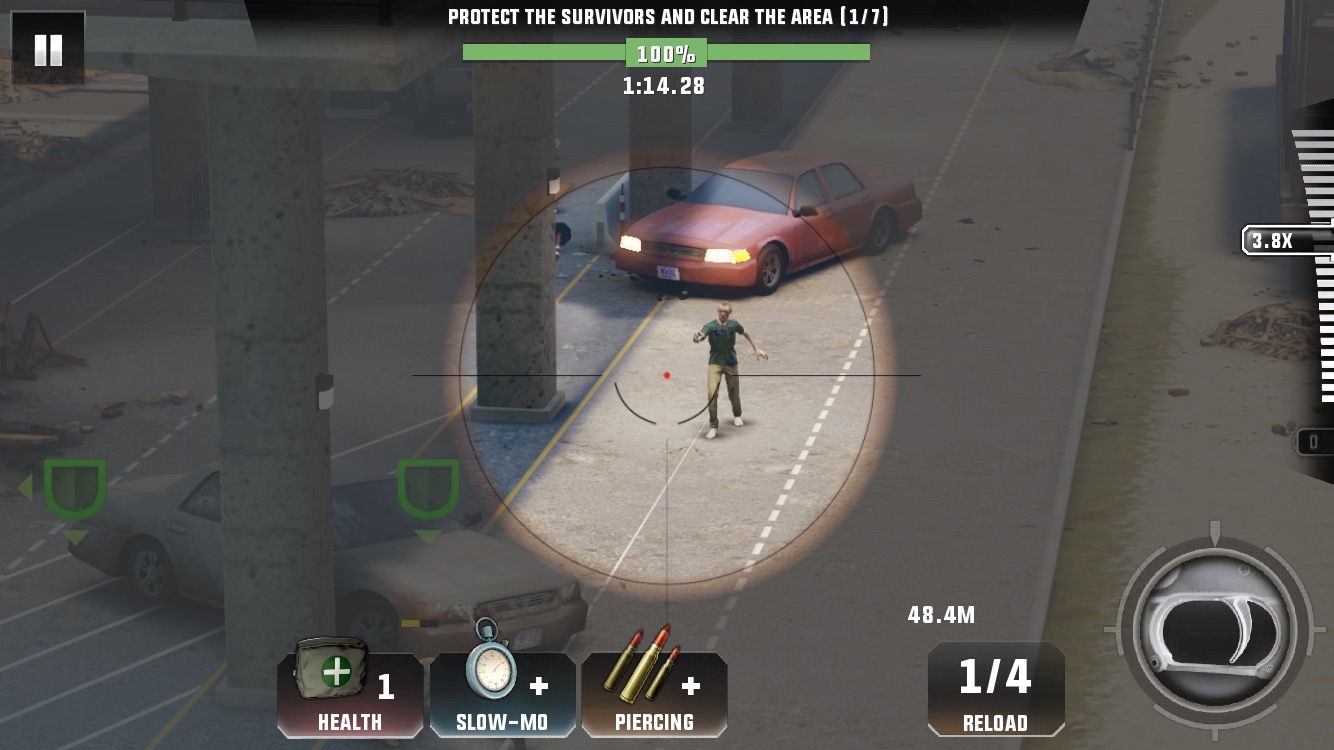 Of course, you are essentially playing the same levels over and over again, and it is a lot like its predecessor. Kill Shot Virus isn’t rich on variety, but it’s still fun. Kind of like when you have a craving for junk food, it’s never going to beat a classier meal, but sometimes you just want something quick and easy. Kill Shot Virus does a fine job of being the gaming equivalent of that. You’ll always feel like there’s something new to do, even if it’s something you’ve actually done before.