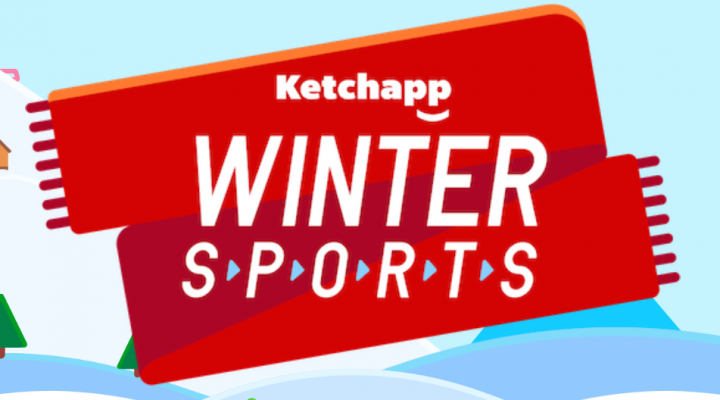 Less variety in events than with Ketchapp Summer Sports (where's the luge?).

The trick to performing tricks at the top of the snowboard ramp isn't given in the tutorial.

Ketchapp Winter Sports will instantly, and unapologetically, feel familiar to anyone who’s played Ketchapp Summer Sports. The two are, essentially, the same game in different skins, but with Ketchapp Winter Sports including some slight, but welcome, improvements on the original, which was released this summer to coincide with the 2016 Olympic Summer Games in Rio de Janeiro.

The premise of Ketchapp Winter Sports is simple – you snowboard, ski and skate your way through and endless course of obstacles. In each stage, you’re in pursuit of your best time, best trick and farthest jump. Along the way, you make progress towards collecting gems, which can occasionally be picked up during gameplay itself. The gems are used to purchase gift boxes containing items (clothing and accessories) that will improve your performance. 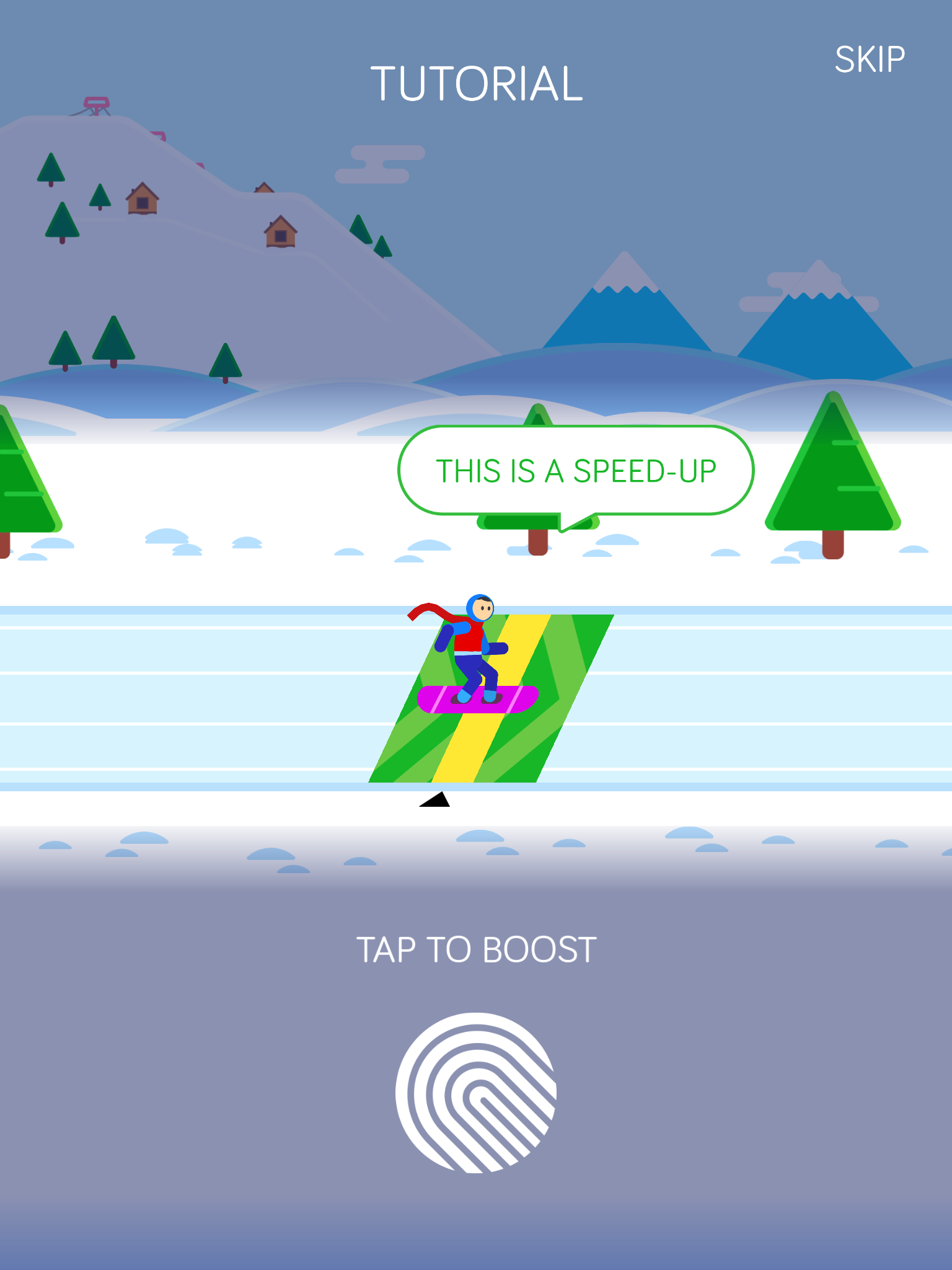 While you navigate obstacles by tapping the screen, Ketchapp Winter Sports is the farthest thing from a button masher. Instead, it feels much more like Guitar Hero. Timing is not just critical, it’s everything. To stay in the game you have to listen carefully to its rhythms and how they change with each stage. Fortunately, it doesn’t take long to find the groove and start making some serious headway towards completing the games’ challenges and racking up shiny gold trophies along the way.

Trophies are awarded for any number of things – number of perfect taps, distance flown (in the ski-jump), rounds of an event conquered – complementing the event-specific ranks at the top of the screen. This makes it easier to achieve set goals and to see how you’re faring compared with other players and your past self. One thing worth noting is that distance flown in the ski jump is determined by your speed as you hit the ramp, which might not be immediately obvious. This means getting as close to perfect taps/holds as possible on the speed boosts in the lead-up to the ramp is even more important here than in other events.

The presence of two snowboard events (ramp and rail) means you’re getting less variety in Ketchapp Winter Sports than with the summer edition. But, the slight updates that were made for Ketchapp Winter Sports mean that you never feel like you’re missing something. For example, there are more opportunities to collect gems by watching videos – either directly or through a chance to retry the gem rush level. This means more items faster, and it’s not as though there’s a constant bombardment of ads during gameplay either. Plus, if we want to keep getting fun new games to play, we need to support developers one way or another.

Though it might seem like an insignificant improvement, the items unlocked in Ketchapp Winter Sports seem more seasonally appropriate than in Ketchapp Summer Sports. Gone is the shock of ever finding your once friendly avatar running the 100-meter dash under the blistering Brazilian sun in a balaclava. In fact, it seems the balaclava – arguably more appropriate in winter – might be gone entirely, replaced with puffy jackets, bright colours snow pants and a range of cheerfully non-threatening heads & headwear. 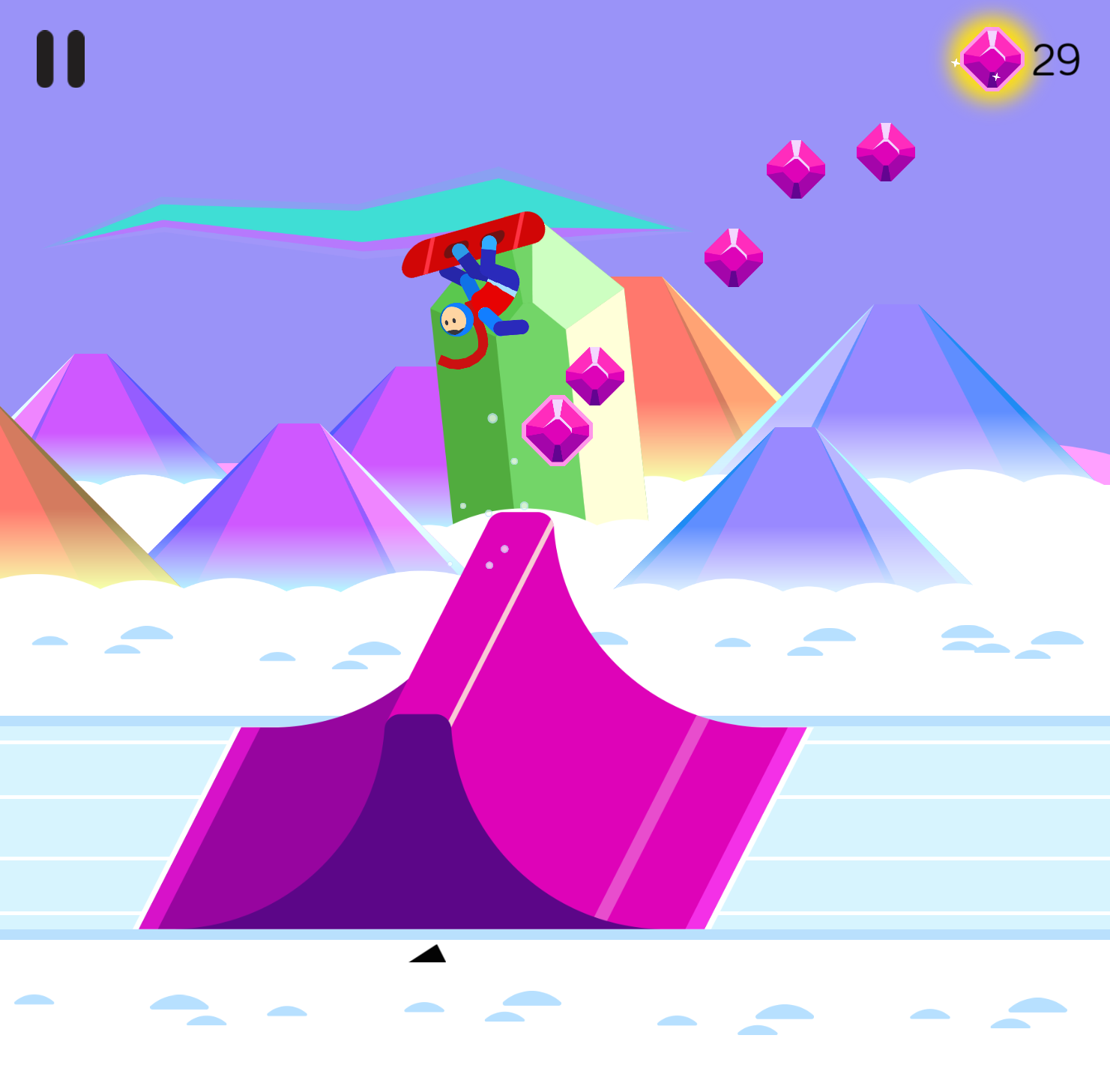 Ketchapp Winter Sports may not wow, but it does have a lot going for it. Its graphics are bright and welcoming. The gameplay is simple and intuitive. Perhaps best of all, it’s fast and frustrating in the best possible way without being addictive. It’s easy to pick up and put down without any sense of missing out. Rather than making the game forgettable, this will likely add to its longevity.

Tales of Terror: House on the Hill Review – Oh the Horrors

Stagehand Review: Power To The Platform