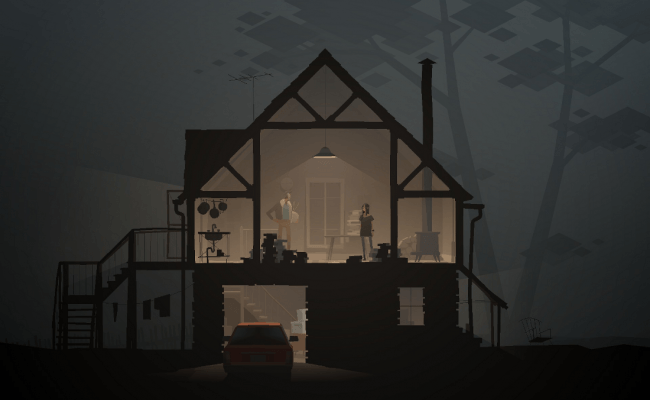 Before starting this review, I spent a good ten minutes trying to decide how best to categorize Act 1 of Kentucky Route Zero. That was a complete and total waste of time. This is not the kind of game that can be neatly placed in a box, which will make it something of a pain to own if you ever move to a different house. But you need to get over that, because we may well have an early contender for 2013’s game of the year on our hands.

That probably sounds a tad premature, what with this being the first act of a five-act game. But it set a very high bar in a very brief span of time (my playthrough lasted about two hours), and if the following acts manage to stay on par with or exceed that bar, then Kentucky Route Zero will no doubt show up on an alarming number of best-of lists come end of year.

But I’m getting ahead of myself here, aren’t I? Let’s all pretend I didn’t just write that way unprofessional love letter and focus instead on this forthcoming analysis of the game. Cool? Cool.

Although I still refuse to put it in a box, I’ll at least say that Kentucky Route Zero has quite a bit in common with the adventure genre. Movement and general exploration are point-and-click endeavors, and interaction with other characters is often done via dialogue tree. But the similarities stop there. The game doesn’t really have any puzzles, nor does it try to perplex or challenge you. It kindly invites you into its well-realized world, and proceeds to place you front and center in a story that’s equal parts endearing and surreal.

The game begins with protagonist and antique furniture deliveryman Conway asking for directions to Route Zero at a gas station, a simple enough act that ultimately sends him on an incredibly strange journey. You see, Route Zero is located in the caves beneath Kentucky, which unfortunately isn’t a location Google Maps has in its directory. In fact, much of Act 1 is dedicated to Conway roaming the desolate roads, asking around, and following leads on the strange highway’s location. 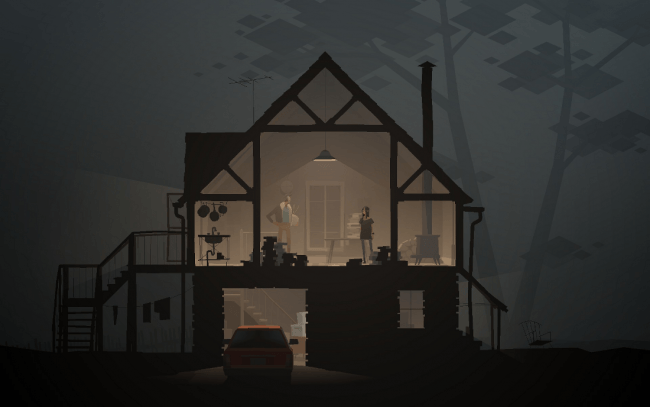 Conway is accompanied by an old dog wearing an equally old straw hat – which is but one of the several interesting characters you encounter in Act 1. Although most of the people he meets treat him with good ol’ fashioned Southern hospitality, they also have a mysterious, hard-to-place air about them. This is a juxtaposition the game plays with constantly, as the world frequently teeters back and forth between the real and surreal. Kentucky Route Zero‘s presentation further hammers this home, with its excellent soundtrack—which consists of Lynchian soundscapes and gritty bluegrass—to its stylish camera angles and aesthetic.

But despite my enjoyment of all these elements, it’s the writing which ultimately deserves the most commendation. Kentucky Route Zero‘s tale is told mostly through dialogue, and despite the many risks inherent to that route, it pulls it off brilliantly. It seems that no matter which option you choose in a dialogue tree (I tried several), the conversations always remain interesting and—perhaps unsurprisingly—strange. It’s some of the best writing games have seen in a long time, and I’m already looking forward to experiencing more of it in later acts. 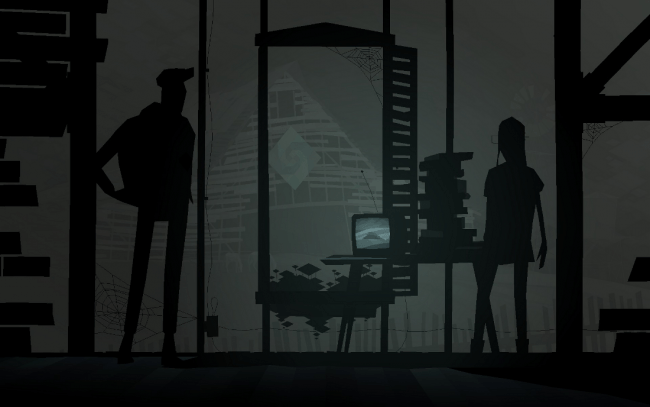 Simply put, Act 1 of Kentucky Route Zero is something everyone needs to play. It’s one of the best experiences I’ve had with a game in a long time, and it feels like the start of something truly special. The story and world are nothing short of intoxicating, and even the most jaded of gamers will walk away with an expanded perception of what this medium is capable of. Now stop reading all these words that I’m writing and play it, darn you.