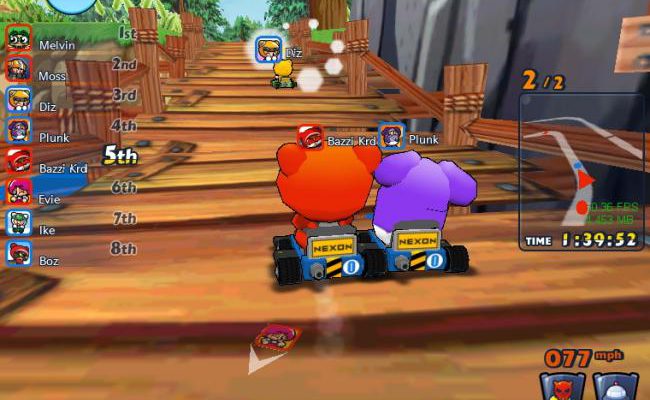 A Dash of fun, served a la Kart

When it comes to making you hate your friends, the kart racing genre is second to none. The ridiculous weapons, the ease with which a player in dead last can overtake you in a matter of seconds; it’s all rather frustrating. With its devious arsenal of weapons and demanding course design, KartRider Dash successfully carries on this age-old tradition of aggravating the heck out of players. Prepare to swear like a sailor.

The game kicks off with a brief tutorial of its pleasantly simple control scheme. The arrow keys are in charge of steering, the shift key lets you choose which of the two weapons/power-ups in your arsenal you want to use, and the CTRL key triggers the power-up you currently have selected. Even the most gaming illiterate could understand how KartRider Dash works in a matter of minutes, which could lead to the game having a thriving online community for quite some time. 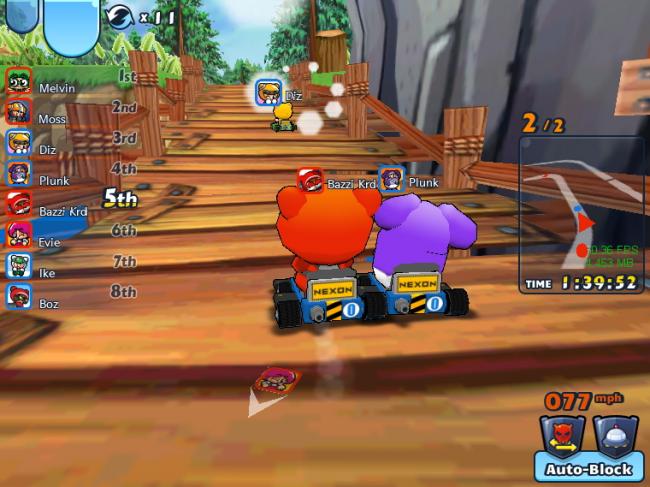 Speaking of online, KartRider Dash is a game that’s all about the multiplayer. There’s the aptly-named “Buddy” mode, which lets you play against friends, and then there’s the “Quick Start” mode, where you can jump into a game with random people. A lack of people to play against can kill any multiplayer game, but I never encountered that problem with KartRider Dash. If your friends aren’t in the mood to play, you’ll have no problem finding a group of people ready and willing to drop banana peels in front of you.

I don’t blame you if my mention of banana peels has you concerned that the game is an unabashed Mario Kart ripoff. I assure you it’s not. In fact, Nexon – the game’s developer – made the effort to concoct a diverse stable of items. From homing missiles to “water wisps” that encapsulate other players in orbs of water (I hate them so much), the game managed to distance itself from the Mario Kart arsenal, if only on a cosmetic level.

The game also manages to narrowly avoid Mario Kart comparisons with its vibrant cel-shaded graphics. They’re incredibly striking, and in a way you don’t often see in the racing genre. On a thematic level, they fit perfectly with the kind of game KartRider Dash makes itself out to be: A playful, accessible racing game with a refreshing willingness to be as colorful as possible. 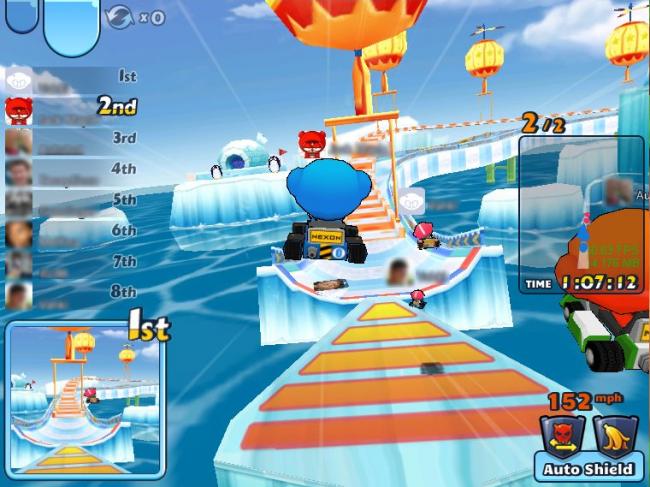 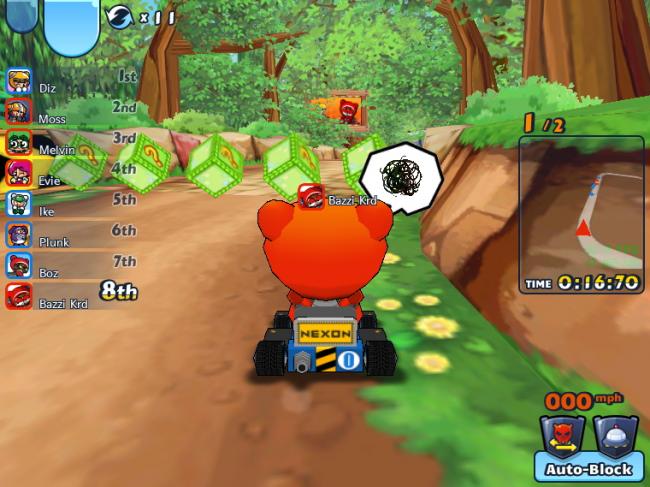 As much as I enjoy nearly every facet of KartRider Dash, Nexon’s decision to throttle the amount of times the game can be played in one sitting definitely rubbed me the wrong way. If you go race-after-race without giving the game a chance to breath, you’ll either have to purchase additional “fuel” or wait it out until it refills itself. I would have preferred to see in-game purchases associated exclusively with power-ups and cosmetic items, but then it’s pretty easy to avoid paying any money for fuel.

Easily my favorite part about the game is the low barrier-to-entry. Whereas most racing games are only fun if your friends purchased them as well, KartRider Dash is a game just about anyone can play. Have a Facebook profile and a mild interest in racing games? Great, you can play with me. Or your friends! If you’re even a casual fan of the racing genre, there’s bound to be something about KartRider Dash that sings to you – be it the cartoony weapons or the ability to race against your mom.