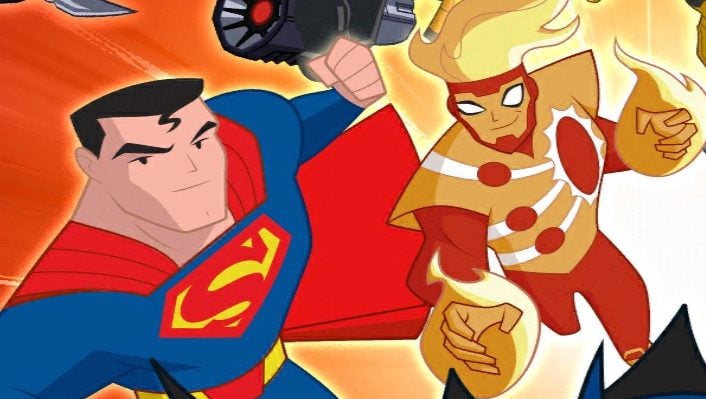 Just like in Batman versus Superman Wonder Woman steals the show!

Performance is highly variable. Sometimes it's perfectly smooth, other times it's really laggy.

Where are the rest of the heroes? Are they hiding in a future update?

Although the Justice League have made many a mobile game appearance, we’ve never seen them quite like this before. Developed as a tie-in with Justice League Action, the latest DC Comics animated series which first debuted on Cartoon Network late last year, Justice League Action Run is a mission-based runner that has you running, jumping and flying through challenges as your merry band of superheroes defeats the world’s most famous fictional supervillains.

Whether you find yourself playing Justice League Action Run on Android or iOS, phone or tablet, you’ll likely find that it’s one of the more enjoyable runners on the market. The gameplay itself doesn’t exactly feel original, but its developers seem to have really paid attention to the features that gamers have enjoyed with other runners, such as swipe (rather than tilt) controls on special vehicles. Waving your iPad around on public transit like you’re trying to get cell reception in a forest is so 2016. 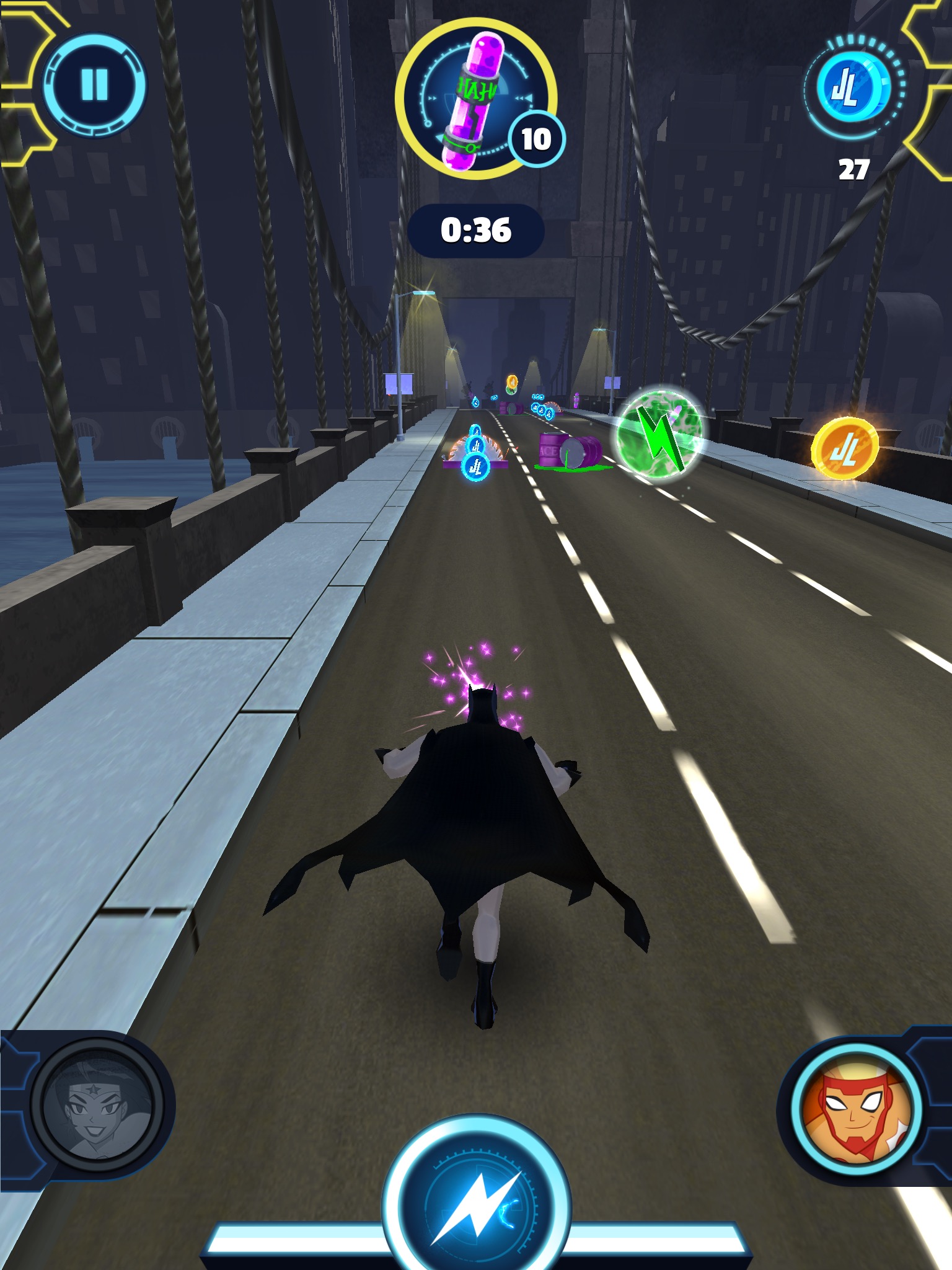 If you’re a DC die-hard, one of the first things you’ll notice is that this isn’t your traditional Justice League. There’s no Aquaman in sight. On the one hand, this means there won’t be any tears on your screen because you’ve been stuck with quite possibly the lamest superhero in the history of superheroes. On the other hand, this means THERE’S NO AQUAMAN! Does canon not mean anything anymore?

To be fair, Aquaman is also missing from the Justice League Action television series on which the game is based. Still, the range of heroes to choose from in Justice League Action Run is far more restrictive than it needs to be given the variety of heroic characters in the show.  You start the game with Batman and will, over the course of playing, unlock Wonder Woman, Firestorm, Cyborg and Superman. While the youngsters in your life might be able to overlook this lack of choice and accept the newest iteration of the Justice League at face value, it’s understandable if this is a deal breaker for those who grew up immersed in the DC universe. 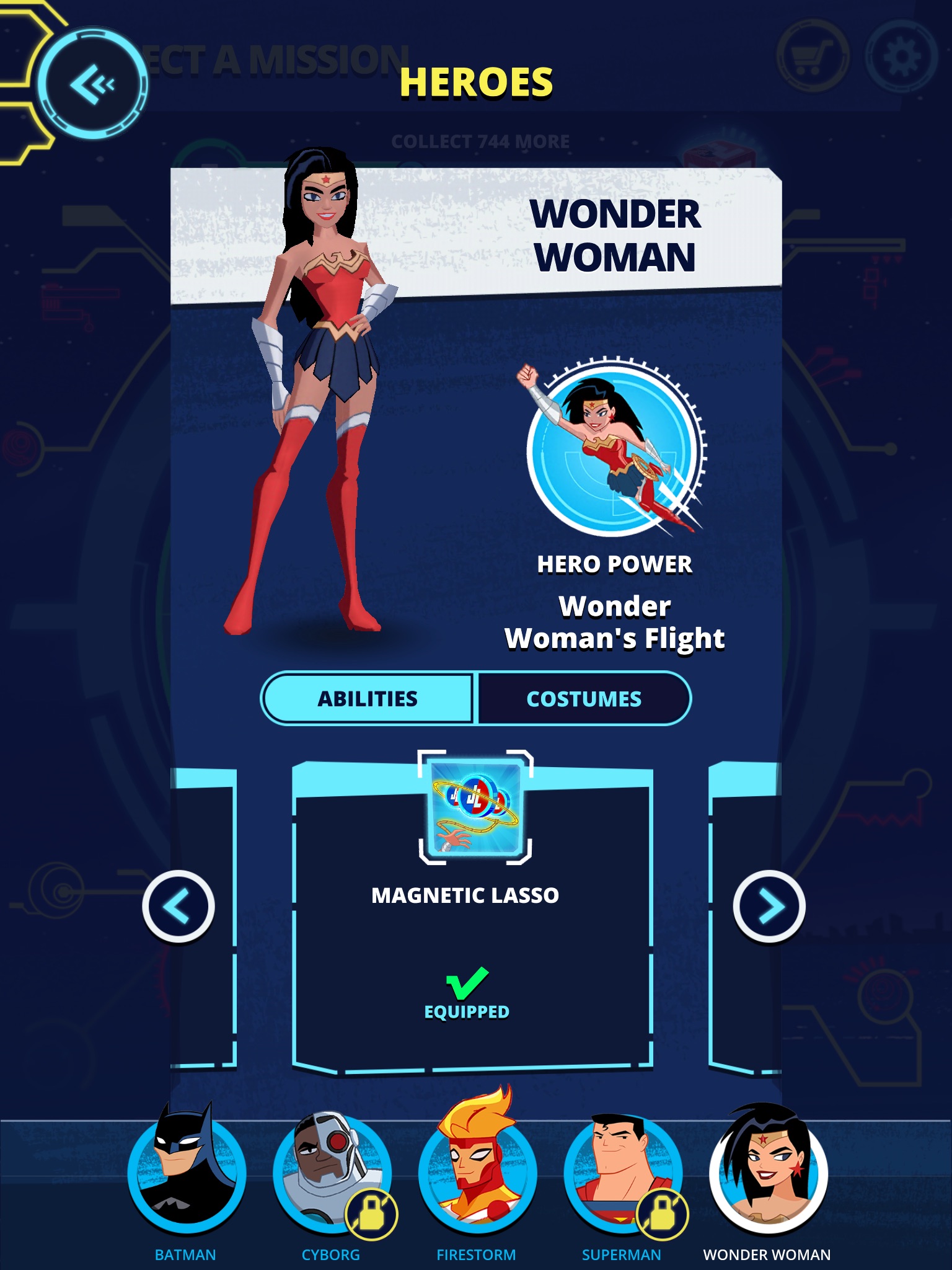 The gameplay itself is straightforward: three lanes of movement, obstacles to jump over/duck under, an action button that enables your special move. There are limited boosts that can be earned from completing missions and need to be used sparingly. The moves themselves aren’t anything special, except Wonder Woman’s ability to fly comes in more than a little handy on quite a few missions. If you’re looking to put your best foot forward, it might be a good idea to lead with Wonder Woman for this reason. 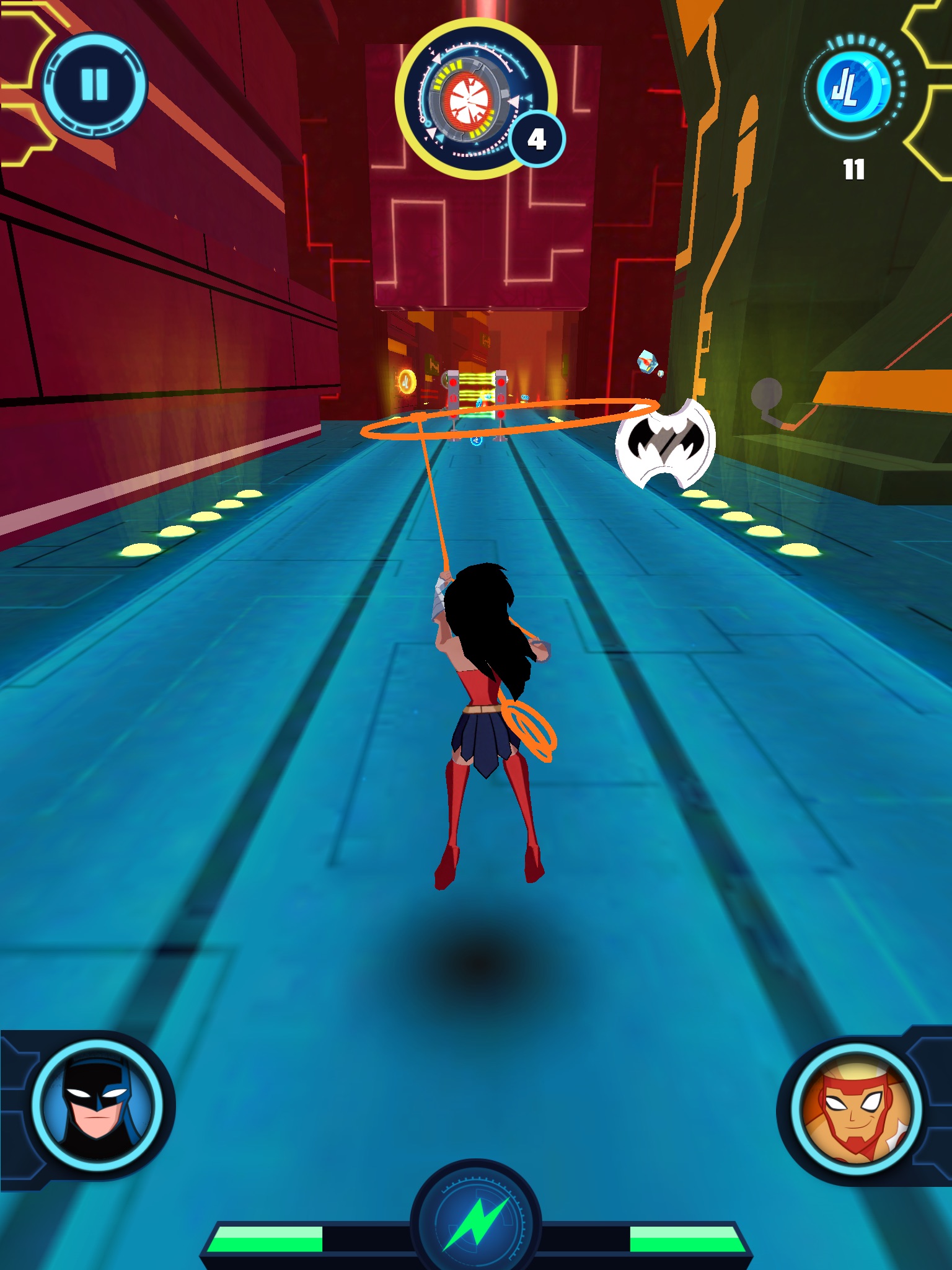 There are two things that help make Justice League Action Run one of the better runners on the market right now. The first is the way you have three heroes in action during your run. If you trip up or get blasted with one hero, you’ve got two more as back-up. It’s like having two free revives for each attempt. This does lower the overall difficulty of the game, but if you’re looking for a real challenge you can always just try to get through the mission with a single hero.

The second is the way the game is divided. There are 150 missions overall to complete, and while it’d be easy enough to rush through them all in a couple hours, the chapters are divided into five missions and end with a boss mission, making it easy to put down after each chapter. This is great whether you’re trying to barter with yourself (just one chapter then I’ll write that essay!) or a child you’re responsible for getting to the dinner table without too many tears. 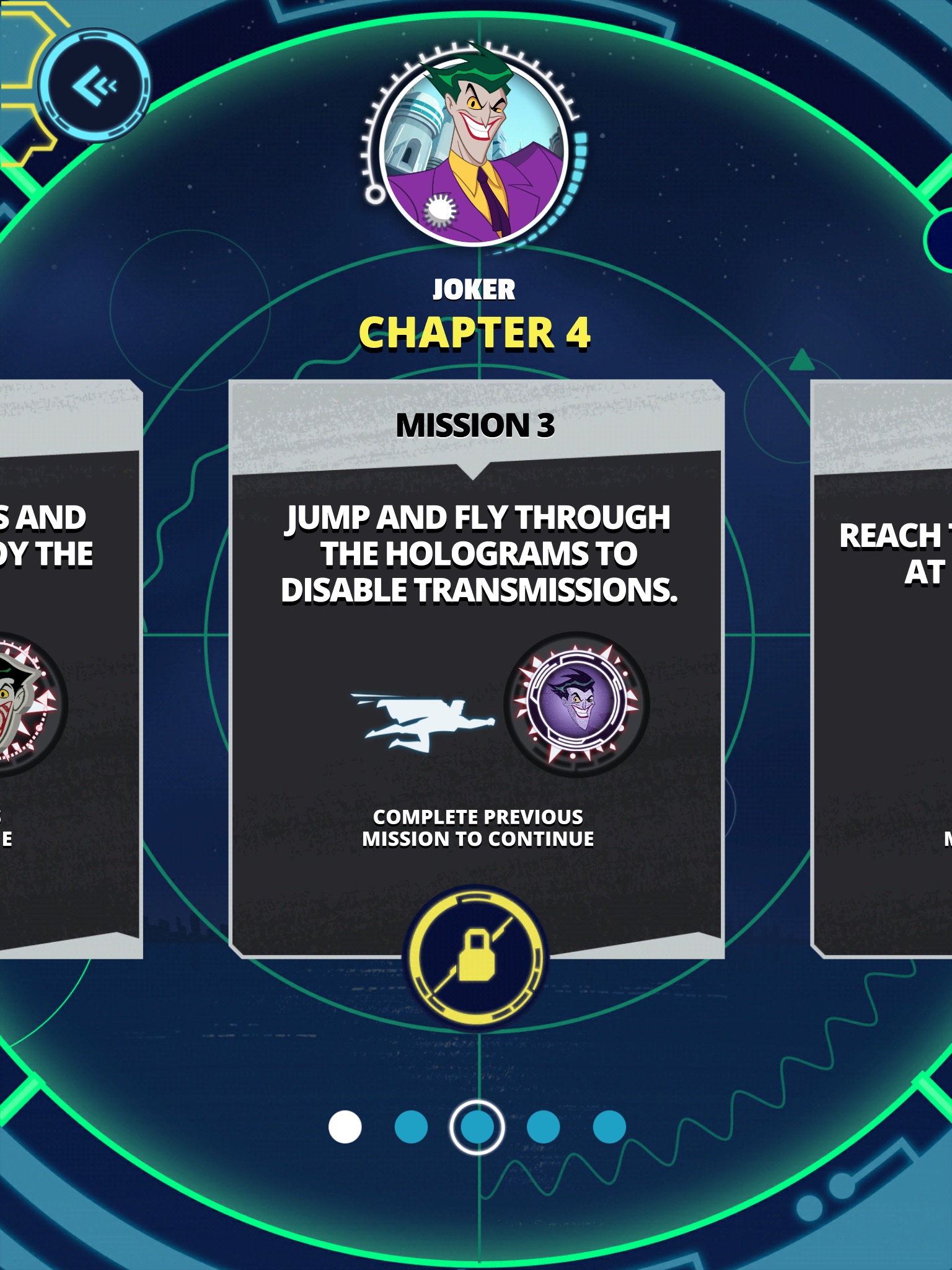 While there’s a lot that’s solid about Justice League Action Run, one real source of frustration is game performance. It can be an extremely sluggish game with a serious lag problem. While it’d be great to be able to pinpoint the issue to a specific device, age of device, or operating system version, it seems to be much more random than that. It could just as easily be caused by whether the local sports team had a great game the night before as by the phase of the moon for all the logic the performance issue makes.

In the end, Justice League Action Run will reach its audience – fans of the television show and DC enthusiasts that can accept a new-look Justice League. With so many other runners to choose from, it’s appeal beyond these groups will likely be limited. If you are so inclined, check it out and you might be pleasantly surprised. It’s not revolutionary, nor is it genre-defining, but it’s good enough to keep you hooked through all 150 missions. You just might even walk away with a sense of accomplishment in the end.