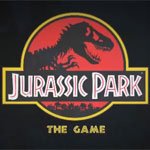 Jurassic Park: The Game is heavy on nostalgia, but light on gameplay

Ready to have one of those “Wow, I’m old” moments? “Jurassic Park” the movie came out 18 years ago. To put that in perspective, babies who were born the year that “Jurassic Park” came out can now vote. So, even though it might seem like odd timing to bring out Jurassic Park: The Gamenow, we were still super excited when Telltale Games (of Monkey Island and Sam & Max fame) said they were making one. Unfortunately, it doesn’t quite live up to expectations.

I have to give it up to Telltale for the story setting and placement. The first episode picks up during the events of the first movie, after hacker-turned-thief Dennis Nedry steals the Dino DNA and is en route to deliver it to a competing company for a big payoff. On his way, Dennis is attacked and dispatched by a dino and never makes it. As the game starts you’ll play as the people waiting for him at the docks, who venture into Jurassic Park to see if they can find him after he no-shows them. Guess how that’s going to turn out?

The game does a great job of recreating the various elements of the island to really make you feel like you’re there. The various buildings of the park, the cars and jeeps and especially the music instantly transport fans of the movies back into familiar territory. And it never stops being scary when the T-Rex lets loose one of its roars.

Jurassic Park really isn’t your typical “game” per se. It’s not a guided experience or interactive story. Instead, much like Heavy Rain on the Playstation 3, gameplay consists of a series of scripted events during which you’ll need to hit buttons, move directional keys, and more when prompted onscreen. So if your character is climbing a hilltop, for instance, you might have to hit alternating buttons at certain times to representing the character’s feet.

In addition to the onscreen prompts you’ll also at certain times be able to move the camera around and examine your surroundings. This is limited, however, and you can only do it when the game allows you to. You’ll also need to occasionally have conversations with other characters and you’ll be given choices as to what you’ll say during those scenes.

The game is basically separated into two different gameplay scenarios, which I’ll call passive and active. The passive ones happen in between big set pieces and are calmer in nature. You’ll explore areas, solve little puzzles (like getting a Triceratops back into her pen) or have conversations with other characters.

The active sections are high-risk situations, like having to run through the jungle while being chased, or trying to outsmart a T-Rex who really, really wants to eat you. Typically, failing some of the actions in the passive modes doesn’t mean very much, and in the active modes doing something wrong might end up getting you killed. But not always.

One of my main complaints about the game is that it doesn’t indicate well enough whether a button press actually matters, and when it doesn’t. Sometimes you need to alternate button presses to simulate walking quietly or climbing something. Failing just means they stumble and you’ll lose some points, but the story continues. In the high action areas, however, failing once could instantly kill you — or not. Missing the prompt could end with you being eaten, or just getting knocked over and able to bounce up and try again. It’s inconsistent, so when you do actually die it feels like it didn’t happen because you failed, but because the game did.

I’m not against the idea of these quick-time events making up the entire game, I loved it when I played Heavy Rain. But the huge difference is that decisions you make and succeeding or failing during the gameplay sets the course for the game. Messing up and having a character die in Heavy Rain means the game moves on without them. In Jurassic Park, I hit a button to start over then just do the prompt again.

There just no consequence to what you do, and at the core of it that’s really the issue with the game for me. In fact, it’s sort of a dealbreaker. Since the story can only move forward in one direction, once you realize that then any tension you might have trying to navigate the various sequences is lost. It’s simply not enough to try to do well or re-do areas simply for score medals.

During the adventure you’ll bounce around characters who were all either stuck on the island or sent to rescue those stuck. Unfortunately as good as the placement of the story is that actual storytelling falls really flat, which is off-putting from a Telltale Games title, they’re typically very solid. The characters are all one dimensional caricatures and never convey enough emotion to get you involved.

It’s not that Jurassic Park is a bad game, cause it really isn’t. But the word I kept coming back to over and over while playing was “disappointment.” The movie was awesome, the book was awesome. With Telltale at the helm the game should have been awesome. But while it’s ok it just doesn’t live up the potential at all, so ultimately feels like a failure of execution.