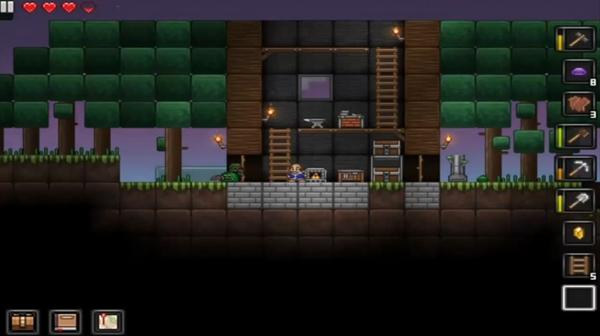 The craft-em-up sequel we were hoping for

You know how sometimes games can just be so open-ended and freedom-filled, that some players find the content and possibilities on offer more than a little daunting? This was the case with the original Junk Jack, a lovely Terraria-like experience for mobile that had quite the steep learning curve.

Junk Jack X aims to take the original concept, fix it up with the necessary easing-in to help the sorts of players who dropped out early last time, and then throw a bunch of additional content in for good measure. While Junk Jack X doesn’t exactly shy away from what made the original popular the first time around, it’s still worth heading back into the world of Jack.

You’re plonked into a vast, randomly generated world filled with gorgeous block landscapes and springy animals, and left to fend for yourself. Junk Jack X is all about using your environment to survive – everything can be crafted into something else, and through trial and error you slowly but surely work out how to turn that wood into some tools, use those tools to gather more materials, use those materials to create better tools…

And so on. But Junk Jack X is far from a repetitive experience, as there’s just so much to see, do, and create. The surface of the world is all well and good, but grab yourself a pickaxe and you can go exploring the depths of the world below you. As you find more and more intriguing materials, you’ll be able to build yourself a home, armor, weapons, trinkets, and all sorts of other items.

This is all very much necessary, because when night falls, you don’t want to be caught short. Nasty creatures roam the land under the cover of darkness, and you’ll need to make sure to hold them back and survive the night, so that you can continue onwards in the morning. Yep – the concept is ripped straight out of Terraria, which in turn was ripped straight out of Minecraft – but it works like a charm, so you won’t hear any complains from us. 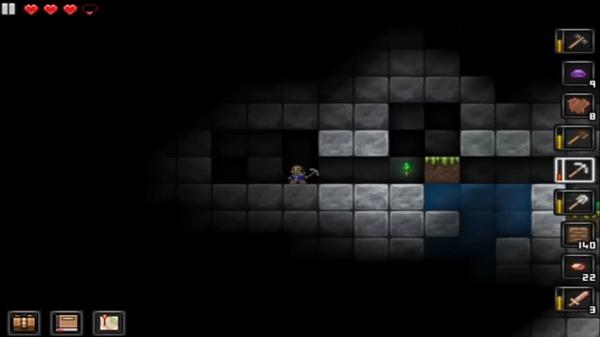 The randomly generated nature of Junk Jack X ensures that the possibilities are endless. You might spend hours attending to some personal goal of your own, while another player might spend their entire time doing something completely different to you. It’s all about creating your own personal narrative – the story of a mysterious character who starts off with nothing, and builds himself or herself into a great hero.

Fortunately, the controls are fairly good at helping you achieve this goal. Rather than going with a d-pad and buttons combo like many iOS platformers, Junk Jack X relies on swipes, taps, and holds to get you where you want to go. It’s a little irksome here and there, especially when you’re right in the thick of it and need tight controls to fend off enemies, but for the most part it gets the job done.

Where Junk Jack X differs the most from the original is in the game’s ease-of-use. The previous game threw you in at the deep end with deflated armbands – Junk Jack X has decided to pump a bit of air into those lifesavers. You’ve got lengthy tutorials to teach you how to play, a simple crafting option if you’re a newbie, and a rejigged inventory screen to ease the pain of shifting items around. 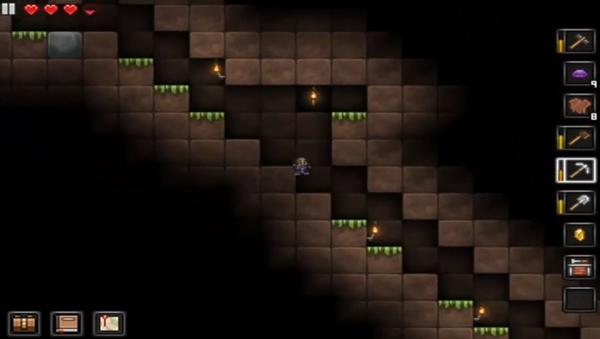 For the most part these new additions work. The text-based tutorial is a little wordy, and doesn’t give the game a great start, but you definitely come away from it understanding what you’re supposed to be doing. Likewise, the new inventory screen sort of solves issues with the original game, but not entirely – I still found certain parts of the interface to be a little cumbersome at times.

There’s also a new adventure mode, which offers a little bit of linearity for those players who are still finding the going tough, and a great online and local multiplayer mode for grabbing friends to join in the fun. Essentially, Junk Jack X takes the original game, jostles it ever so slightly, and leaves you with an experience that contains subtle differences, and enjoyable additions.

And let’s be honest – that’s really what we were hoping for in a Junk Jack sequel. If you were a fan of the original, Junk Jack X is going to need a place on your iPad. But let’s be honest, you’ve already picked it up, right?