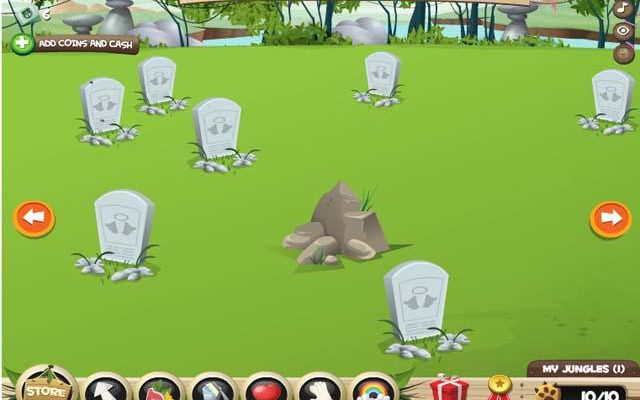 Jungle Life is surprisingly tame for a game about raising wild animals.

You might reasonably expect a game like Jungle Life to offer a very different spin on the virtual pet genre, since it’s a game about raising and breeding exotic African animals. You would, in this case, be entirely disappointed. Jungle Life is primarily an exercise in putting a brightly-colored safari skin over the basic formula of the fish care game. You can mate crocodiles instead of goldfish and decorate a patch of jungle instead of a tank, but those are the main substantial differences.

Jungle Life tries to add a bit of an ecological theme to the proceedings. In aquarium games, you raise fish until they reach a certain level, then sell them back for money. In Jungle Life, you raise your tapir or meerkat until it reaches a healthy old age, then “release it into the wild.” This nets you a cash reward, just as if you’d sold it, but selling exotic jungle animals makes you a jerk. The downside to this approach is that animals can get so old that they die outright, which makes for a depressing sight if you’ve gone too long between sessions. Short-lived animals like squirrels can die and revert into tombstones if you just get distracted from the screen for too long. 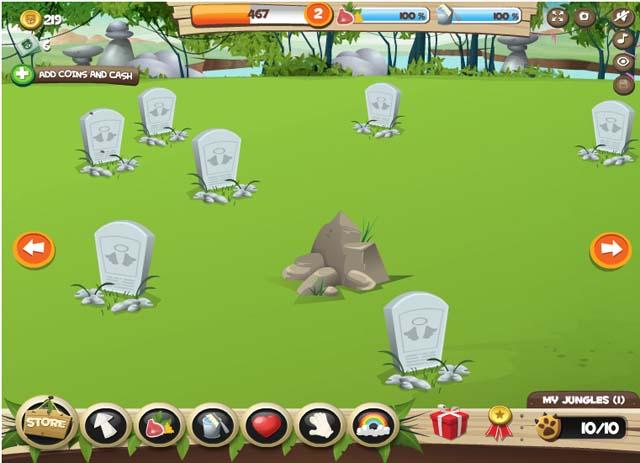 The other features of Jungle Life are pretty standard. You can unlock more types of jungle animal to breed as you level up, but chances are the variety in your little patch of jungle Is going to be limited by how long you tend to go between play sessions. An animal with a short lifespan can die between sessions just as easily as Shrimp Cocktail in Café World goes bad if you leave it sitting out too long, only you’ll probably feel worse about killing a virtual meerkat than you do about wasting virtual food. 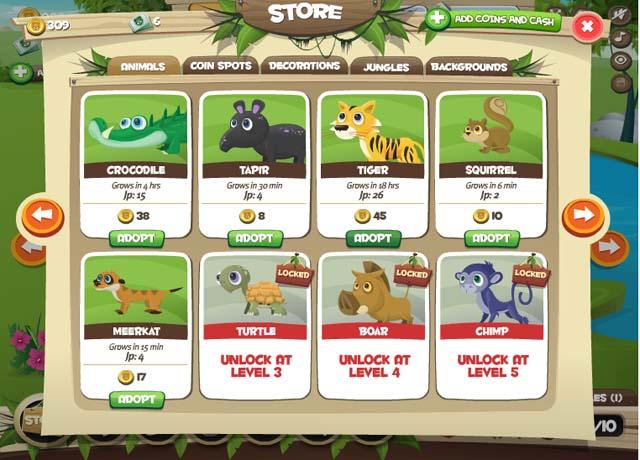 Jungle Life is a good-looking game, at the very least. The animal sprites are big and the game didn’t suffer from any serious memory leak problems during the review period. You can leave Jungle Life going for quite some time in a browser tab, which can be useful if you’re trying to raise a short-lived species of animal. Your menagerie of exotic creatures will wander about, waiting to be fed and petted. Judging from the game’s interface, not all of its features are complete yet, so the gameplay may evolve considerably over time. 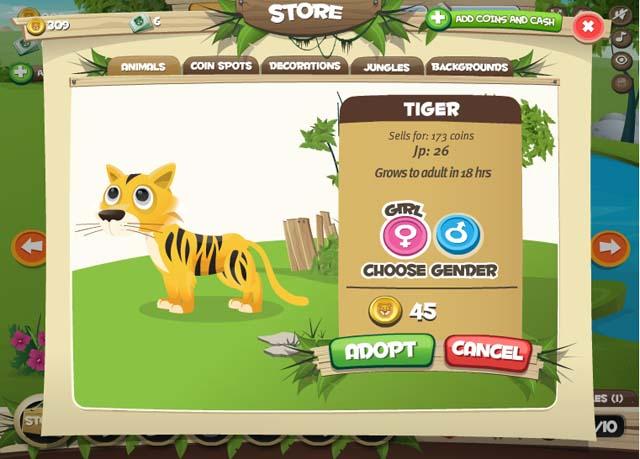 For now, though, Jungle Life is basically just an aquarium game the features exotic animals instead of the usual pet fish. It doesn’t play poorly and isn’t uninteresting. If you’re already playing Happy Aquarium or any of its many clones, though, you’re pretty much already playing this exact same game. Right now, I think you’d really have to like the idea of breeding tapirs to want to pick it up.