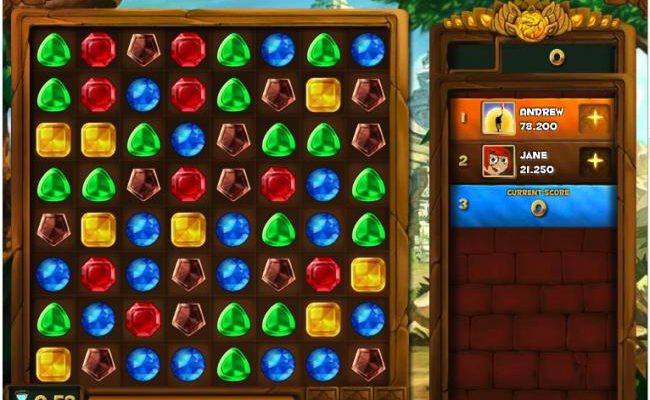 it’s like Bejeweled Blitz only … almost exactly the same

With Bejeweled Blitz, Popcap essentially created a brand new style of arcade game that was perfectly suited to social gaming. And of course the formula has since been copied many times. Jungle Jewels Flash is a game that takes the same one-minute bursts of match-3 gameplay that made Bejeweled Blitz such a hit, and tweaks it slightly with a different visual theme and a slightly more intuitive control scheme. It’s fun, of course, but there’s not really enough here to lure you away from Popcap’s well-established game.

As with all match-3 games, Jungle Jewels Flash is all about matching up same-colored gems on a square grid. When three or more of the same color are matched, those gems disappear, only to be replaced by new ones. The twist in Bejeweled Blitz, which is carried on in Jungle Jewels, is that you only have one minute to rack up as many matches as possible in order to achieve a high score. This provides some frantic, fast-paced action that’s perfect when you only have a minute or two to squeeze in some gaming time, and the addition of leaderboards adds a competitive element that makes the game all the more addicting. 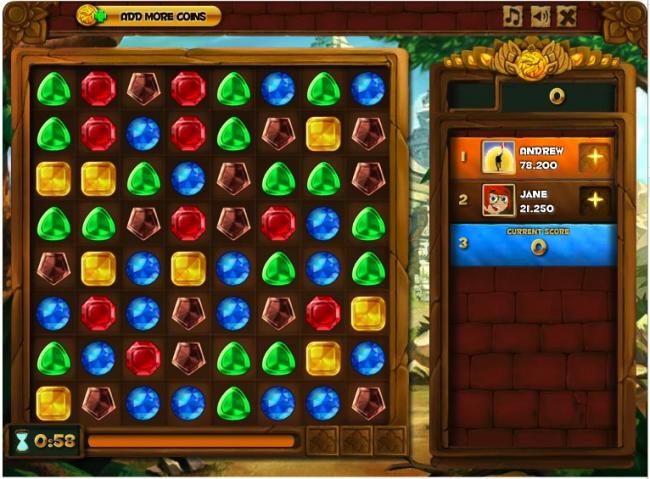 Since Bejeweled Blitz is so fun, it stands to reason that Jungle Jewels is fun as well. The problem is that it’s just so similar. The structure is identical, right down to earning coins to purchase power-ups like row-clearing bombs or time extensions. Sure, the visuals are different, with a pleasant-yet-generic jungle theme, but that doesn’t affect the gameplay at all. And in a puzzle game the visuals are the least important part.

The only significant difference is the slightly tweaked controls. Instead of clicking twice — once to select a gem and a second time to choose which gem to swap it with — you only need to click once and then move your mouse in the direction you want to swap. It’s a bit strange at first for anyone who has played a lot of Bejeweled, but it actually proves to be slightly more intuitive once you get the hang of it. 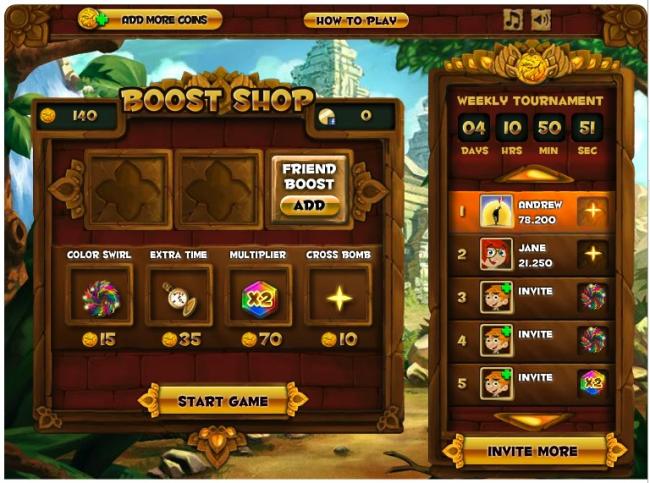 But the control scheme really isn’t enough of a selling point to make someone choose Jungle Jewels over Bejeweled, nor is the change in visual theme. It’s basically the same game, only with a much smaller base of friends to compete with. So unless you’re looking for a second social match-3 game to play or are somehow tired of having to click twice to swap gems, you’ll likely want to stick with Bejeweled.