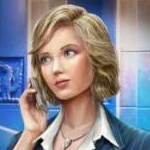 Journalist Journey: The Eye of Odin is a good hidden object game with not-so-good story-line.

It may seem odd to be critical of a hidden object game because of its plot. They are, after all, about finding hidden objects, solving puzzles and unraveling mysteries, all while remaining unflaggingly feisty in the face of daunting odds. In that regard, Journalist Journey: The Eye of Odin does a good job. But I have never, in any hidden object game I’ve ever played, run into anything so mind-bogglingly incoherent as this. How much of a problem that is depends entirely on what you hope to get out of it.

Journalist Journey serves up a lot of hidden objects to search for and for the most part, it’s pretty good stuff. The game doesn’t spend much time on puzzles and mini-games, focusing primarily on challenging hidden object levels instead. Some of the items are very well hidden and things don’t get any easier when players are tasked with telling the difference between a gem and a crystal, or a pistol and a revolver. Hints are available, but the hint recharge times are considerably longer than those in most other games, encouraging perseverance and careful scrutiny rather than an over-reliance on the computer’s help.

The puzzles and mini-games that do occasionally pop up between levels are generally quite simple, although a couple of “puzzle locks” that require players to rotate puzzle pieces to complete a picture may take a few minutes to work through. It’s no coincidence that those are also the most entertaining and satisfying of the bunch; the rest are more akin to activities rather than actual puzzles, requiring players to do things like trace a simple pattern with the cursor, and serve little purpose beyond padding out the game’s length a bit.

It hardly seems necessary. Journalist Journey has more than 25 widely varied locations, each packed with close to 20 hidden objects (and sometimes more), and will eat up about four hours of game time. For gamers who enjoy straight-up, unadorned hidden object searches, there’s a lot here to like. But there are a few rough spots, too.

Alongside the regular hidden objects, many levels also include two or three “hidden” hidden objects that are, for instance, stuck inside a flower pot or behind a door. Because they can’t be seen, finding them involves the time-honored tradition of the “pixel hunt,” moving the cursor slowly across the screen until it changes shape to let you know you’ve found something. Pixel hunts, despite what some game developers seem to think, aren’t much fun; unfortunately, Journalist Journey has more than its fair share of them and some are very picky about cursor location.

A guide to progressing through the game’s levels are provided by an in-game journal, which updates automatically and is normally fairly clear about what to do next, but there are occasions when it can be a little unclear. There’s also a lot of back-and-forth travel between the game’s levels, which run the gamut from the heroine’s office and a downtown murder scene to Chinatown, an ornate castle, an old shipwreck and more, but the return trips are only for single items rather than full-fledged searches, which tends to make them feel unnecessarily tacked on. Do we really need to travel all the way across town to a murder scene we’ve already investigated just to pick up a brush so we can run back and dust off somebody’s desk?

And then there’s the story. It’s not a deal-breaker by any stretch, but the near-randomness of the plot is very hard to overlook. Things happen arbitrarily, including a series of encounters with increasingly bizarre characters who show up, do their part to move things ahead and then disappear as though they never existed. Meanwhile, Cathy, the game’s central character, moves through it all without about as much emotional depth as you’d see from an average head of lettuce. She’s entirely unengaging and gets no more worked up about the discovery of an ancient cult that threatens the entire world as we know it than she does when her boss calls to give her a new assignment.

Does it matter? Not really, I suppose; we don’t play these games for their great literary value, after all. But it’s such a cursory, half-hearted effort that at times I felt as though I was playing a parody of the HOG genre. Journalist Journey never throws players a wink to let them know that it’s in on the joke, though, or that there’s even a joke being told; what you see, sadly, is what you get.

Still, it’s far from a bad game. There’s a lot of good hidden object gameplay on tap, just nothing else that’s particularly noteworthy. (Although some of the music is quite nice, particularly the classical arrangements.) Journalist Journey is a one-trick pony, but fortunately that trick is the one we’ve come to see. As long as you’re not after anything more complex than that, Journalist Journey: The Eye of Odin will prove a strange but satisfying experience.