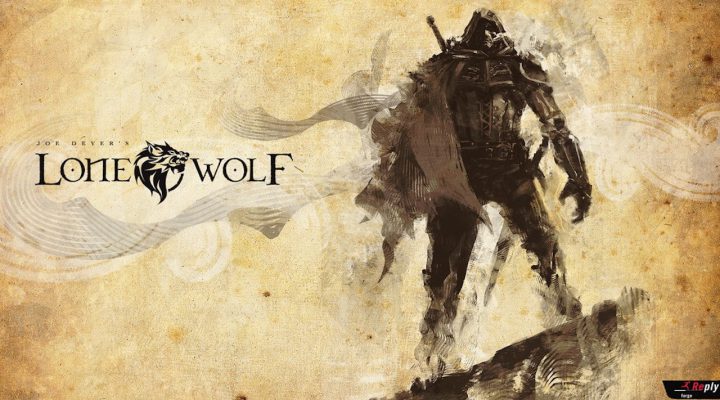 Battle sequences require rapid input from players, which will be a problem for anyone with slow fingers

You may recall that I wasn’t particularly impressed with the opening act of Joe Dever’s Lone Wolf. It’s a rather pedestrian story told by way of a lovely virtual book filled with gorgeous faux pen and ink illustrations that leap to life in bold colors during combat.

Unfortunately, that’s where it all falls apart: The combat is repetitive to the point of tedium and very difficult to get past in some areas, with the net result being that it feels not so much like a game book as a linear series of fights strung together by paper-thin narrative over which you actually have very little control. I had hoped that the developers would have improved on those shortcomings by the third act, The Shianti Halls, but alas, it wasn’t to be.

Lone Wolf Act 3 is, for all intents and purposes, identical to Act 1. (I skipped Act 2, so I really can’t say anything about what happened in between.) The book-style presentation remains, the illustrations and music are every bit as good – which is to say, they’re excellent – and you will spend the bulk of your time fighting monsters of various sorts. 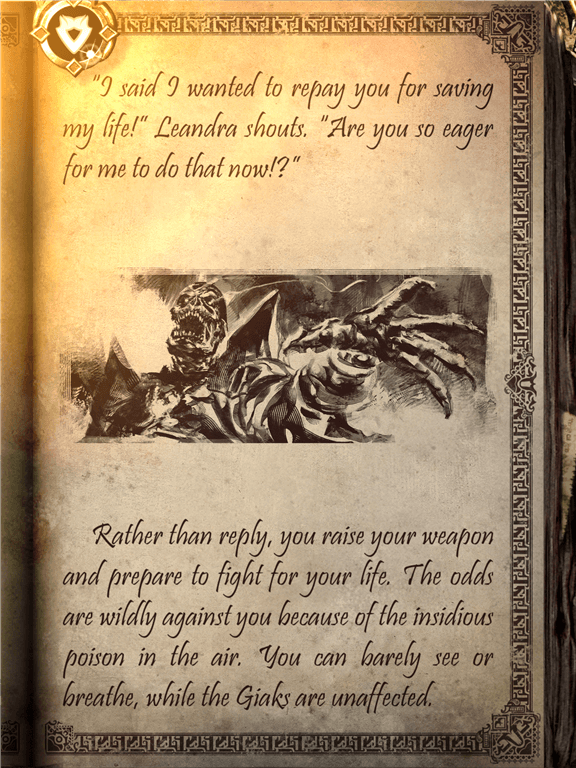 It’s not terribly difficult at the “easy” setting, but it’s not all that terribly interesting either; it’s certainly more action-packed and graphical than that of Steve Jackson’s Sorcery!, but in that game combat is rare and often avoidable, while in Lone Wolf it’s exactly the opposite. Combat is far and away the game’s central focus, and being “better” doesn’t mean it’s good enough to be the central pillar of gameplay.

The problem is simply the sheer volume of fighting you’re forced to do. More often than not, it’s unavoidable. In one instance, I had to choose from three reactions after entering a room with a collapsing floor, but they all resulted in a battle with monsters below, leaving me feeling like my “choice” was virtually meaningless.

And we’re not talking about token brawls against pushover opponents here; you’re going to get knocked around quite a bit, and the healing potions you can drink during combat are relatively rare. Some tactics work better than others – a first strike with that massive magical sword on your back is never a bad idea – but it quickly becomes a grind.

That might be tolerable if the underlying story was compelling enough to keep things moving forward, but it really isn’t all that impressive. There’s a powerful “young adult” aura about it – emphasis on the “young” – with a central character who can do no wrong and is unwaveringly respected and loved by everyone around him. It’s all just a bit overdone, and the one truly interesting idea the story has – about two men cursed by a very specific type of immortality – is almost immediately tossed away and forgotten.

In fact, one of them actually becomes the game’s merchant; he’s held in an insidious trap from which he longs desperately to escape, and he knows Lone Wolf is his only chance for freedom. He’s obviously been unable to accumulate any money during the years he’s been trapped – and yet he’ll happily buy and sell whatever supplies Lone Wolf needs as he goes about his business. 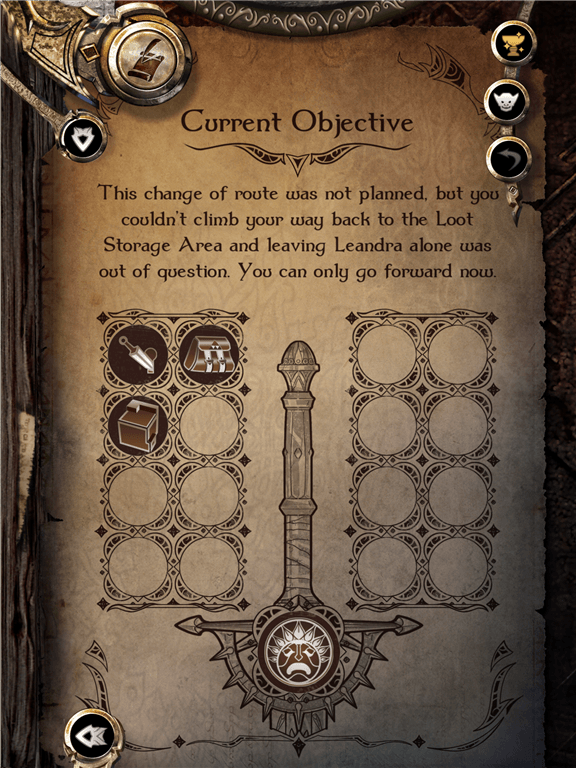 Turning it around, I could live with that kind of inherent silliness if this felt like an honest-to-goodness gamebook, in which I’m making decisions and things are happening and there are consequences to my actions. But that’s just not the case in Lone Wolf, and that’s what makes it so frustrating. On the technical side, it’s a brilliant example of the unique potential of mobile gaming, but the actual “game” part of the equation isn’t nearly so well executed.

Joe Dever’s Lone Wolf Act 3 does add a new monster or two to the action, although practically speaking there’s not much to distinguish them from their predecessors aside from being bigger and badder. And that’s really Act 3 in a nutshell: If you enjoyed the first act of Joe Dever’s Lone Wolf (or, presumably, the second) then you’ll clearly dig this one as least as much. But if you’re hoping for a meaningful change in gameplay direction, something that makes you feel like you’re doing more than just killing things everywhere you go, then I’m afraid you’re in for a disappointment.

Back to Bed Review: Sweet Dream