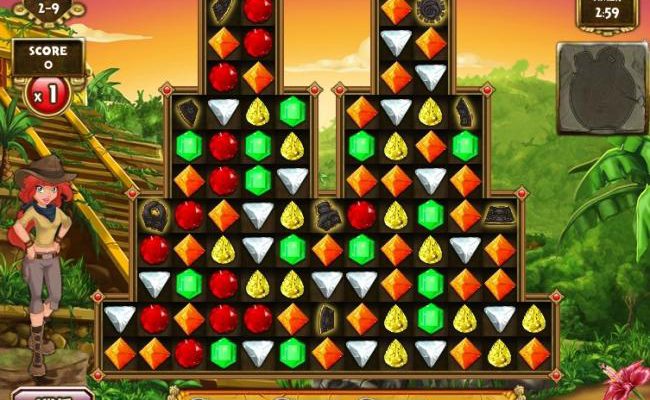 Not quite a diamond in the rough, but a solid take on match-3

You probably think you don’t need another match-3 game, and you’re probably right. But that doesn’t mean they’ll stop coming any time soon. And while Jewels of the Amazon shares quite a bit with its predecessors — from the basic gameplay all the way up to power-ups — it also adds some fun twists and a great adventure premise. It’s far from original, but it’s a solid time waster for puzzle fans.

If you haven’t played a match-3 game before (which we’d find kind of amazing at this point) the basic premise is this: you’re presented with a grid of colored gems and to remove gems from the board you’ll need to match them up in groups of three or more of the same color. It’s simple but fun, and Jewels of the Amazon will be instantly familiar to puzzle fans. And just like in most Facebook renditions of the genre, you’ll be able to earn cash that can be put towards helpful power-ups like explosive bombs. 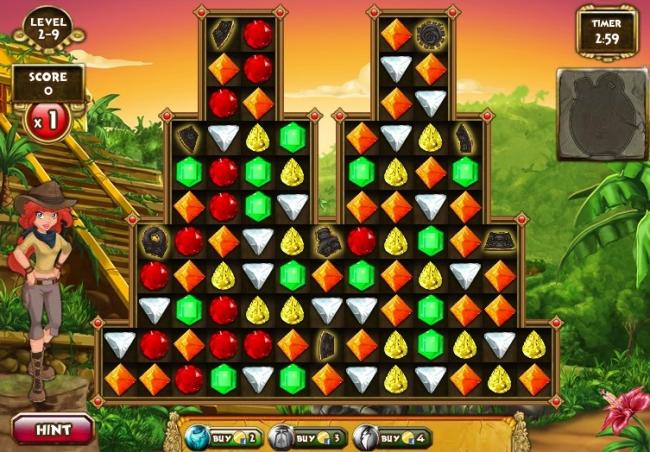 Jewels of the Amazon does manage to differentiate itself somewhat, though, thanks to its structure. Instead of simply being a high-score race like Bejeweled Blitz, you’re actually progressing through a series of levels as you play. There’s a bit of a story in place — involving a quest for some ancient artifacts — and while this helps give the game a real pulpy adventure feel visually, it also factors in to one of Jewels of the Amazon‘s best features.

At the end of each area you’ll come up against a level in which you’ll have to collect one of the ancient artifacts. The level begins with pieces of the artifact being scattered across the game board, and in order to move on you’ll need to match gems so that those pieces fall to the bottom of the board. Sounds easy enough, but when you factor in a time limit, it can be quite challenging. More importantly though, it adds a new wrinkle and some much needed variety. 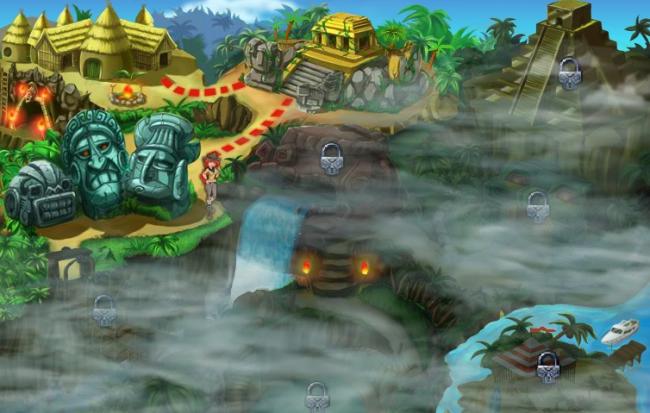 Jewels of the Amazon is relatively generous with play sessions, at least initially. Like in the “Saga” line of social games, you’ll have a number of lives that regenerate over time. But you don’t use them up by playing unless you fail to beat a level. In the first two worlds the levels are all fairly easily, meaning you could breeze past a dozen or so stages without needed to wait for a refresh of lives. But once the difficulty escalates your play sessions will become much shorter.

With a terrific structure, fun artifact-themed levels, and a great presentation, Jewels of the Amazon is definitely a solid addition to the genre. But it’s still yet another match-3 game and despite all of its redeeming qualities, the moment-to-moment gameplay is virtually identical to the competition.