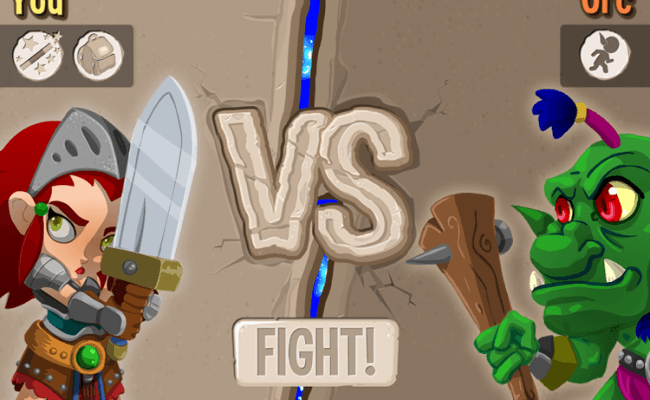 There’s really no way of getting around the fact that Jewel Story is Puzzle Quest on Facebook. Which means that it’s a fairly generic fantasy role playing game where the combat has been replaced with a turn-based version of Bejeweled. It may not do anything particularly new with the formula but, aside from a few niggling little issues, it’s a solid and enjoyable way to get your match-3 RPG fix.

Jewel Story takes place in a fairly forgettable fantasy world. You’re on a quest of sorts, but it’s easy to forget just why, precisely, you’re doing anything. Aside from the fact that everyone keeps asking for your help. You’ll clear some troublesome rats out of a sewer and explore dangerous dungeons, but chances are you won’t remember who any of the characters are or why someone would need a dozen cow brains. 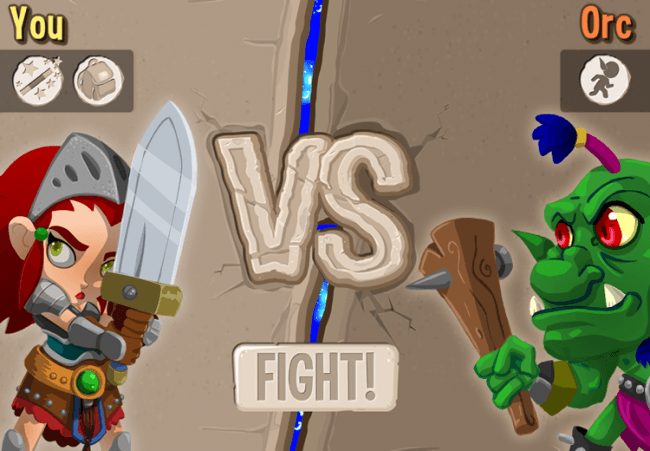 Which is all well and good, because really, the story is a very small part of the experience. The puzzle-based combat is where most of your time will be spent. And veterans of the Puzzle Quest series or any of its numerous knock-offs will feel very at home here. Combat in the game involves a Bejeweled-style grid, in which you and your opponent take turns attempting to match three or more gems. The difference is that each one has a particular affect when matched. Spiked balls, for instance, inflict damage on your opponent, while purple stars will earn you additional experience points. And all of the colored gems can be used to raise your magical power to pull off special moves and spells.

Things continue to go back and forth until one of you runs out of health points. And even though the game is on Facebook, the battles haven’t been scaled back. These aren’t Bejeweled Blitz-style one minute long puzzle sessions. Battles can drag on for quite a while, especially against some of the tougher enemies. It can get repetitive by the time you’ve killed your hundredth rat, but things get spiced up at least a little bit thanks to the character upgrade system.

You’ll be able to purchase and collect useful gear and weapons as in most RPGs, but the really customization comes from the skill tree, which, funnily enough, has the look of an actual tree. You earn skill points as you level up, which can be put towards new abilities and spells. As you learn new abilities additional ones will open up, so depending on how you decided to invest your points you can greatly customize your character’s skill set. 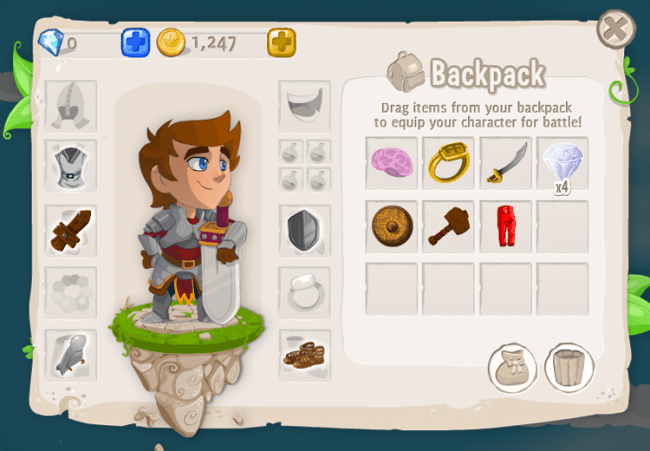 If it sounds a whole lot like Puzzle Quest, that’s because the two games are very, very similar. But there at least a few differences. Because it’s a Facebook game, Jewel Story has an energy system, which is both good and bad. On the plus side your energy only depletes when you move around the map and you’ll earn additional energy points for almost every action in the game. But when you need to simply walk somewhere far away, when there are no actions to take in between, you’ll find yourself fresh out of energy without having done much at all.

Jewel Story also sports a much brighter, more inviting look than the game it’s inspired by, but other than that there aren’t really any significant differences between the games. Aside from the platform, of course. While Jewel Story may be derivative, it’s currently the only game of its type on the social network, making a great choice for Facebook gamers who may have never even heard of Puzzle Quest before.