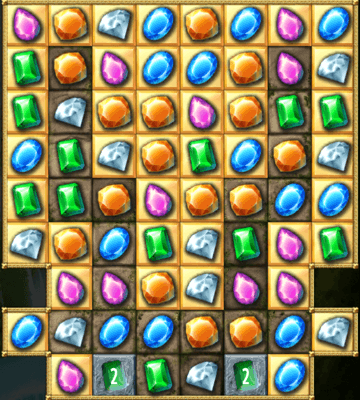 A little too ancient for its own good

Before there was Candy Crush Saga, there was Jewel Quest. The first Jewel Quest game hit the PC in 2004, which practically makes it ancient in video game years. This match-3 classic has spawned several sequels, many of which have been ported to different consoles, handheld systems, and any number of web-based game stables.

Now the series is gaining new levels, tricks, and traps with Jewel Quest for smartphones and tablets. It’s a solid experience—despite the pitfalls that are practically inherent to free-to-play games these days—but it’s still very much a typical match-3 game in an overflowing market. It feels strange to say it, but Jewel Quest is an unremarkable entry in a genre its predecessor helped bring to the mainstream. 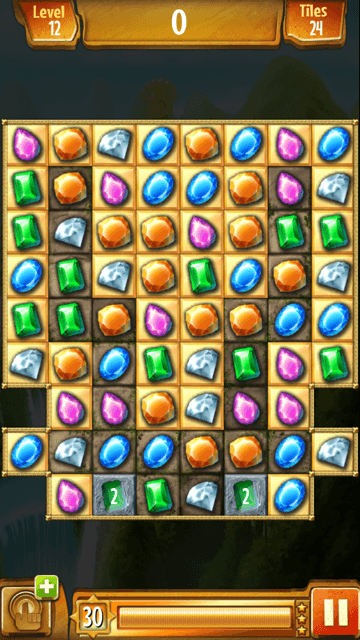 You play through Jewel Quest as an archeologist seeking her fortune in ruins previously thought lost to time. Don’t think too hard about it; in the end, it’s just an excuse to get you to swap some jewels. Nobody needs an excuse to play a match-3 game, though. Matching up lines of gems just scratches some kind of itch we’re all born with.

And Jewel Quest is satisfying to play through, there’s no doubt about that. The game calls back to its roots by instructing you to make matches in order to turn the sand-covered tiles on each board into gold. Once every tile is golden, you’re allowed to move on, though victory is not that simple. There are locked tiles that can’t be accessed until you match up three keys, there are resource jewels that you need to guide to the bottom of the screen, and there are jewel slots that must be fed with specific types of jewels. Oh, and of course, there are tons of awkwardly-shaped boards that guarantee you’re going to be stuck scrambling to make a match while your time or number of remaining moves ticks down.

Despite the additional challenge of having to turn sand into gold, Jewel Quest plays much like other match-3 titles that have flooded Facebook and the mobile markets. Sure, it’s fun for a time, but unless you’re a match-3 fanatic, there’s little reason to pry yourself away from crunching candy long enough to play it. That is, unless a thematic change means that much to you (and to its credit, Jewel Quest has a gorgeous, relaxing soundtrack). 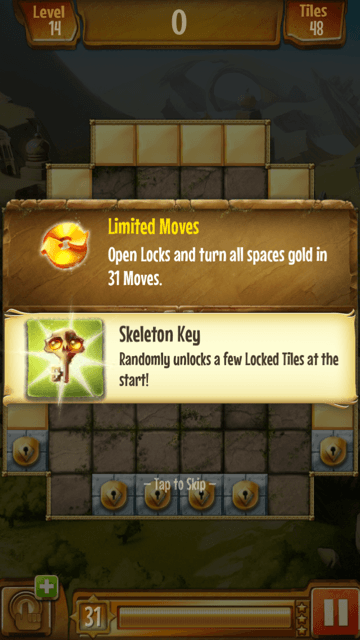 Even if you do stick around, you can expect to hit the inevitable paywall sooner than later. You should know the drill by now: the game starts off with gentle, simple tasks, and then jacks up the difficulty until completing the board within the allotted time limit or amount of moves seems impossible. Needless to say, Jewel Quest wants you to purchase one of its many power-ups to help you vault over these obstacles. Most of them can be bought with the in-game currency, coins, but they’re expensive.

Moreover, purchasing more moves or extra time can only be done with hard currency. And even then, you’re looking at 99 cents for an extra twenty seconds. Ouch.

Jewel Quest is a decent match-3 game until it hits its difficulty spike, and it’s relaxing to fiddle with in that time. It’s just a bit of a shame that one of the genre’s precursors couldn’t offer something a little different in its attempt to go up against Candy Crush Saga.