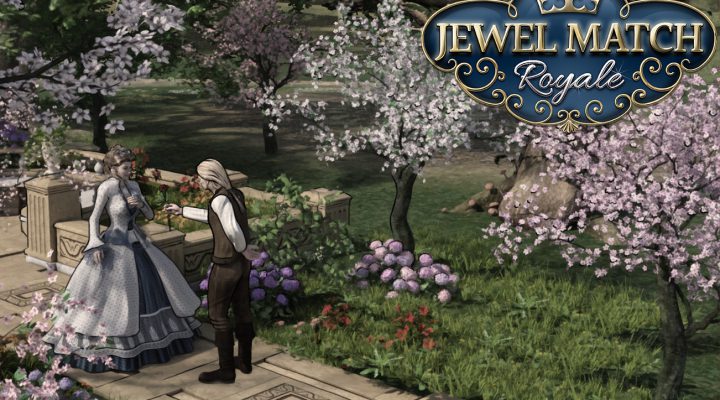 Stunning artwork and a beautiful soundtrack.

Detailed item tiles with muted colors can be tough to tell apart at a glance.

Jewel Match Royale is a pleasant match-3 game that tells the classic story of childhood friends kept apart by the responsibilities of nobility. The young gardener Matthew is as common as a person can be, but the bond of love he shares with Princess Sofia is unbreakable. To win her hand in marriage, the boy travels to far off lands and returns with carts loaded with precious gems. Now there’s just one last obstacle he has to overcome: the queen. She’ll only grant Matthew’s request if he can rebuild a piece of royal property and become a Duke. Building a castle should take years of hard work, but for us, it’s a simple matter of swapping some tiles and making a few choice decorating decisions in-between levels.

The core mechanics of Jewel Match Royale should be instantly familiar to anyone. The screen is filled with icons of varying types, each ready to be swapped with a neighbor to make a quick match. Pieces fall to fill in gaps you’ve created, allowing you to set up combos and eliminate massive chunks of the grid in one spectacular move. To complete the stage, simply match tiles above the golden squares. You can also switch on stage time limits or move limits if you want an extra bit of challenge. 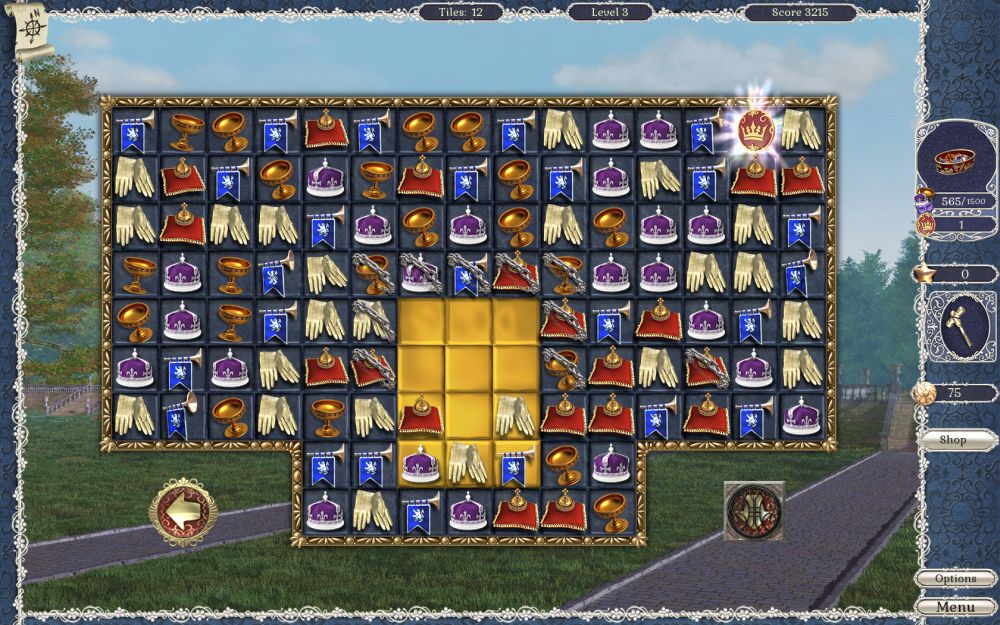 Jewel Match Royale spices the match-3 gameplay up with a handful of items purchasable through the in-game shop. Using coinage you earn while playing the game, pick up hammers to destroy groups of tiles, lightning spells to leap around and clear space at random, and several other items to help you out of a bind. You’ll also run across levels with multiple rooms as well as massive stages you have to scroll through to see in their entirety. Simple additions to the standard puzzle formula, for sure, but they’re surprisingly interesting once you see them in motion.

To round out Jewel Match Royale’s unique features, between levels you’ll get the chance to build Matthew’s mansion by spending your hard earned money. There isn’t a lot of choice involved in these decorating scenes, just choosing between pre-set structures to set up, but it’s a great way to mark your progress as well as push the story forward. 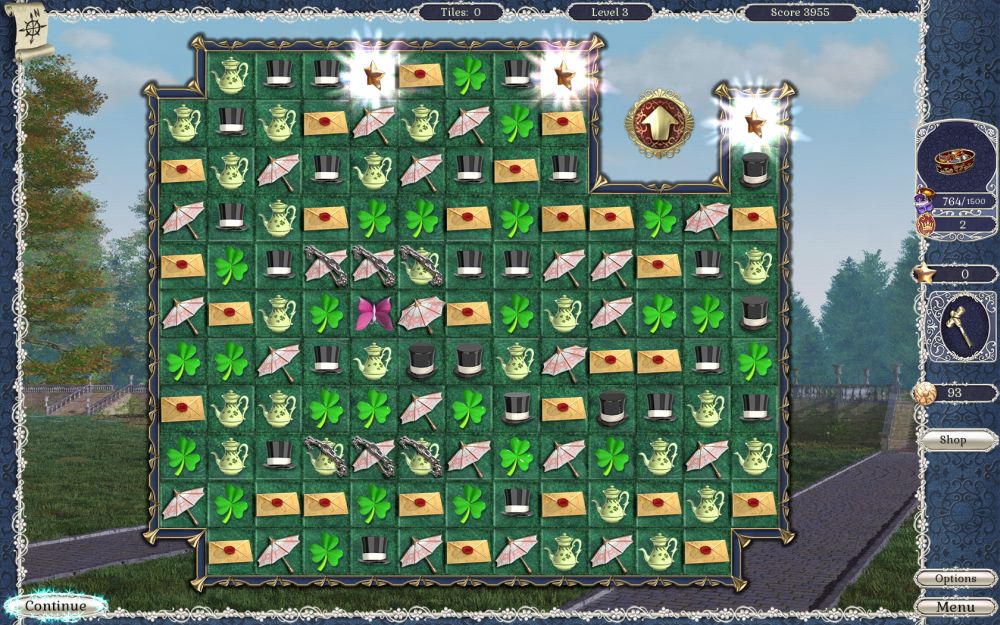 Jewel Match Royale has a soft, pleasant presentation that doesn’t try to win you over with loud sound effects or flashy animations. Instead, we’re treated to an understated setting with beautifully painted scenery and ornate swappable items that look like the real thing. There’s also a gentle soundtrack that perfectly complements the serene set pieces. Jewel Match Royale is the closest many of us will ever get to sitting in a royal home ourselves, and boy does it feel great.