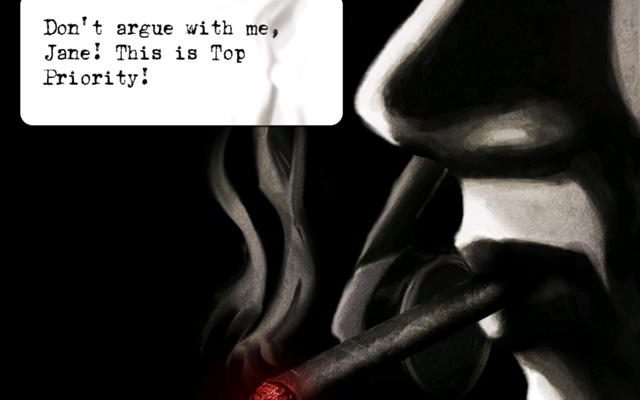 Jane Croft: The Baker Street Murder is an oddly efficient hidden object game. It seems to figure that you’ve played your fair share of these kinds of games, and rather than waste your time with story, dialog, or direction, it instead just sort of points you at events and lets you get on with it. And yet despite its apparent austerity, it has an appeal that is difficult to deny.

The murder in question is that of a philandering debtor who ends up dead of lead poisoning – the kind you catch by being on the wrong end of a gun. The investigation will hit the usual hotspots – the victim’s home, the police station, the casino the victim owed a lot of money – but don’t expect a great deal of exposition. You will appear, as though by magic, as your next destination, the important parts of which are bedecked with sparkles. Clicking on the shower of stars typically takes you to a hidden object sequence, which is equally without pretense. You’re given a list – find everything on it. No gimmicks, no areas of interactivity, no twists on the formula, just hunt and click. 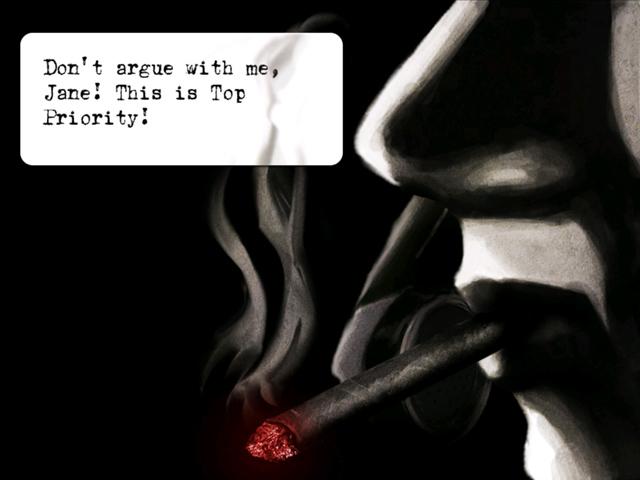 One slight irregularity in the hidden object levels is that the hints recharge extremely slowly – glaciers move with lightning speed by comparison. In a game with few bells and whistles besides the core gameplay, it’s an odd choice to make, but perhaps the developers consider Jane Croft: The Baker Street Murder to be a game meant for HOG purists, not for mere dabblers who require help getting the job done.

The few pieces of story that we do get are told in beautifully drawn static cut scenes with sharply-written dialog. It’s a shame that these portions of the game are so short, because they’re not only lovely to look at, but have a real flair for capturing the wry humor of noire-style mysteries. The hidden object levels, by comparison, feel like a bunch of photos slapped into a hand-drawn location. It’s usually obvious what can be selected, because it stands out so much from the background; completing the level is simply a matter of determining which of the standout items you’re specifically being asked to nab.

A handful of puzzles are mixed in with the hidden object hunts, and vary in both challenge and enjoyment level. Hammering out a code by trial and error isn’t particularly difficult, but it’s not a lot of fun, either; filling in a crossword puzzle by lining up word length and blank spaces isn’t all that tricky, either, but it’s at least more amusing. 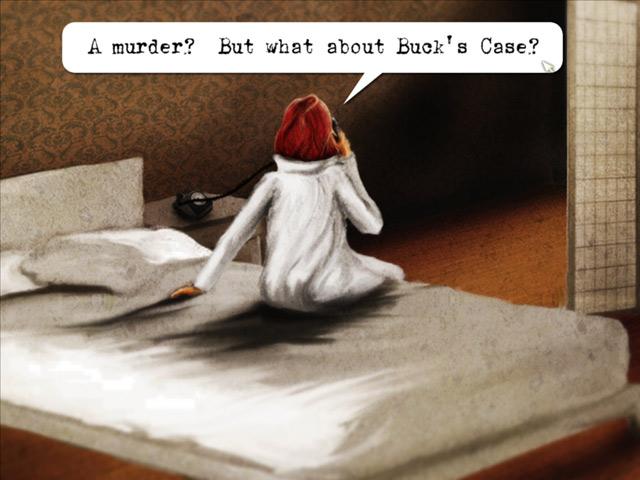 For the little conversation that takes place in The Baker Street Murder, it’s disappointing how much of it is flawed by typos and language miscues. The victim’s widow talks about how “influencial” he was (Jane counter that he’s not “influential” now that he’s dead), and the “beauro” I had to find in one scene looked less like a chest of drawers and more like a toolbox. It doesn’t usually get in the way of the gameplay too much, but it’s distracting and disappointing.

Jane Croft: The Baker Street Murder certainly has some style, and its object searches get the job done, but you won’t come away from it wowed or inspired. It’s a gritty kind of game that comes in, does what it means to do, and leaves, without preamble or digression. It’s likeable, but when you’re playing it, you can’t help but feel like its attention is elsewhere, and that it’s just barely noticing your presence. With so many HOGs pulling out all the stops for your time and attention, The Baker Street Murder‘s bare bones approach winds up feeling a bit cold.