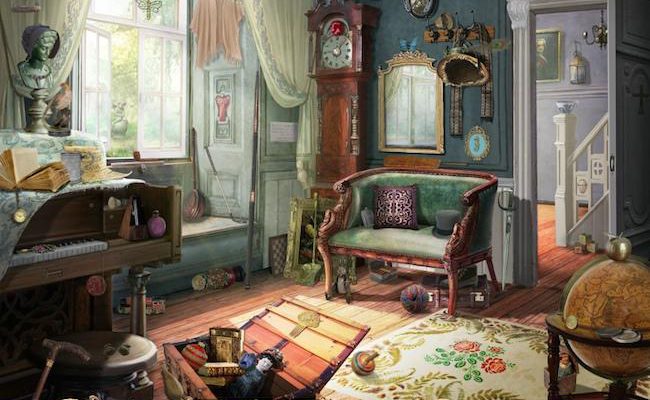 Jane Austen’s most famous characters run amok through her books in this social hidden object adventure.

At first blush, it could seem natural to take Jane Austen’s books—tales seemingly obsessed with social interactions—and make a social game out of them. Thinking about it further though, it’s a pretty strange idea. After all, today’s online social shorthand would likely shock Ms. Austen and her oh-so-proper contemporaries. Still, in Jane Austen: Rogues and Romance, developer Legacy Games is hoping that Anglophiles will enjoy a fairly standard hidden object formula, so long as it’s done with Austen-ian decorum. And they’re right. Sort of.

As you might expect, familiarity with Jane Austen’s books: Pride and Prejudice, Emma, Sense and Sensibility, Persuasion, Northanger Abbey and Mansfield Park, strongly affects your enjoyment of the game. Things start with Ms. Austen herself asking you to help her find several characters who have gone AWOL. Elizabeth Bennett and her love, Fitzwilliam Darcy appear to have vanished from their story and have convinced characters from several other novels to help them do…something. We don’t know what they’re up to, and since they’re being all secretive and mysterious, we must follow them  from book to book, invading their hidden object scenes.

It’s been gratifying of late to see social hidden object games moving away from a dependence on the highly annoying energy-based model. It seems many developers have realized that allowing players a stingy ten free minutes of gameplay isn’t really acceptable, and have been finding ways to extend the free-to-play portions of their games. Unfortunately, Rogues and Romance embraces the energy model completely, thus dooming us to unsatisfyingly short stints of gameplay. Of course, these playtimes can be extended indefinitely, if we cough up enough real-world dough. Sadly, there’s just not enough here to compel us to do that.

While the Jane Austen settings and direct interaction with her characters is fun, (especially since they’re not replaying events from the books and instead are doing something entirely new) there’s nothing particularly inventive about the way the game plays. Hidden object locations are appropriately 19th century: drawing rooms, outdoor picnics, billards rooms, etc., and you’re set to look for appropriately 19th century-ish items. On occasion, you’re asked to spot the differences between two near-identical scenes to mix things up. The problem is—as in many other games in the genre—in order to progress, you’re forced to replay the same scenes more times than you probably want to. 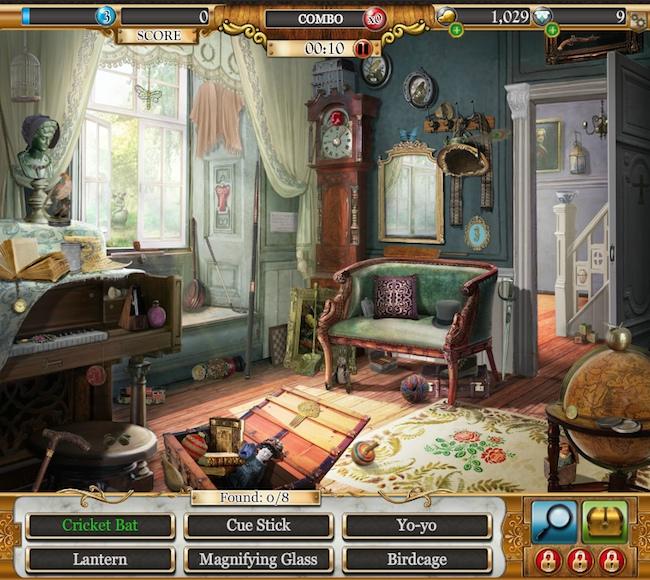 The thinking here is that the more times you play, the faster you’ll get at finding things and the better your combos will be. Unfortunately, the combo scores in these scenes have a ceiling, and once you hit it, the interest in playing that particular scene plummets dramatically. Despite this, the game asks you to grind through these scenes many more times in order to earn levels and unlock new things to do.

6waves tries to mitigate this by providing you with different purchasable powerups: such as the “Monocle” which highlights items when you mouse over them, and “Mad Dash”, which allows you to click like crazy without incurring any penalty. To some extent, these do help to change things up a little. 6waves’ other good move is the inclusion of bounty items. Bounty items appear in your hidden object item list in green, and clicking on them augments your score and gives you a  reason to prioritize your search. Still, neither the powerups nor the bounty items do much to alleviate the tedium of being forced to replay the same hidden object scenes over and over. 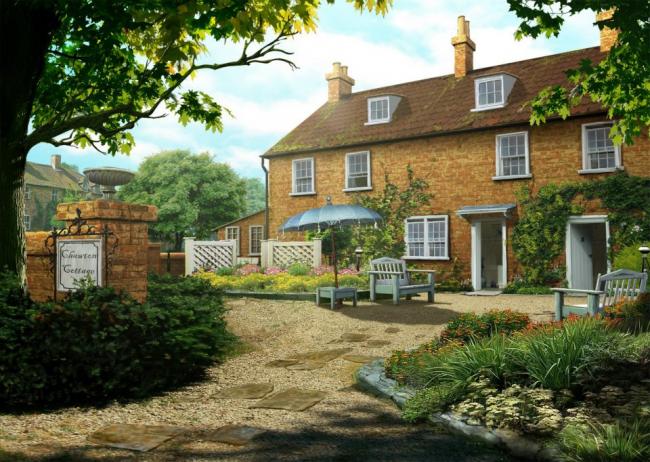 As you play the game’s hidden object scenes, you collect keys and when you have enough keys, you can use them to unlock rooms in your manor. Once unlocked, these rooms can be customized with things like furniture, carpets, wall hangings and art. This sounds pretty cool, but since the manor’s represented as a flat 2D painting, and the furnishings fit on it like clothes on a paper doll, customization is fairly limited. Then there’s the issue of the clunky customization interface. When a mission asks you to buy something and you open the market window, you’re forced to scroll through all of the items in order to find the one you want. This sounds minor, but other games in the genre take you directly to the page you need and it definitely makes things easier. In the end, you’ll probably be happy to go back and replay the picnic scene for the fifteenth time since neither shopping nor decorating is all that entertaining.

All told, from vanilla hidden object scenes and energy usage to powerups and aggressive pay-to-play mechanics, Jane Austen: Rogues and Romance is a fairly standard social hidden object game. Although its Jane Austen references give it a distinct 19th century charm, it suffers from a lack of inventiveness that ultimately keeps it from differentiating itself in any meaningful way. For anyone other than die-hard Jane Austen fans, the shine on this one will likely wear off in a matter of days.