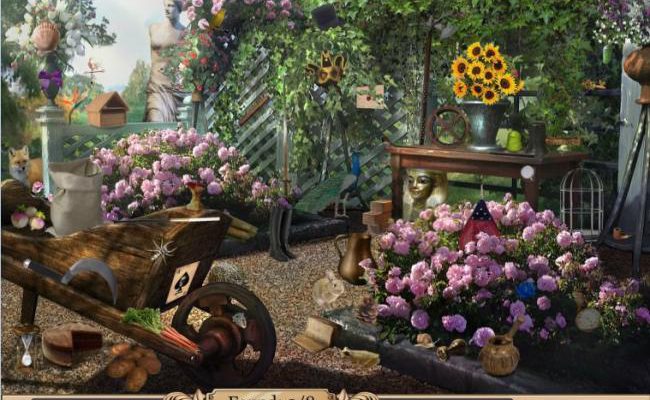 We can say without pride and without prejudice that this HOG is for hardcore Austen fans only.

English author Jane Austen died in the 19th century, but she’s maintained a pretty interesting career despite her passing. Apparently she co-authored Seth Grahame-Smith’s Pride and Prejudice and Zombies in 2009, and she’s still had time to show up in hidden object games (HOGs) like Jane Austen Unbound for Facebook. 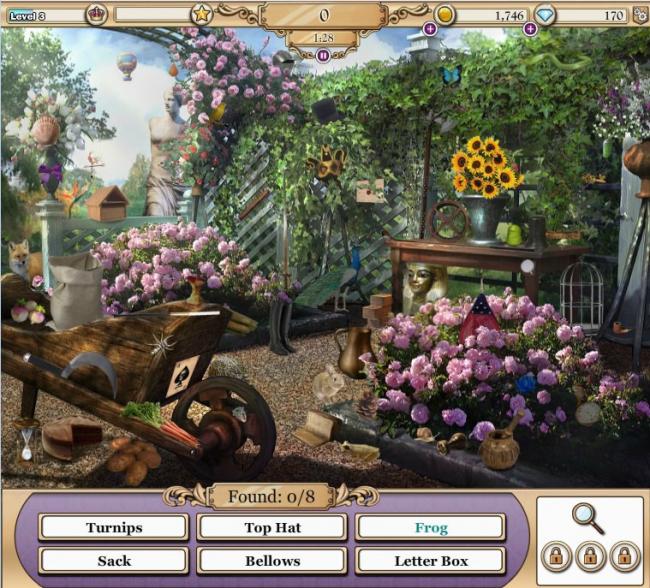 You play through Jane Austen Unbound as a secondary character penned by the author herself (life as a book character—now there’s a topic capable of keeping a philosophy class powered for ages). Ms. Austen has a talent for writing a lifelike cast, but things have gotten a little ridiculous and some of her characters have taken to book-hopping. You need to travel to different locales from Austen’s books, solve the hidden object scenes, and restore order to the paperback universe.

Needless to say, if you’re not a fan of Austen, you won’t get much out of Jane Austen Unbound. The majority of the game’s appeal lies in interacting with her characters and picking through the clutter in her famous cottages, gardens, and kitchens. While basing a game on Austen’s works limits the potential audience, it’s admittedly not a bad idea for a Facebook HOG to cater to a niche. After all, there are so many of these games available that developers may as well begin targeting specific audiences. 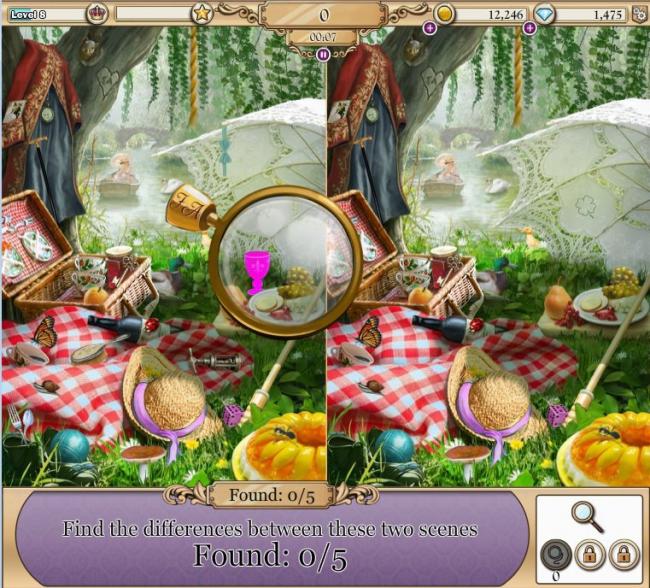 That said, you really need to dig Austen to glean more than the average amount of thrills from Jane Austen Unbound, as the game is otherwise a typical Facebook HOG through-and-through. Find items in hidden object scenes as quickly as possible to rack up combo points. Use a magnifying glass to find elusive items when you get stuck. Then do it again. And again. Then stop, because you’re out of energy and need to let it recharge.

King.com’s wildly popular Facebook puzzle games have done away with players needing to gobble up energy every time they want to play, and it’s time for other studios and genres to follow suit. You can draw maybe ten minutes of play from Jane Austen Unbound before you’re forced to rest, and you’re inevitably going to wander far during that time—maybe to play some Candy Crush Saga.

Jane Austen Unbound does have a house-building segment that lets you pass the time and build up “reputation,” which allows you access to more hidden object scenes. These segments do away with the traditional isometric view in favor of straight-on 2D. You can stick and move items on top of each other, not unlike Colorforms. It’s a fun change to the usual house-grooming, though there are considerable load times to deal with. 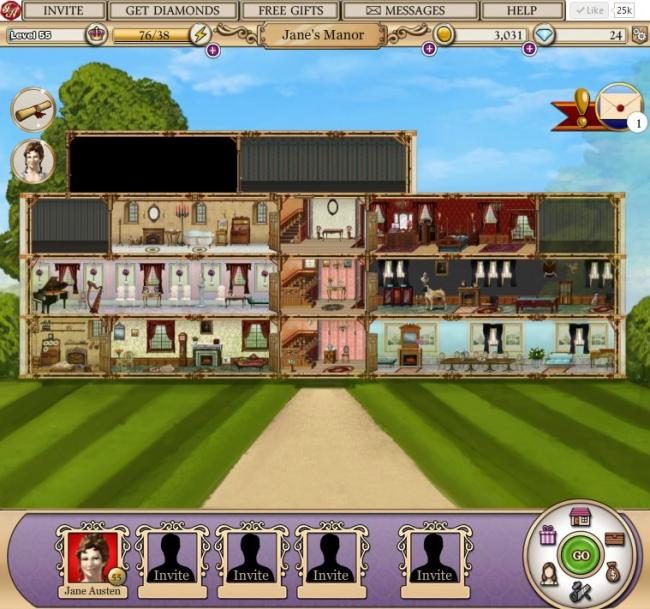 Jane Austen Unbound isn’t a bad HOG—merely a typical one. If you’re a big fan of Austen’s works and you don’t mind an experience that’s close to Rogues and Romance, make the lady’s acquaintance. Otherwise, you may as well leave Ms. Austen to clean up her own mess.