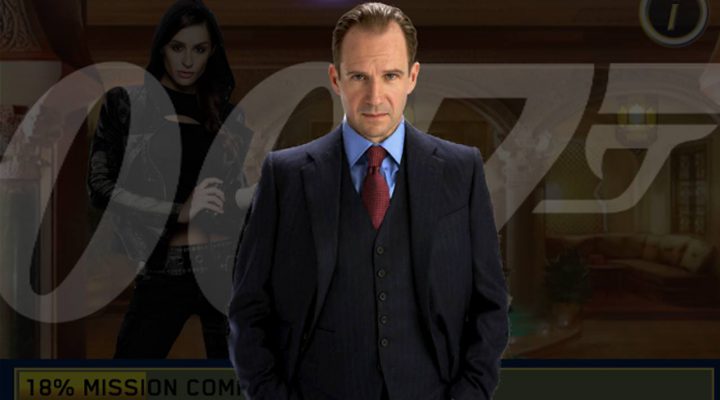 Not at all exciting for a James Bond video game.

Mostly a numbers game, nothing to actually play.

Oh, where to even begin about James Bond World of Espionage. Glu’s use of the James Bond license was a let-down to say the least. The game has it’s appeal, but for being a James Bond game, I was really hoping for something a little more exciting.

I mean,  for most of us who have been playing video games most of our lives, when we hear “a James Bond game” we all probably think about a rowdy fun time sitting around a Nintendo 64 playing Goldeneye. That sort of description is the complete opposite of how I’d describe my experience with World of Espionage. 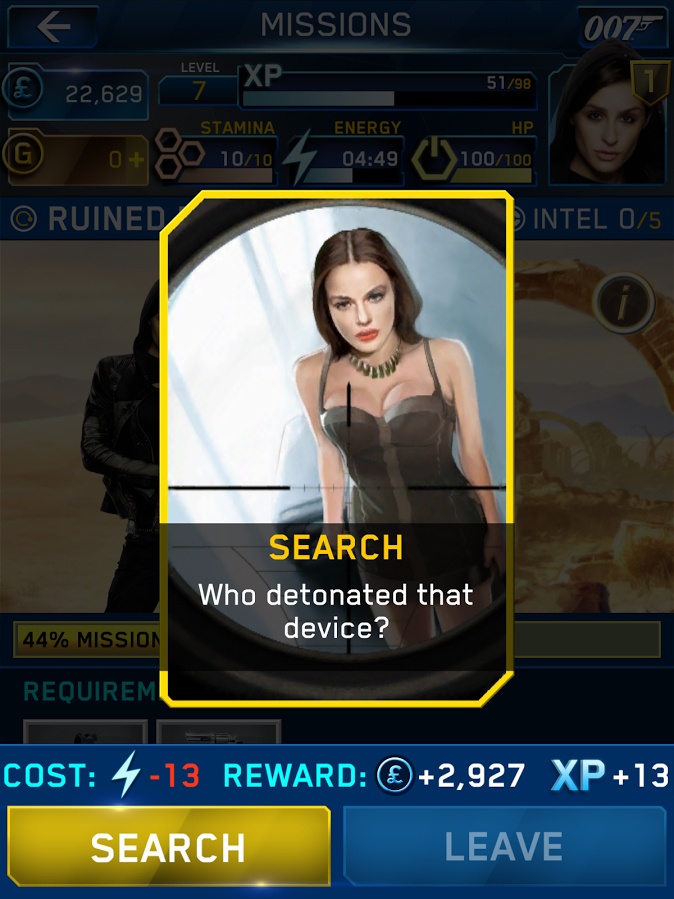 James Bond: World of Espionage is an text-driven RPG that lets players collect teams of agents and then send them around on missions with the famed Agent 007, James Bond. Each mission roughly follows a narrative, but nothing I experienced even remotely held my interest. It was all just James Bond filler: a car chase, a fist-fight, save the girl, save the world. All with the most boring method of delivery possible.

The action in James Bond: World of Espionage plays out like a PowerPoint presentation. If you suddenly find yourself in a car chase, you tap the “drive” button and then an image pops up that shows you gained some experience points, some money, and lost some of your energy. Sometimes you even get a picture to look at that shows some random person doing something kind of relevant to what your mission is. Sometimes.

That’s how the game is played. You tap the action button, numbers add up here and subtract there, and occasionally you’ll get a picture to look at for a brief moment before it goes away. If you’re thinking this sounds a little like old school social games like Mafia Wars, you’re not that far off the mark.

To further detract from the experience, your energy meter depletes after each tap of the action button. Even though you have a high number of energy (I had over 100 thanks to attribute points that I obtained by leveling up, and used them to increase the energy amount), each tap of the action button will soon start costing you 10-13 energy points. So my gameplay experiences with World of Espionage was always short; under two minutes at the most.

You can, of course, pay to play more.

Honestly, two minutes a go is a pretty favorable amount of time for a mobile game; it’s just long enough to check-in really quickly between classes, or while during a bathroom break. The problem isn’t that I was only given the game in two minute chunks, but that those two minute chunks were entirely vacant of substance. 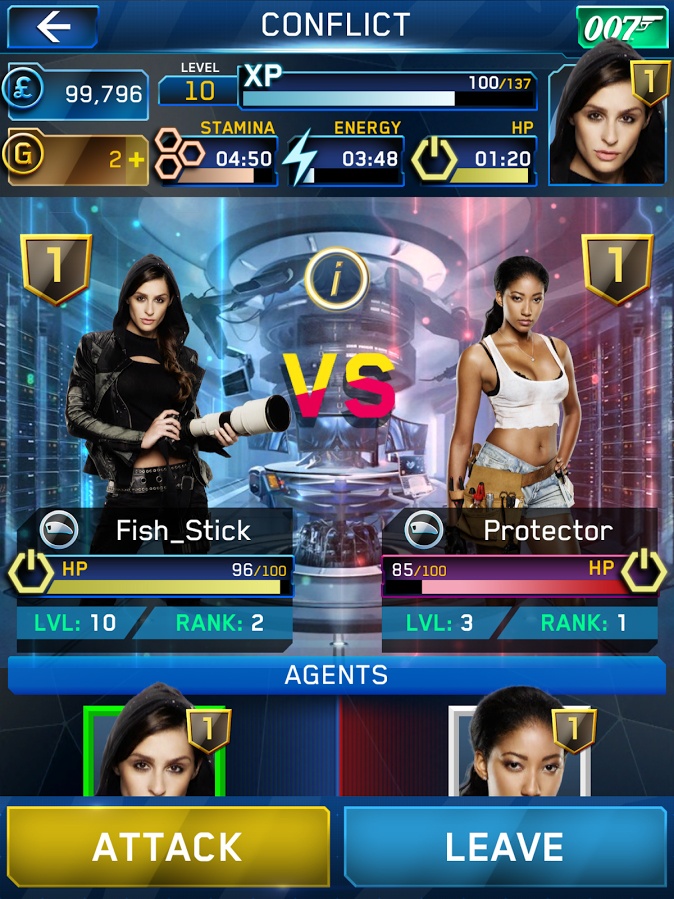 Also, nothing in the game feels cohesive at all. The agents you randomly get don’t really play into the story beyond having their name sometimes inserted into the narrative, and their profile images looked like they were all ripped off of a low-budget costume kits. From their absurd wardrobe to their goofy expressions, it’s like James Bond got drunk and made friends at MI6’s Halloween party, dragging them along on his next adventure.

Some people will enjoy James Bond: World of Espionage. There are people who don’t really like to play video games, but still enjoy tinkering with cards and numbers while looking at pictures of pretty ladies. There are also people who just like to slowly collect a colorful cast of characters, and then use them against other players in multiplayer battles. If you’re one of these two groups of players, there might be something in World of Espionage for you. But for anyone else looking for a game to actually play? Keep on looking. This mission is a bust.

Land Sliders Review: What You Are Is Beautiful