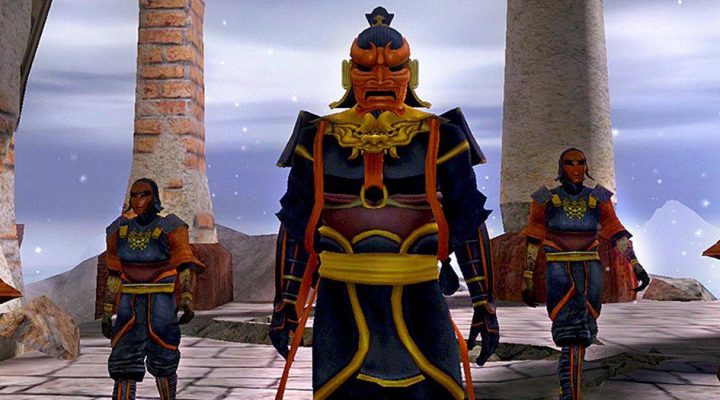 Still looks great after all these years.

Controls can be a little stodgy.

Not as familiar as KOTOR.

There are better versions out there.

Knights of the Old Republic was a good fit for mobile. With its turn-based combat and more traditional RPG pacing, the lack of physical controls on your phone or tablet didn’t hamper it all that much. You could still get down to the meat of the game and have a lovely old time.

So it’s not that much of a surprise to see Bioware’s other Xbox-era RPG coming to pocket and bag-sized devices. But Jade Empire is a slightly different beast. There’s more of a focus on action here, with the hacky-slashy combat more reminiscent of the likes of Dragon Age than Bioware’s earlier work. And that means the transfer to touchscreen doesn’t work quite as well. There’s an over abundance of buttons and inputs when you’re fighting, and it does feel like a game designed for a controller that’s been shoe-horned onto a device that it was never going to be comfortable on. It’s still an entertaining and engaging game, with a wonderful nostalgic twang for gamers of a certain age, but it’s not as immediately brilliant as KOTOR. 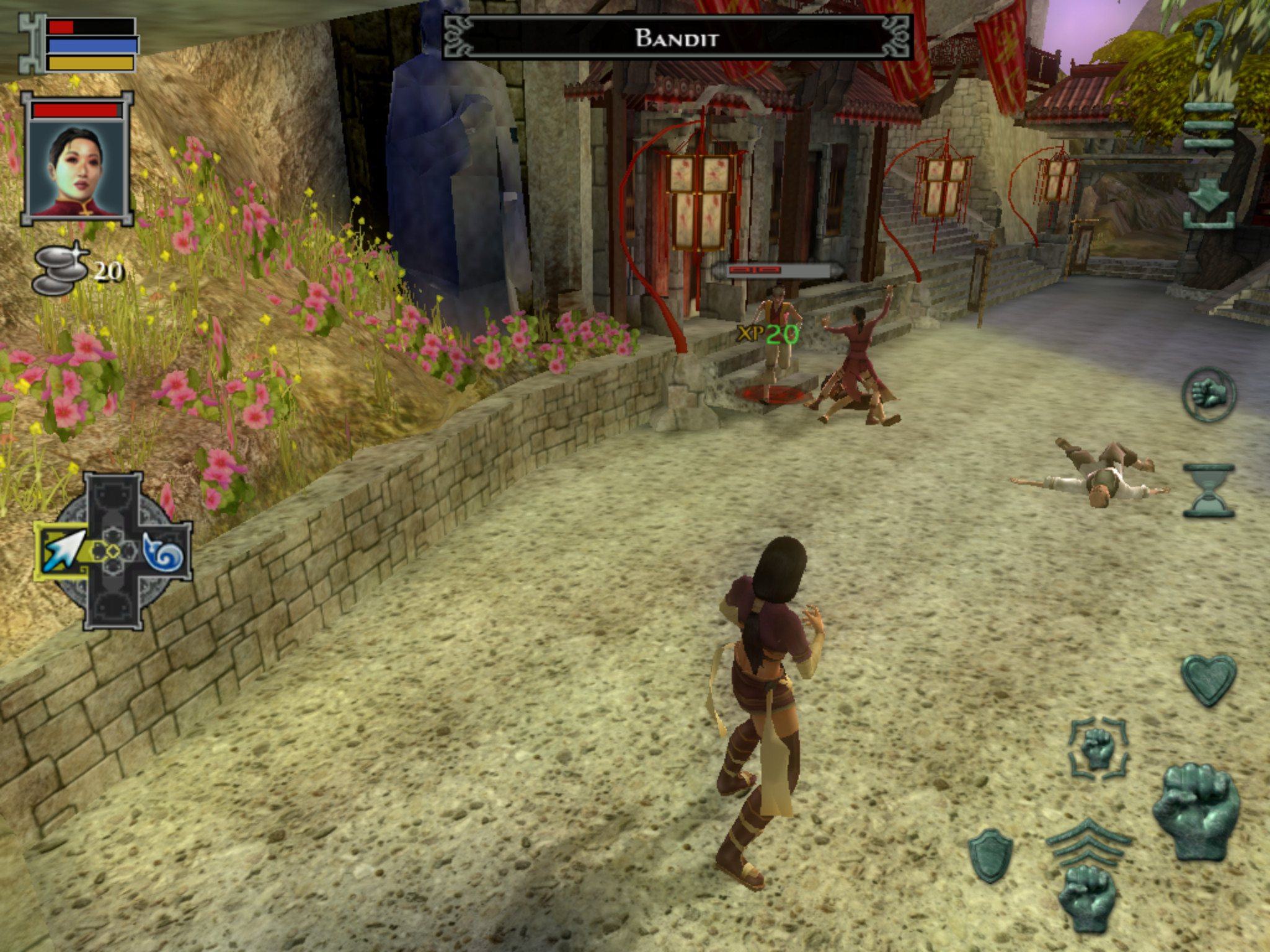 If you’re not familiar with the game, it’s an RPG set in the dim and distant Chinese past. It doesn’t trade on the historical like Dynasty Warriors, instead weaving a blend of ideas together to create a familiar mythos of its own. It’s kinda fantasy, but with a decidedly Eastern flavour rather than the Orcs and Elves shenanigans we’re used to in the West.

You start off picking a character. There are a number to choose from, and you can customize them if you’re feeling fruity. Essentially though you’re picking from a quick fighter, a strong fighter, a magician or a more balanced all-rounder. They’re standard classes, but the game presents them in an interesting and different way.

From there you’re dumped into a fight where you learn the basics of combat. It’s mainly pushing buttons. A lot of buttons. You’ve got a standard attack, a focus attack, a block button, a heal button and a focus button. You can also change stances with a d-pad, and you need to move around as well. 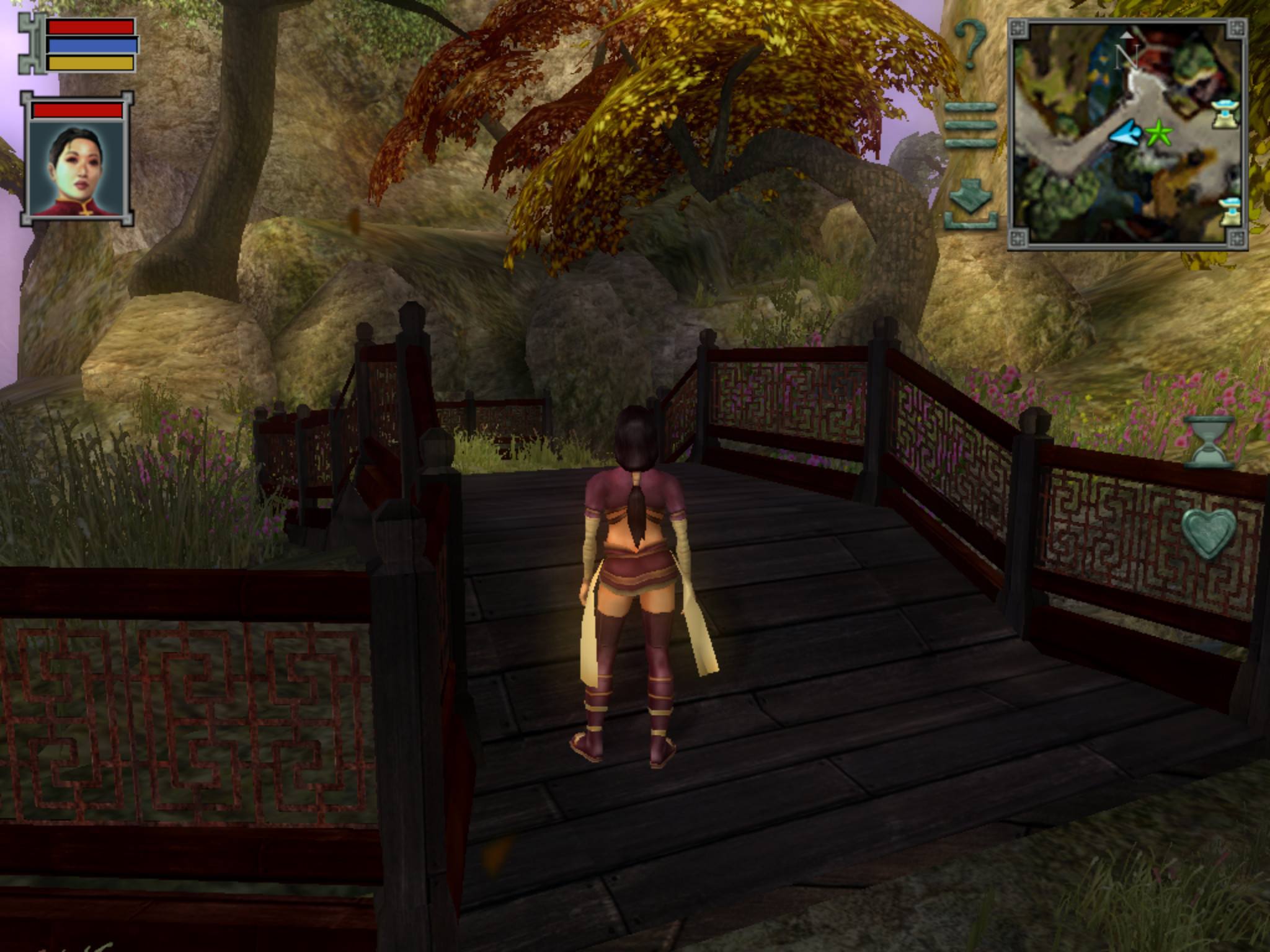 There’s an expert mode too, which gets rid of the buttons and lets you control things with a series of swipes. Neither is ideal though, and you’ll find yourself longing for buttons. The game does support MFi controllers though, and if you’ve got one you can bump up the score a little.

The narrative still holds up even after all these years. There’s a part of me that thinks the 40-plus hours you’ll spend in Jade Empire is some of the best work Bioware has ever done. It eschews a lot of the conventions of the RPG, it’s brilliantly well written, and it has some of the finest characters you’re ever likely to meet.

Plus it still looks gorgeous. Even with the slightly wobbly controls you’re using as you peg it around the world, you’ll still take the time to explore every nook and cranny. Where KOTOR is all futuristic metal and big desert planets, Jade Empire is lush greens and vibrant reds, and it’s all the more engaging for it. 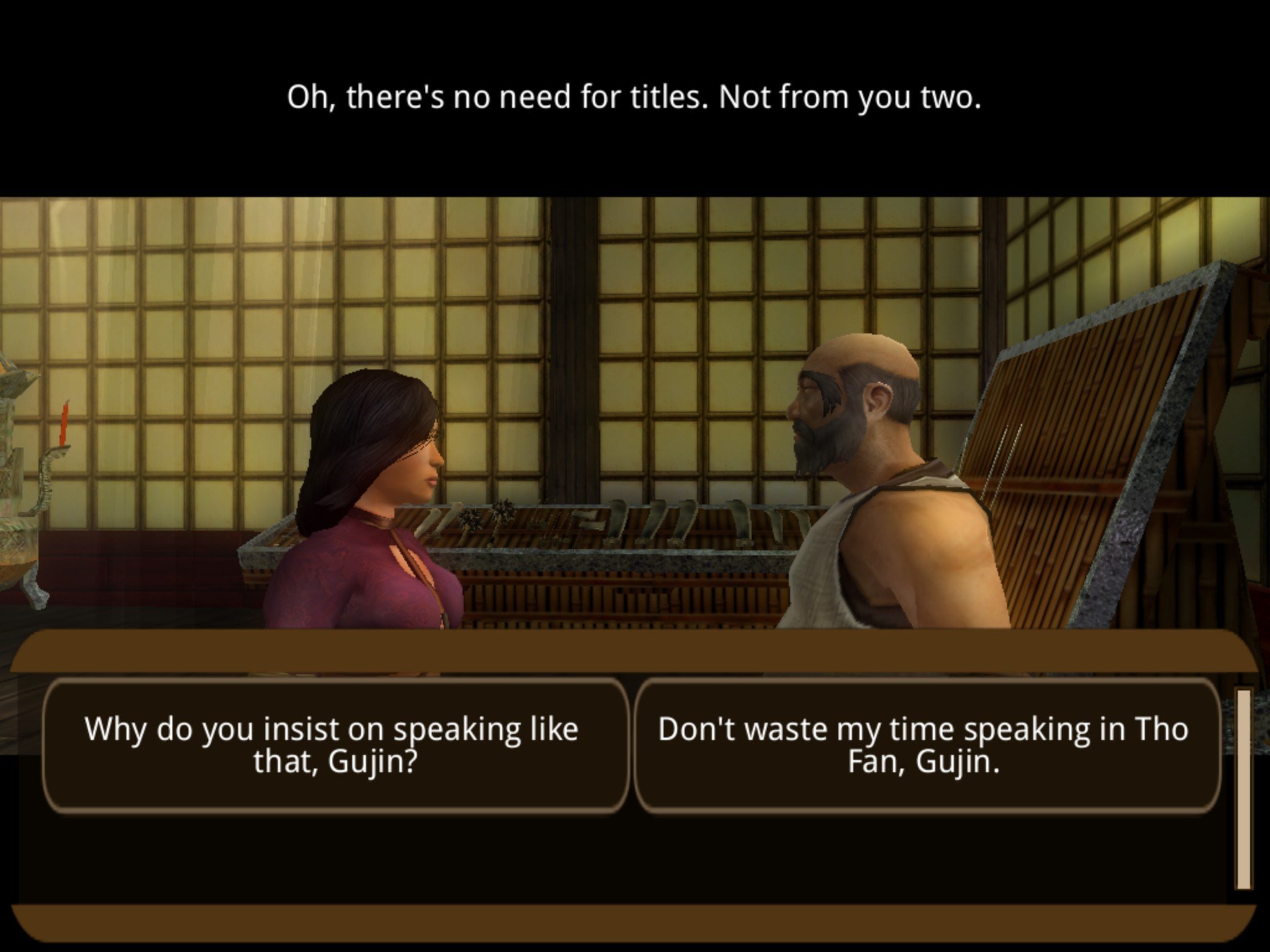 Is Jade Empire the perfect mobile port? No, probably not, but it’s still a brilliant and oft overlooked example of one of the finest RPG developers of the past 20 years at the very top of its game.

It’s still bright, it’s still full of interesting ideas, and it’s still one of the most intriguing IP that Bioware has created. This might not be the best way to play it, and you will find yourself frustrated from time to time, but it has one very big thing going for it: convenience. Being portable makes this one of the easiest ways to play Jade Empire. Stick it on your phone or tablet, take it with you on a long trip, and despite the port’s failings, you’ll still find one of the best RPG experiences on mobile. And that’s high praise indeed.