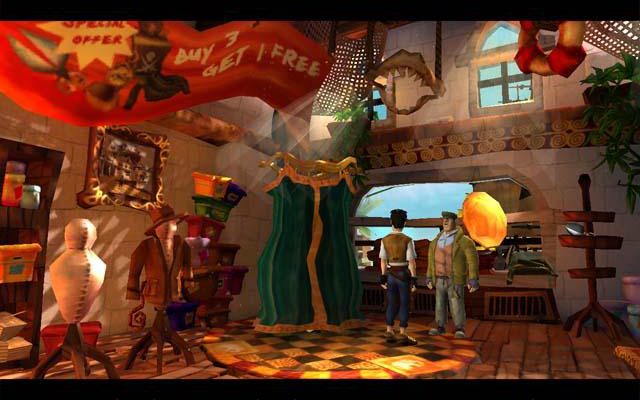 The Monkey Island series is one of the most loved and charming point and click adventure series of all time, combining quirky humor and traditional gameplay into an engaging overall package. Which is bad news for Jack Keane. Because while the game bares a lot in common with the Monkey Island games, both in terms of its look and style as well as the way it plays, it also fails to muster any of what made them so popular: charm. Instead we’re left with a fairly bland and boring adventure that lasts a little too long and is decidedly light on laughs. 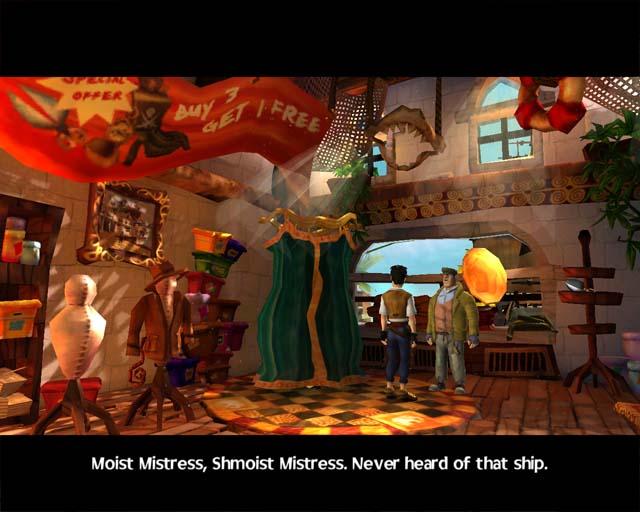 The story kicks off with the titular leading man Jack tied up and at the mercy of some angry mobsters, after failing to pay back a debt. After making a daring escape, he’s offered a well-paying but dangerous job to escort a British secret agent to a mysterious location known as Tooth Island. The adventure is fairly lengthy, and will have you exploring a wide range of different locations from London to Cape Town to the jungles of Tooth Island. Unfortunately, the actual story is pretty uninteresting and is filled with a number of unlikable characters.

There are a few exceptions, including a delightfully inept secret agent and Jack’s disloyal crew, but for the most part the cast of characters is filled with duds. This even extends to the main character, Jack, who is kind of a jerk. Though he makes frequent attempts at humor, he almost always comes off as either angry or sarcastic. This is due to a combination of awful voice acting and bad writing, which are probably the game’s two major issues. Almost every attempt at humor falls completely flat and nearly every character speaks like an over-the-top stereotype, from a wannabe Sicilian gangster to the Indian elephant taxi driver. You can tell the game wants to be funny, but it’s all just so bland.

In contrast, the gameplay is pretty solid. Jack Keane plays out like a traditional, third-person adventure game, where you’ll be doing plenty of exploring the environment, combining items, and talking to other characters. The puzzles range greatly in difficulty, with some being incredibly obvious and others forcing you to go the trial-and-error route. You’ll be collecting a lot of items throughout the game and the way you’ll use them isn’t always logical. There’s also quite a bit of dialog in the game, and you’ll often have to talk to characters several times in order to get the information you need. Thankfully, you can skip through the dialog if you don’t have the patience to listen to it all. 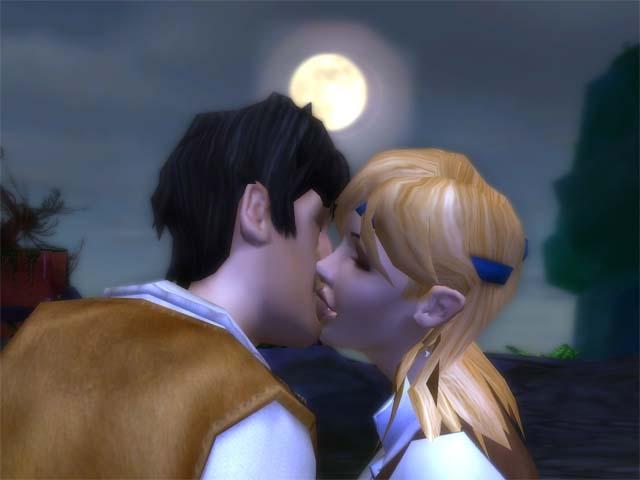 There are also some other minor issues that just make the game feel sloppy. The subtitles feature the occasional typo and it seems that every time a character points, they point in the complete wrong direction. It’s not a big deal, but it does take you out of the experience when these issues pop up. It should also be noted that the game features a number of sexually suggestive moments, so it may not be appropriate for all ages.

Visually the game bears a striking resemblance to the Tales of Monkey Island series, with its whimsical, nautical style. The 3D characters are colorful, stylized, and very expressive. You can almost always tell how a character is feeling simply by looking at them, particularly when Jack’s eyes bulge with surprise or when he shrugs his shoulders meekly. The different areas in the game, likewise, look great and feature a lot of variety, from the dense jungles complete with running water falls to the bustling port town in South Africa.

But it’s a shame that Jack Keane turns out to be such a boring adventure, because it really had a lot of potential. The story is lighthearted and zany and the puzzles, though a little obtuse, are challenging and very reminiscent of the classics. But the whole experience is dragged down by some truly awful writing and even worse voice acting. This ends up making the whole experience feel very dull. And when there are plenty of other adventure games that have already done what Jack Keane aims for so much better, it makes it tough to recommend, unless you’re in dire need of a swashbuckling adventure. Jack Keane is, unfortunately, no Guybrush Threepwood.