Jack Keane 2 – The Fire Within Review 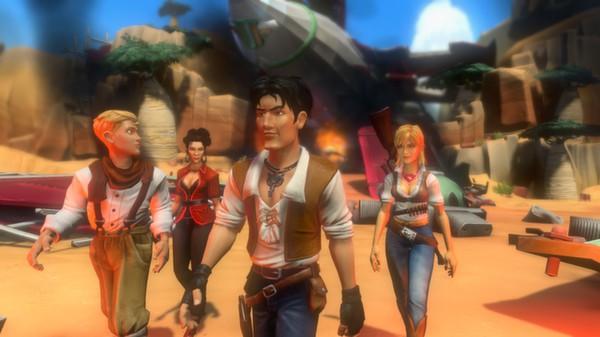 The sequel to Jack Keane is a technical mess, and almost aggressively un-fun.

Sometimes the simplest approach is the best, and thus I will put this as simply as possible: Jack Keane 2 – The Fire Within is a mess. It’s a glitchy, half-baked production that might pass muster as a late beta, but has no business pretending to be ready for release.

I’ve never played the original Jack Keane so I don’t know how it would compare to the sequel, Jack Keane 2 – The Fire Within, but based on the middling 3/5 stars we awarded it in our review three years ago, I’d say the second game in the series is a step backward. The review of the first game suggests that it fell flat due to bad voice acting and humor that, for reasons of taste or translation, just didn’t work; the new game suffers from those same ailments, but it’s also a technical mess as well, which has the effect of changing it from a game that’s not terribly interesting to one that’s almost aggressively un-fun.

The game begins with Jack trapped in a towering Shanghai prison and Amanda, his gun-toting partner, sailing to his rescue. Jack is sharing his cell with an old shaman who wishes to impart upon him his knowledge of a mystical treasure, but who dies (for no particular reason) in the midst of doing so, leaving Jack with the knowledge that he needs, but not the ability to remember it. After a series of misadventures, a few brawls, and a gunfight or two, Jack is freed and begins a journey around the world in search of the pieces of a magical amulet that will release the knowledge buried in his subconscious – and which is also being sought by the evil Professor Umbati, who desires the shaman’s treasure for his own nefarious purposes.

Although Jack Keane 2 appears to be a fairly conventional point-and-click adventure, it employs an oddball control scheme that requires the use of either the WASD keys or a strange “click-and-drag” maneuver with the mouse in order to move around. Neither option works particularly well, nor are they as elegantly simple as the “point where you want to go” system seen in most adventures, and they’re made worse by the fact that Jack routinely gets hung up on objects or other characters on the screen. The rare but unavoidable need for platform-style jumping ups the potential frustration ante even further.

Puzzles are generally quite simple, largely thanks to the relative dearth of inventory items and things to use them on, although you’ll almost certainly now and then find yourself reduced to the good old “try everything on everything until something works” routine. Conversation options are likewise not terribly complex, and all roads lead to Rome, as they say; you can safely opt to go directly to the line of dialog you think is “correct” or you can maximize your voice-acting value by cycling through all of them without fear of penalty. 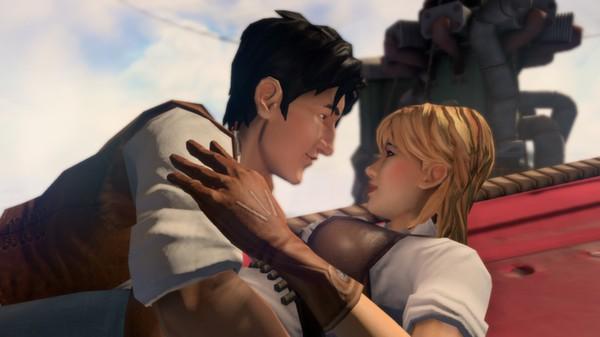 Speaking of voice acting, it’s not terribly impressive. Jack himself is reasonably decent, but Amanda sounds bored, even when she’s being shot at or facing some other mortal peril; Eve, a new addition and potential love interest, comes across as appropriately catty, and the rest of the supporting cast is a mixed bag. The story is a bit of a hash too, and while some of the silliness must be attributed to the vagaries of the adventure genre, there’s a roughness to it, as seen in things like Eve’s awkward, jarring introduction, that can only be put down to shoddy scriptwriting.

But the real problems with Jack Keane 2 are bugs, glitches, and a pervasive sluggishness that makes everything feel choppy and slow, even at the lowest possible resolution and graphics quality. During a gunfight sequence early in the game, an unconscious opponent suddenly snapped to his feet, his arms wide, still unmoving, and out like a light but creepily upright – an error I saw repeated three times in a row before moving on. Jack has a habit of getting stuck on objects as he moves, causing him to walk in place as if on a treadmill, sometimes for several seconds, and clipping errors make his feet either float above or disappear into solid ground when he’s climbing up inclines. The game also often refuses to recognize mouse clicks if Jack is standing in the wrong spot, sometimes even if he’s right beside the object in question. The only option is to move and try again. 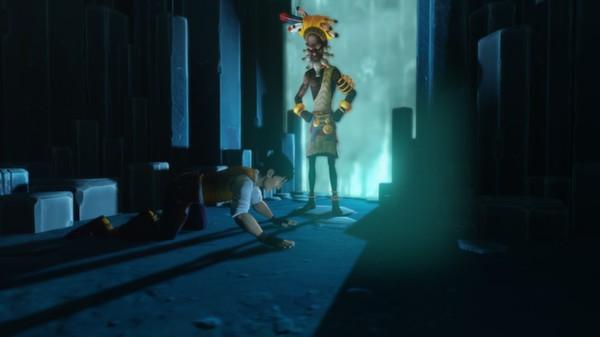 There are other, less obvious, but still irritating issues – the tendency of characters to repeat the same lines of dialog even when it’s no longer appropriate, such as talking about an inventory item you’ve already picked up as if it’s still there – but you get the idea. The amazing thing is that Jack Keane 2 – The Fire Within was released in Germany in April 2012, meaning that Deck 13 and Nordic Games have had more than a year to tune it up for the English market, and yet this is one of the most “not ready for prime time” adventures I’ve played in a very long time. There may be a reasonably competent adventure game inside there somewhere, but not one nearly remarkable enough to justify the aggravation of getting to it.