Isoland Review: Then Came the Strangers

A great number of rewarding puzzles, varying from logical to deductive to inventory-based.

A strange, albeit shallow story to uncover.

The world’s lore feels incomplete, with mysteries or characters’ purposes not entirely fleshed out.

Isoland is a beautiful point-and-click puzzler with a storybook aesthetic that immediately draws you into its bizarre and enigmatic world. Although its plot feels disjointed at times and many of the game’s mysteries favor memory over deduction, it makes up for these shortcomings by providing players a plethora of puzzles and the freedom to solve them at their own pace.

You, Dr. Cotton, end up on the eponymous island after a friend asks you to investigate the strange electromagnetic readings that have been emanating from its vicinity. You arrive via rowboat with only a few Polaroids, a map of the location, and your curiosity. This character is just a vessel for your first-person puzzle-solving; you won’t learn his backstory or hear him speak, but there are a few notes addressed to you scattered around the world. 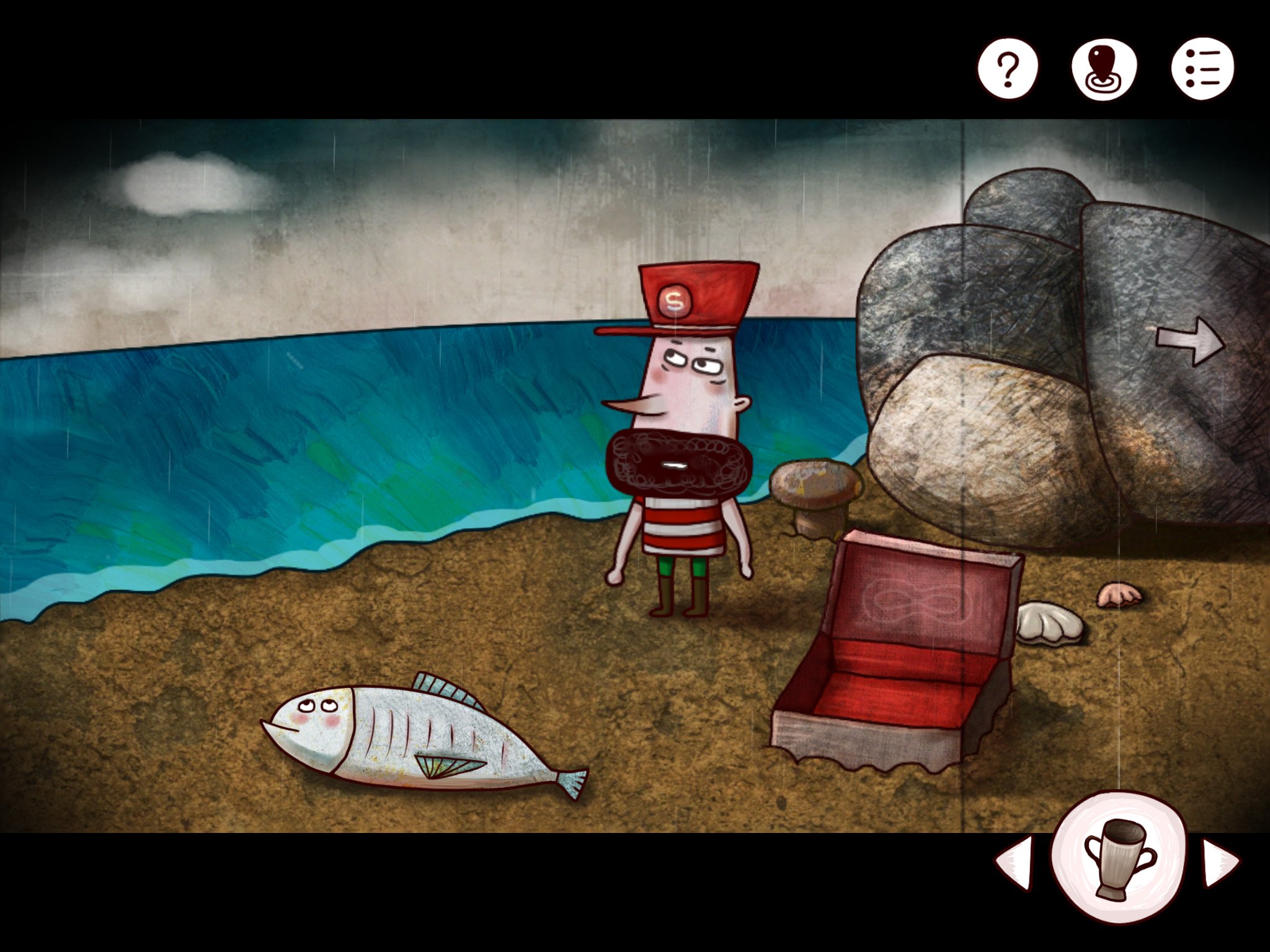 That puzzle-solving is the focus of your time on the island and begins the moment you step out of the boat and onto the dock. Isoland is one big puzzle in itself, but to solve the mystery of what’s going on here you’ll need to make your way around the island and into its many locked or hidden areas. Although there are multiple locations to visit, Isoland feels more like a larger-scale escape the room game than a classic point-and-click adventure. The characters you meet have little purpose beyond providing hints and even seem unaware of anyone else’s existence: the lighthouse keeper can tell you how to enter the temple, but he doesn’t seem to care there’s a crashed astronaut in his backyard. The ship captain knows there’s a sea monster’s corpse in the factory but not who’s manning the lighthouse. Most of the environments are also designed as a means to this puzzle-solving end rather than world-building blocks, creating an odd collection of locations whose association is primarily a shared puzzle symbolism rather than a knowable history.

Despite this disconnection, Isoland remains charming thanks to its sheer confidence in randomness and engaging thanks to its rapid-fire collection of puzzles. Because of the constant slew of new challenges, every successful action you take opens another path, offering immediate progression with each step. Doors must be unlocked via standalone logic puzzles ranging from nonograms to Noodles-esque pipe connections. Dozens of items scattered about the world must be found and their purpose uncovered, from simple keys with matching locks to mysterious triangular stones carved with runes. Every location in the game, from the starting lighthouse to the mysterious temple, features wall writings and symbols with a greater purpose than mere decoration. 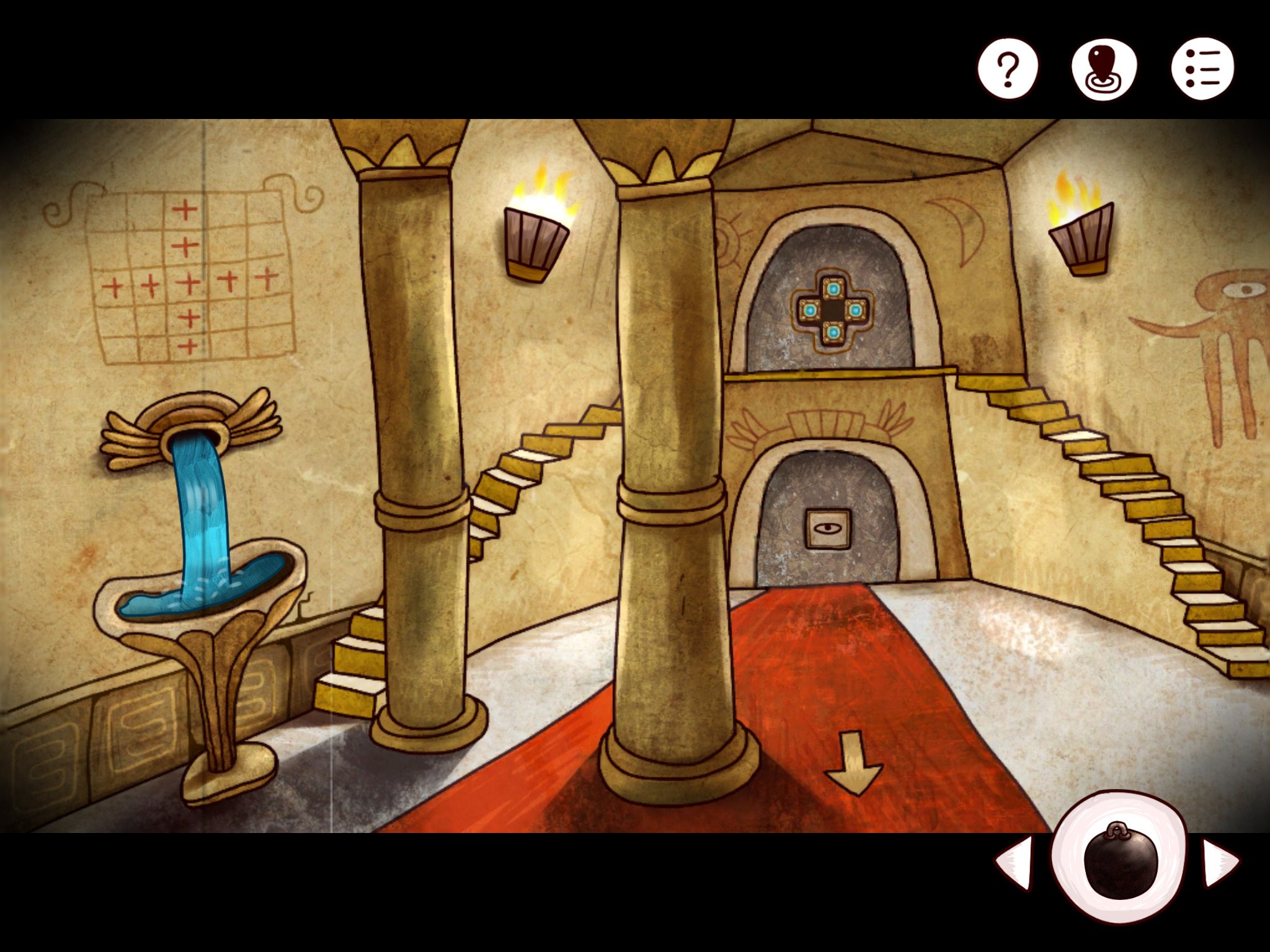 These symbols and their associated puzzle solutions are often some of the most rewarding in Isoland, but also the most exhausting. Some require multiple layers of decryption, such as finding numbers tied to symbols transcribed to colors. You’ll pass many of these solutions before stumbling upon their related puzzle, so solutions often involve remembering the exact wall you saw a related image, or backtracking to every location until you find it.

Even when you’ve tracked the solution down, you may still need to jump back and forth between locations to input the answer correctly, traveling through multiple screens for a single symbol. You could keep a physical notebook handy and jot down every strange scribble you come across, but it would have been preferred if the developers included an in-game collection of what you’ve seen—perhaps via tracing paper or taking pictures—or a method of fast-travel from the map. 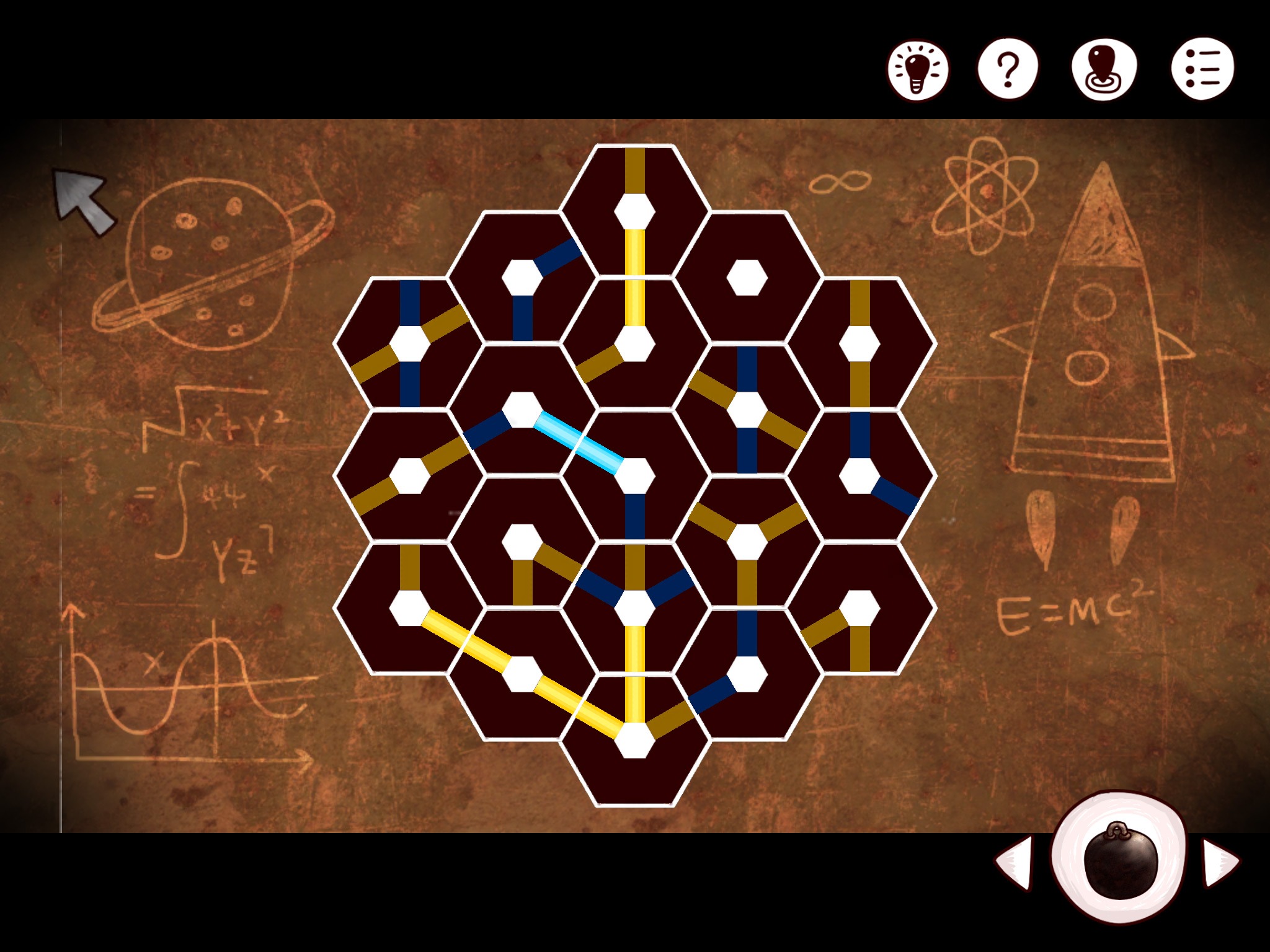 Despite the occasional exasperation of retracing your steps to relocate an answer, Isoland does a stellar job of including every solution you’ll need within the game itself. Besides the answer keys adorning random walls, the game also offers a free hint on where to use items or how to solve challenges in exchange for watching a video ad.

If this hint doesn’t help, you can buy the full solution for $0.99. I would have preferred a higher one-time purchase to unlock all hints in the game—if you find yourself stuck those single-item hints add up quickly—but the video ad tips are usually helpful enough to push through any mental block. 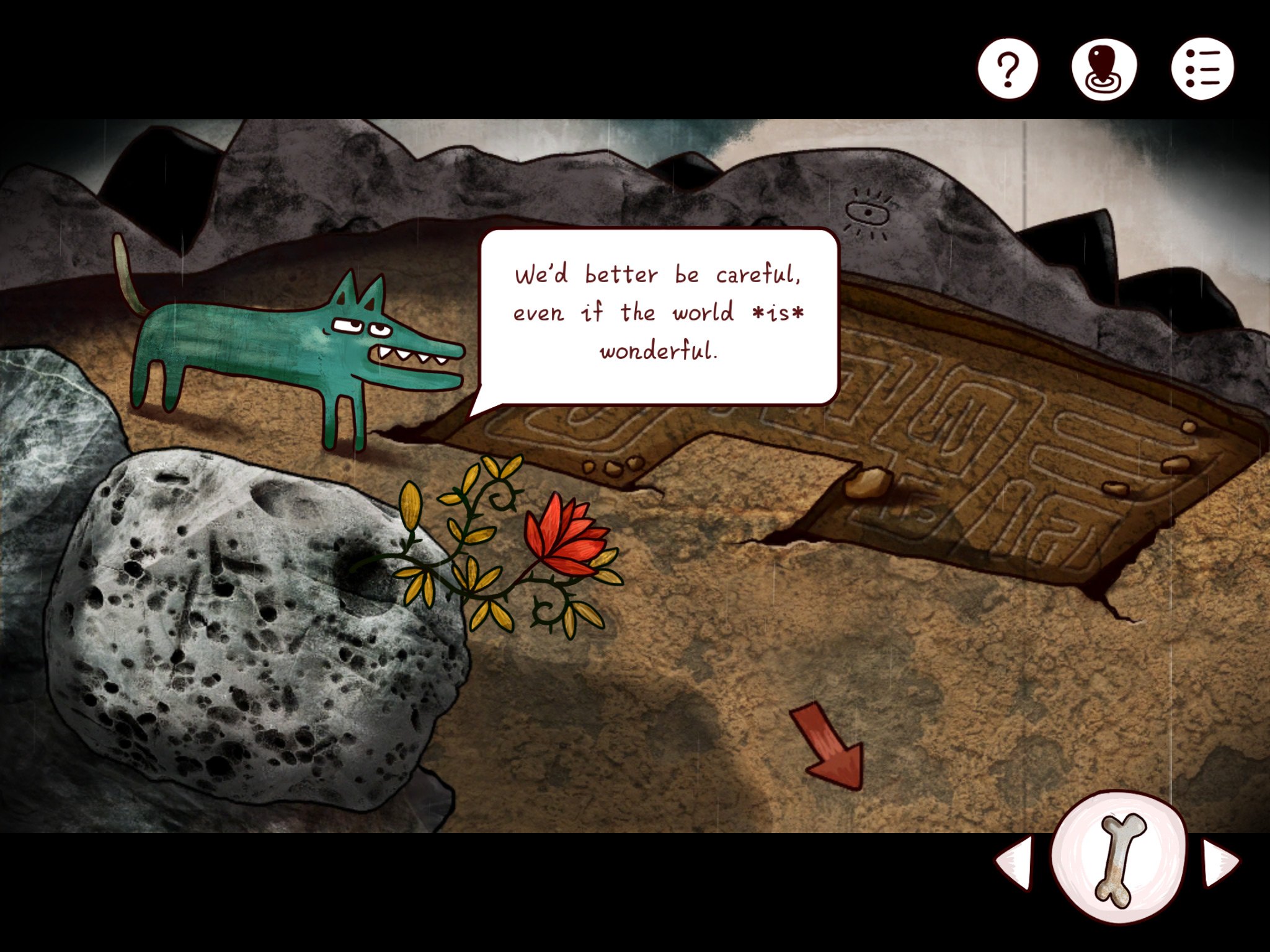 But even once you make it through all the game’s puzzles and to the actual ending, there will still be unsolved mysteries. Isoland’s sparse plot is an unusual combination of sea monsters, aliens, ancient deities, and talking dogs. Its puzzles feature real world solutions—connecting wires to turn on a TV, using a crowbar to pry wooden boards—and surreal occurrences—pyramids rising from the sand, alien autopsies going awry.

Some characters seem perturbed by this commingling of the mundane and the magical, but for the most part, it’s simply accepted as how the world exists. Players who can also accept this world, its random collection of characters and creatures, its unanswered questions, will find it’s a puzzle worth pondering.