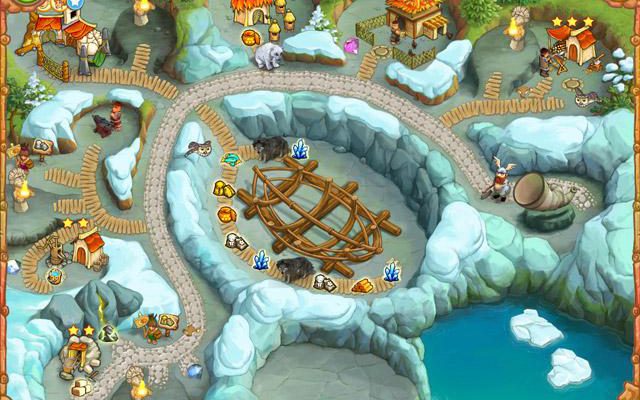 No game is an island

Realore’s Island Tribe saga has reached its fourth installment, and we find our friendly islanders challenged with one more quest: to help save a formerly evil Shaman from his curse across tropical islands, ancient Egypt, China and even Scandinavia. But while Island Tribe 4 comes with all of the time management gameplay that we’ve come to expect from the rest of the series, it still falls short of the genre’s best games.

Each level in Island Tribe 4 comes with a fairly standard selection of tasks, from repairing bridges and homes to collecting large amounts of materials. Using a handful of workers, you’ll click on resources like wood, stone, grain, crystals, etc. and will need to balance their use as you work to complete each of your current tasks. While most levels are linear, giving you a solitary path to go down for completion of the entire stage, there are instances where strategy and forethought are absolutely required for your success. 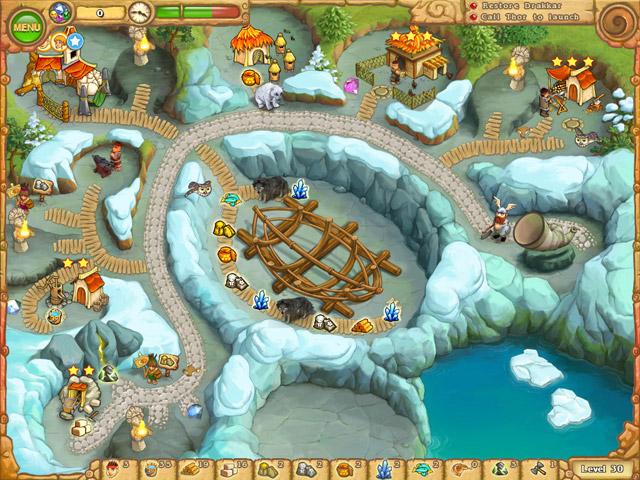 While it’s a rare occurrence, Island Tribe 4 does allow you to back yourself into a corner, with no more available resources and an obstacle that can’t be removed because you completed things in an inappropriate order. When this happens, especially after you’ve already dedicated so much time to a stage, it feels more unfair than anything else and definitely brings the game’s entertainment value down a notch. What’s more, as certain levels are covered with clouds that can only be revealed as you continue to play, it can sometimes be incredibly difficult to plan ahead, since you literally can’t see what’s waiting for you under those clouds.

That being said, the game does come with some nice touches, like the ability to queue actions or even cancel actions before they’re completed to save time, and a large variety of gameplay environments, both above and below ground. These underground levels are especially interesting, as you’ll be required to light campfires, causing the scene to glow. Plus, as the game’s difficulty quickly increases as you play, you can choose from multiple difficulty settings and even eliminate the level timer altogether if you’d rather have a more casual experience.

Unfortunately, each individual action in Island Tribe 4 seems to take too long to complete, and while you’re encouraged to upgrade items to increase their productivity (like upgrading a quarry to produce more stones at once, for instance), these upgrades require precious resources that you will likely need elsewhere, and dedicating them to these voluntary upgrades could be the difference between finishing the level on its “expert” time or even failing a level altogether. There are some tasks that seem unfair in this regard, as they require far too many single ingredients to complete, with no warning that you’ll need this many ingredients as you play. Unfortunately, that’s one of the biggest overall issues in Island Tribe 4: the game expects you to know everything there is to know about its resources and tasks, without a lengthy enough tutorial to familiarize new players. 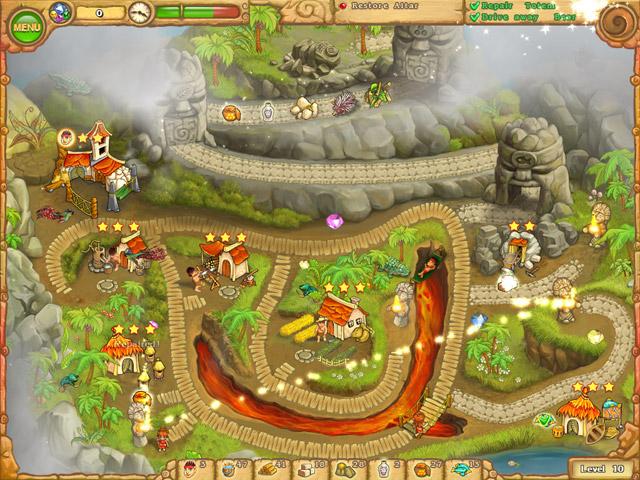 If you’re looking for a challenge in the time management series, you should look no further than Island Tribe 4. Its colorful graphics and fun environments make for an entertaining time on the game’s easier difficulty settings, but those seeking difficulty can definitely have their fill as well. It’s just unfortunate that the game’s tutorial is so lacking and its tasks so challenging, as new players might be too put off by the setup to continue to play the game to its completion.

Journey: The Heart of Gaia Review