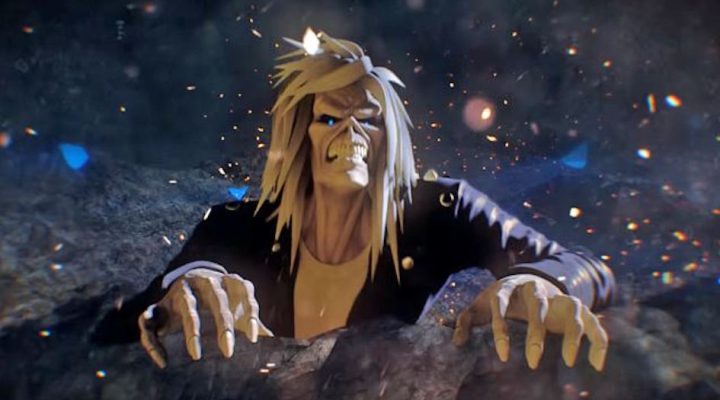 Iron Maiden: Legacy of the Beast is that rare creature of a tie-in. It’s a free-to-play RPG that’s not only fun for those who love Iron Maiden, but it’s also great for those who aren’t interested. Granted, its wealth of nods to the band ensure that fans will get the most out of it, but it’s still a pretty good game regardless of your musical tastes.

The layout is a straight forward one. You negotiate your way between levels via a typically freemium style map layout, attacking everything in your wake. Iron Maiden: Legacy of the Beast offers a storyline to follow as players attempt to help Eddie piece his soul back together. It’s a simple one, but reasonably enticing and the visuals fit into the tone of what’s unfolding. 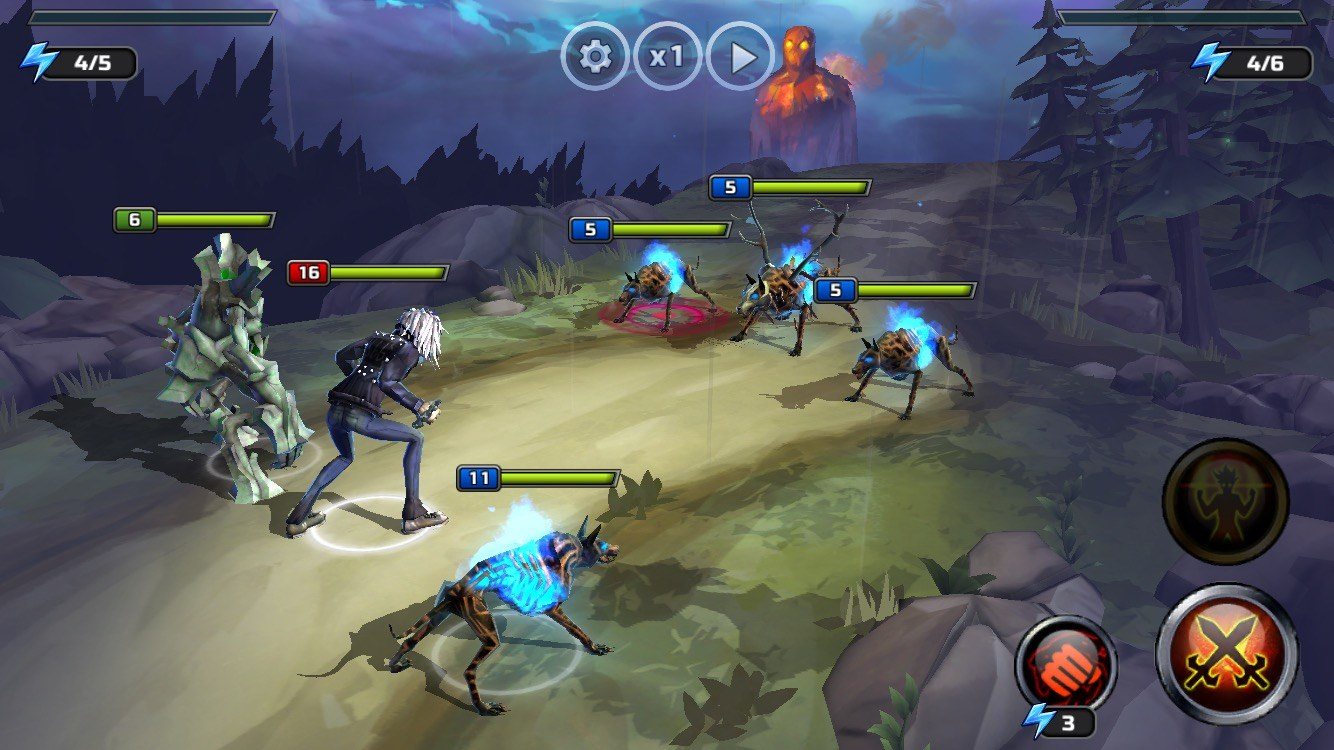 Where Iron Maiden: Legacy of the Beast is at its strongest is through its combat system. Effectively, you control various different forms of Eddie, representing looks from different albums. Each guise comes with a set of different powers and abilities. Some Eddies are more defensively focused than others, while my favorite mostly just goes crazy and rages at its foes. Alongside that are some other characters to help you, but they don’t have the personality of Eddie.

Combat is turn based. You choose an ability to use before unleashing it at your enemies. Some special abilities require you to interact further, such as by hammering a finger to the screen, or tapping at key moments to keep the rhythm. It’s the kind of thing that you can pick up fast, but that ensures you’re not fighting on auto pilot all the time. Iron Maiden: Legacy of the Beast highlights which enemies are weakest via a traffic light system of colored rings underneath the foe. Taking heed is wise, as this is a game where the difficulty soon ramps up. 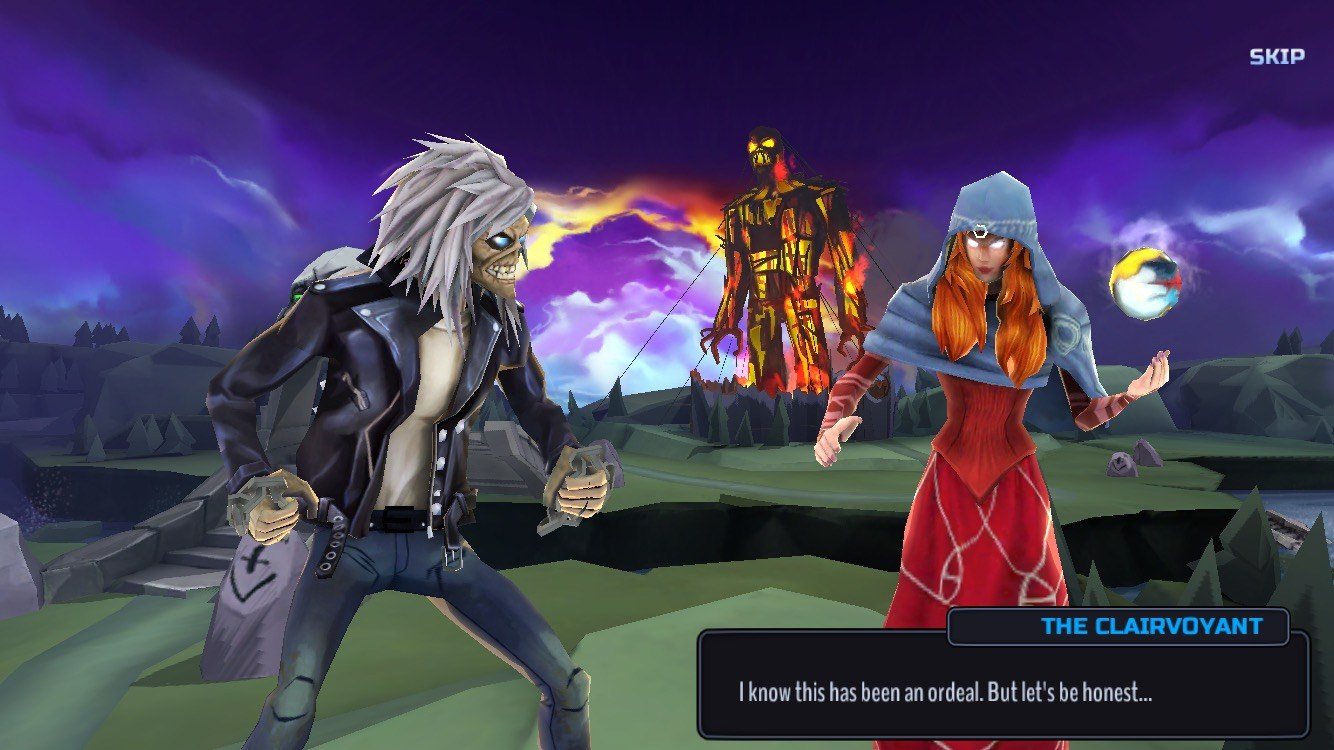 That’s ok, though, as your skill set also improves. As is customary for any freemium game, there are plenty of options for upgrading. You can level up your team by combining shards. The interface is reasonably clear, meaning a quick glance shows you just how much experience you can gain for using one or more shards. Similarly, you can form new teammates by using captured soul fragments in a portal, unlocking new characters to use.

The key to success throughout is by knowing how to combine such skills to be most effective. There’s a constant balancing act between using new characters, or sticking with your tried and tested formula. At first there’s not much to worry about, given that Iron Maiden: Legacy of the Beast starts out quite gently. The difficulty soon ramps up though, and you’ll find yourself needing to focus on the strategy behind battles, as much as what actions you perform.

Somewhat optimistically, Iron Maiden: Legacy of the Beast offers up a hardcore mode too for those that really want to be tested. That’s a good sign for its longevity though. There are plenty of levels to tackle, and plenty to sink your teeth into here. The only real downside is a typical free-to-play inclusion — an energy system. That does restrict how many battles you can partake in during one session, but it’s reasonably well balanced at least.

Ultimately, there’s enough here to remind you to come back for more, with its fan service being a particular delight, especially when it comes to offering previously unreleased tracks. However, even non-fans who enjoy a solid RPG should be able to rock out to what Iron Maiden: Legacy of the Beast has to offer.

Magic Cards Solitaire Review: As Pleasant as a Pinch of Fairy Dust