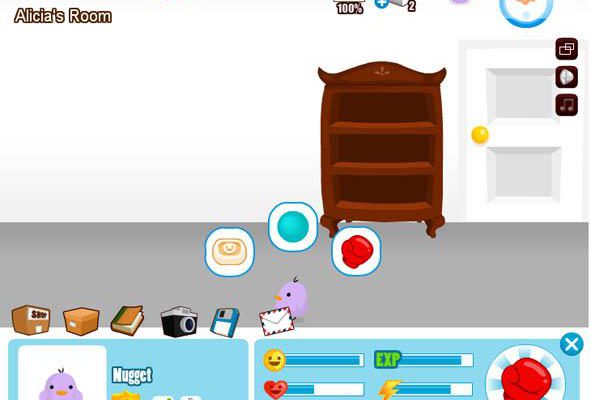 iPet is a virtual pet game so simple that it may not really exist at all.

Virtual pet games were one of the first things to really take off on Facebook, resulting in a slew of mature, full-featured pet-raising sims like Pet Society. In light of that, it’s a little confusing that a game as rudimentary as iPet even exists. iPet is Facebook virtual pet gameplay formula boiled down to the very basics with a rudimentary fighting feature attached. The variety of pets you can own is pretty limited (chicken or rabbit, basically) and while the decorating options are appealing, a confusing tutorial and poorly-localized in-game text make the game genuinely hard to enjoy.

iPet begins with you, a blank-looking room, and a filthy, starving lump of a chicken. You can buy additional pets if you want, but they’re ultimately just variants of rabbits or chickens. You need to keep your pet clean with baths, happy by playing with it, and well-exercised by having it beat the snot out of other people’s pets. These battles are totally random and automated, so there’s no monster training element to gameplay. All that really matters is keeping all of your virtual pet’s meters high, not how you choose to take care of it or even what you feed it. 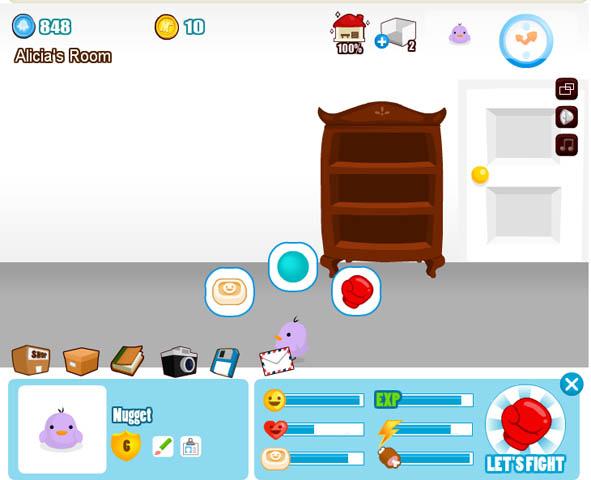 As you feed and exercise your chicken, it grows larger, happier, and healthier. It even sprouts proper legs and wings eventually! It’s hard to explain any of the finer points of the game beyond this, since the game’s tutorial is baffling and poorly-translated. It chooses to focus on things like how to buy items at the shop by clicking on icons instead of explaining how to raise specific meters or how to make your chicken win more fights beyond simply leveling it up. The game seems to just be a simple one where you grind your pet up to win more often. 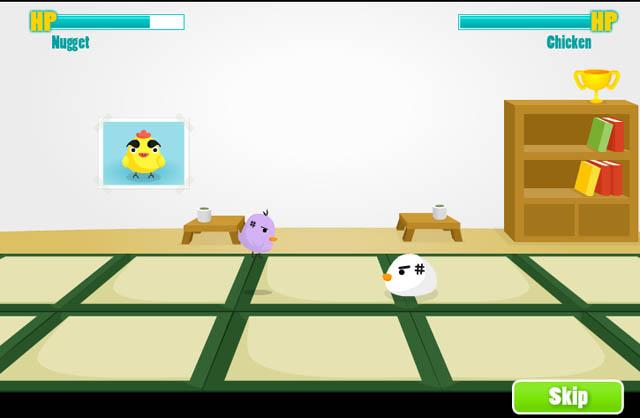 As you can see from the screens, the interface in iPet is quite similar to the one you’d see in typical virtual pet games like Pet Society. Your tiny pet has an enormous home to live in. Your pet earns money by fighting, which you can spend on decorations like wallpaper and enormous furniture. The range of decorations is strong enough to be appealing and the prices aren’t too unreasonable, but iPet just lacks the depth of older, competing games when it comes to this future. It might gain a better inventory in the future, but much of iPet‘s simplicity seems very intentional. 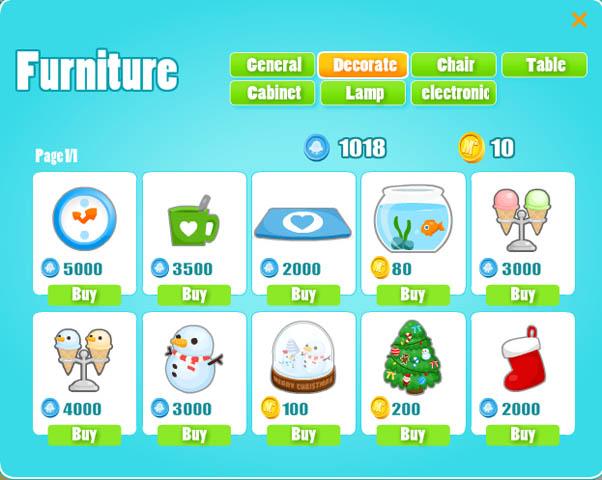 iPet is not really a bad game, just a bland one that suffers from a bad translation. If you like social games where you just relax and click your mouse until something cute or fun happens, you’ll probably enjoy iPet. It’s a game that doesn’t seem to emphasize restricting session time or managing energy, so if you get into raising your pet you can level up very quickly just by getting into a lot of fights. It’s not hard to get started on really customizing your space, too. There doesn’t seem to be very far to go in iPet, though, and this lack of depth could be a little off-putting when there’s so many games on Facebook that are both so similar and so much more.