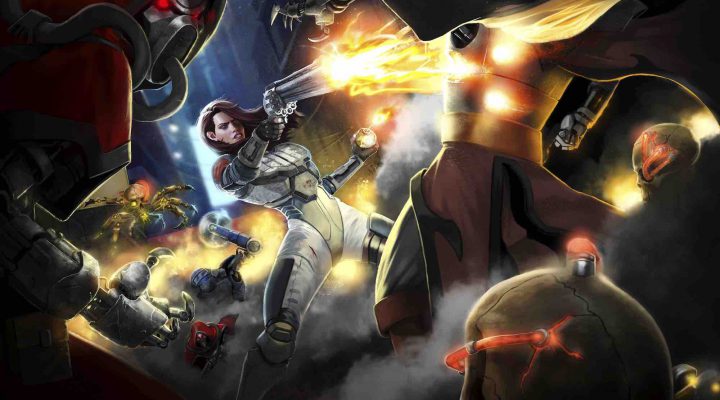 A little too hard

Some enemies are incredibly frustrating to deal with

In terms of difficulty Ion Fury is a throwback and a half. Actually, scratch that – it’s tough even if it was released in the nineties.

A first person shooter created with the Build game engine – famous for helping to develop classics such as Duke Nukem 3D and not-so-classics like Redneck Rampage – it doesn’t mess around when it comes to giving you a hard time.

For the most part it’s a challenge you’ll relish however, thanks to its incredible dedication to replicating the gloriously madcap shooters of the nineties.

Based in the futuristic Neo DC, Ion Fury has you shooting your way through multiple levels of increasingly deadly enemies. You’re equipped with a range of weapons to handle this though, and most are satisfying to use – including arguably one of the best FPS shotguns of recent times.

It’s safe to say that this game is a labour of love. It looks like it was a massive headache to programme, and it’s hard to believe you could squeeze much more out of the creaking Build engine than what’s on show here.

The environments are packed with a phenomenal amount of detail, and you can interact with almost anything. Scouring every area is often essential to progress too – this isn’t an experience that wishes to hold your hand.

Finding keycards and switches to progress is often tough enough, but then there are hordes of secrets that take a remarkable amount of dedication to uncover. The environments are superbly layered too, with enemies attacking you from a range of vantage points, high and low.

Ion Fury is a fast game, with the movement almost being too slick at times. The pace you can jump around stages can often be dizzying, but you’ll need to master the controls if you have any chance of survival – and the gyroscopic aiming, added for the Switch iteration of the title, comes in very handy.

Because, as said before, this is not an easy game. Enemies who can kill you with a single well placed shot are introduced early on, and things don’t get much simpler when foes are sniping you from every conceivable angle. This isn’t an experience where rushing into the breach all guns blazing reaps many rewards.

Instead, patiently scoping out the layouts and taking out foes one by one is often the only sensible tactic – but there are other times where you’re ambushed and you have to take cover in seconds if you’re to survive.

So Ion Fury is a game that’s old fashioned, but offers just enough razzle dazzle alongside its old tricks to make it a worthwhile adventure for those who grew up on Blood and Duke Nukem 3D – as well as those who are interested to learn a little more about why the Build engine era of shooters is so revered.