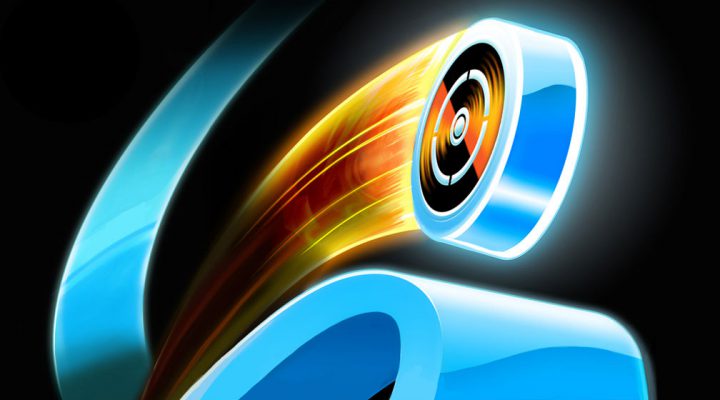 Great use of physics.

Unique use of adjustable character size.

Visibility of levels is often too restrictive.

Some repetition of levels within level packs.

If you want to give your new puzzle game an air of intrigue these days, it’s done through physics. But it’s becoming harder and harder to find new ways to make gravity into your plaything, especially when you’re trying to set up a system of gameplay mechanics that begin as simple and understandable (achieved because the objects within the game act like their real-world counterparts would) but expand into something intelligent and challenging.

Does iO accomplish this? In fact, it does, despite one or two design choices that drop like immovable obstacles in the path of the evermoving wheel you’re put in control of. 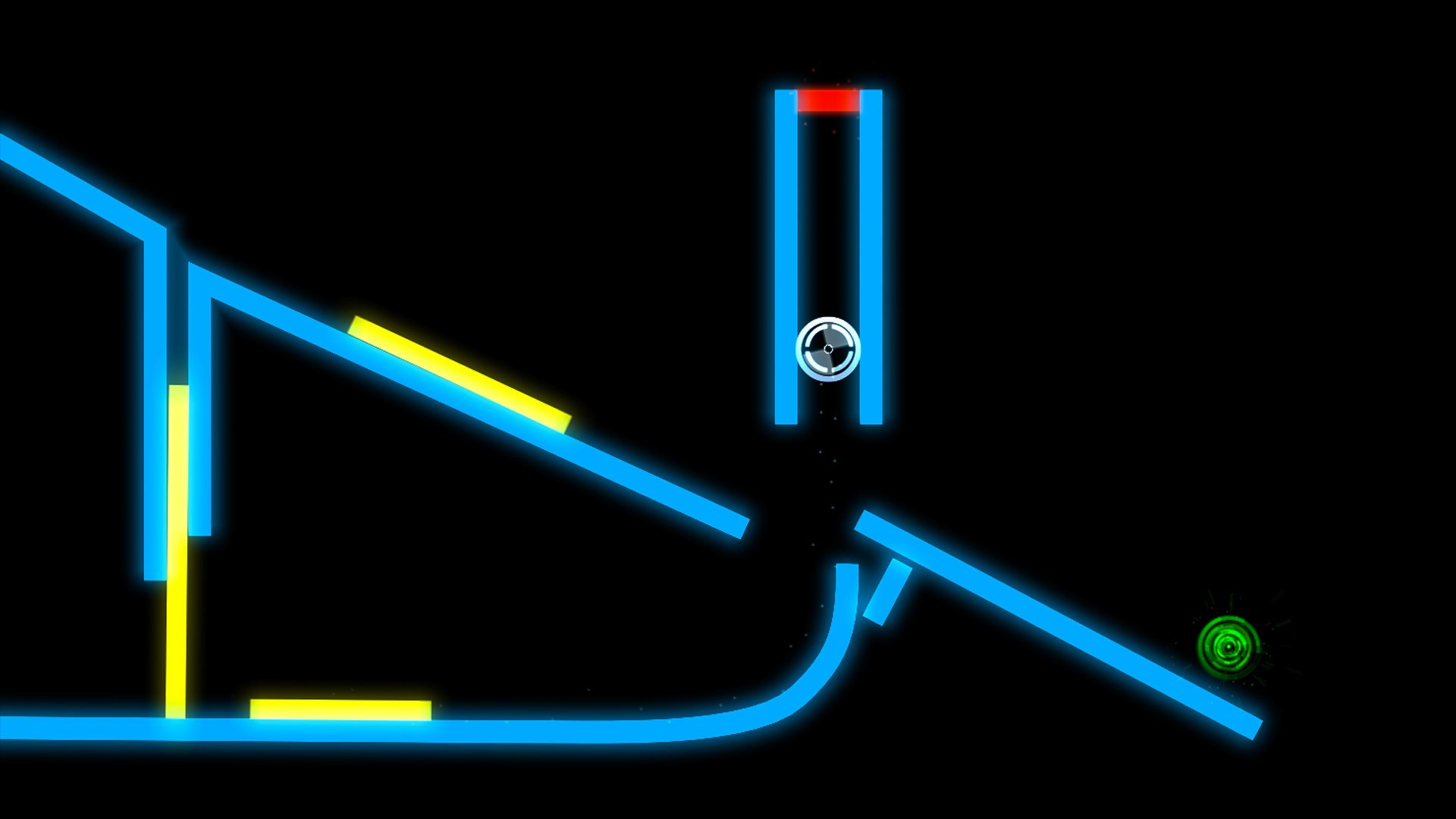 Minimalism is another essential aspect of a the modern smartphone puzzle game, and iO has it in droves (if that’s not too much of an oxymoron to handle). The level designs are little more than glowing blue lines, with your spinning wheel at one end, the exit portal at the other, and a few ingenious curves, jumps and obstacles making it hard to bring the two together.

Which, of course, is what iO is all about. Left and right buttons set your wheel off in the appropriate direction, and you need to build yourself enough momentum to climb the steep hills, while controlling the descent so you meet the gaps or avoid overshooting your destination. Simples. 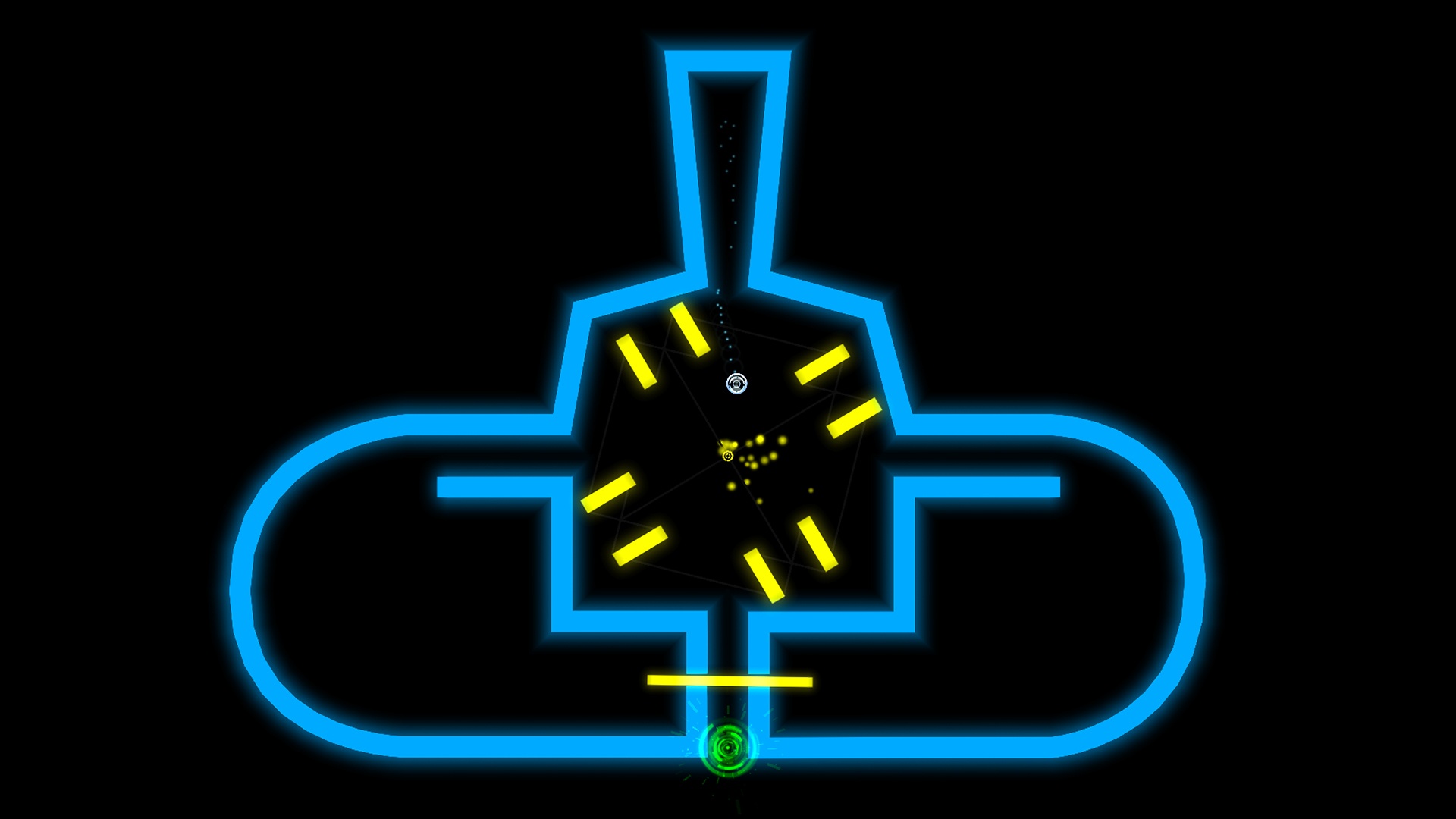 It’s easy to see how physics come into play here, but that’s only half of iO’s challenge. Up and down buttons shrink and grow the size of your wheel, which helps you in a variety of ways. For example, you might increase your size to roll across a small gap, and shrink it to fit through narrow pathways. But there’s another element to the physics in iO that takes a bit more effort to wrap your head around.

There’s a certain conservation of energy going on here, which increases the challenge significantly. Let’s say you need to make it up a steep hill, or even roll completely overhead. By increasing the size of the ball on the downward slope you gather a lot more momentum to get you up the other side. The game then throws you a curve ball by requiring you to shrink as you head back uphill. 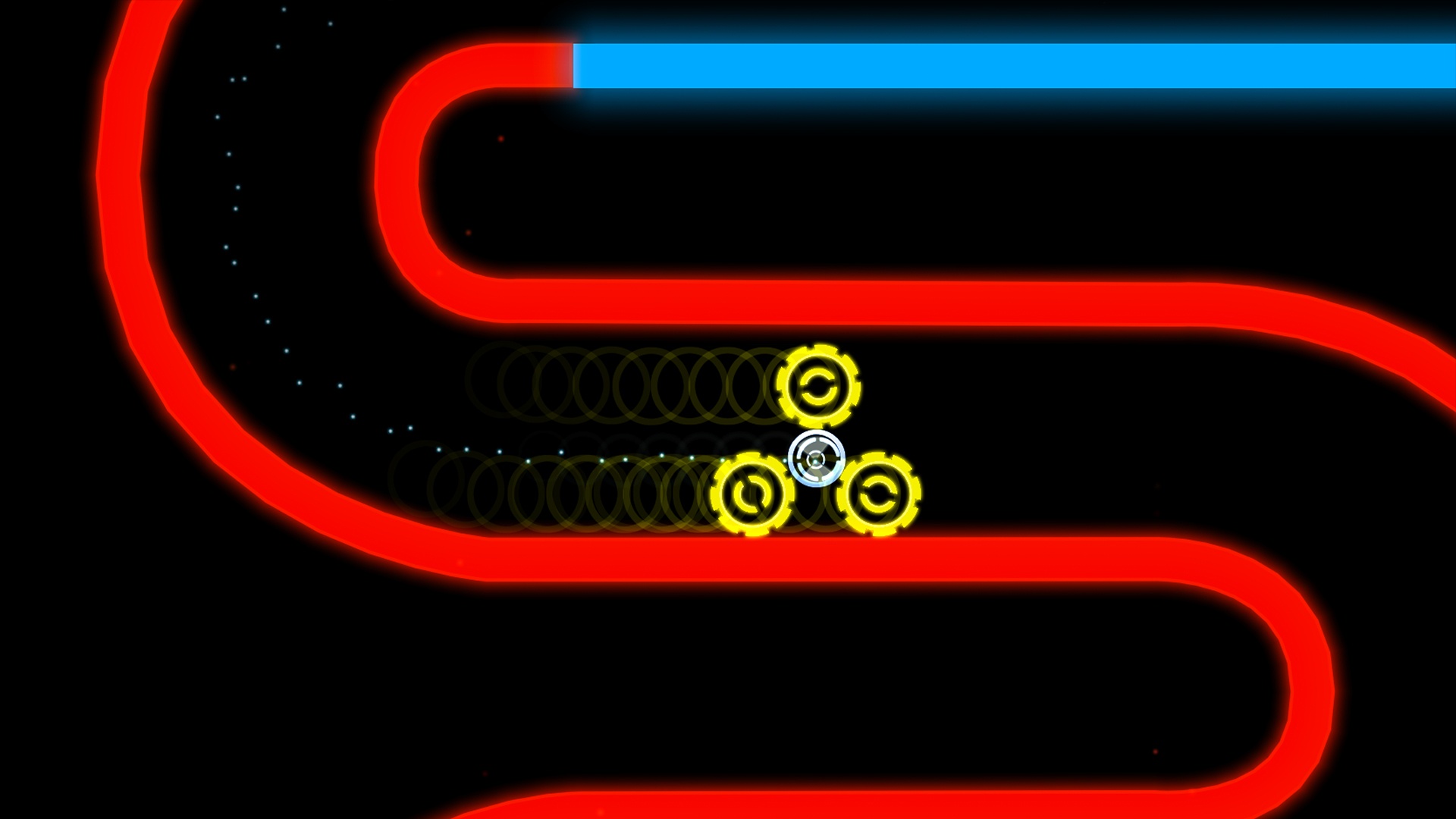 Again, due to energy conservation, this causes the wheel to suddenly increase in speed, since its mass has been reduced. Doing so gives you a boost to make longer jumps or climb steeper inclines than a large wheel could otherwise manage. Similarly, you might need to add mass to your wheel in order to push moveable platforms into position where a small object doesn’t have the oomph to shift them.

The levels become more ever more elaborate and intelligent, making iO a delightful challenge that constantly tests your understanding of the simple, yet intricate mechanics. However, it’s often a little reluctant to give you a good view of the challenge ahead, as the screen zooms in the more you shrink the wheel. So at times you’re flying entirely blind, given that the wheel had to be reduced in size to, say, jump a gap, and you can only assume that it’ll land as required.

Visibility is iO’s biggest obstacle, and there’s a sensation that you’re perspective is being deliberately limited to manufacture the increased difficulty of certain levels. Which would be a deal breaker if iO wasn’t already in possession of a great set of gameplay mechanics. It’s challenge doesn’t need to be artificially increased, if that indeed is the purpose (and if it isn’t, it’s a flaw in the otherwise superb design), so it’s a shame to play the game while feeling blinkered.

But none of this should stop the physics puzzle fan from snapping up iO right away. It’s packed with unique style and mechanics that give it an edge over similar titles, and the number of levels will keep you suitably addicted without suffering too much frustration during the tougher tasks.